New York-based Homepolish has been around for a year, but it has only recently become well-known in startup circles. Part of the company's relative anonymity is because it hasn't raised any outside venture capital. It doesn't plan to: the company was set up to be profitable from the beginning.

But that under-the-radar status is quickly changing: Homepolish recently designed the office of Codeacademy. And Sailthru. And Venmo. And Fueled Collective. And Betterment, and Newscred. And then, in a bit of a publicity stunt, the company revamped the offices of The Muse on two days with a shoestring budget. The company is taking advantage of the interconnected nature of startups: Once one startup uses a service, they all jump on board. 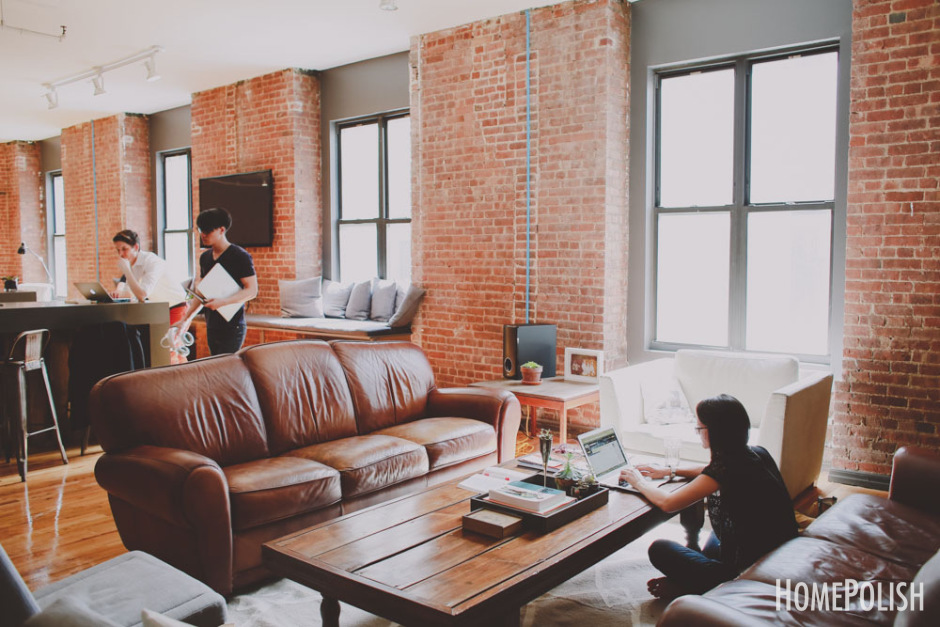 The company's goal is to flip the interior design industry on its head by making premium design services available to everyone -- residential and commercial -- no matter the budget, says co-founder Noa Santos. He worked as an interior designer, noticing that most of his industry peers were frustrated with the red tape of what is a very litigious industry. Most high-end designers only take clients with million-dollar budgets, which means they spend as much time dealing with insurance, contract signing and project management with contractors as they do actually designing. The business model is focused on fighting for the richest clients and taking a fat commission on top of the retail price of whatever the designer purchased for them.

Santos thought he could make interior design more accessible while helping designers do more for more clients with the help of the Web. "I wanted to let designers own the design process and avoid the project management," he says. So he teamed up with Will Nathan, a one-time private equity prof who was working as a front end developer at Buzzfeed. They built a platform to pair hand-picked interior designers with clients, who hire them by the hour, rather than by project.

Homepolish currently has 50 designers who work full-time as contributing designers (for context, there are around 73,000 interior designers working in the US). The company accepts around 5 percent of incoming applicants. Homepolish has hundreds of collaborations happening on its site currently, taking a five percent cut of hours billed.

The company is controlling of its platform, purposely avoiding a self-service type of marketplace. People want a curated human touch when it comes to taste industries like decorating, Santos says. Homepolish knows each of its designers and believes the hand-pairing of them with clients is part of its secret sauce. "We don't want to be a giant directory," he says. Naturally this poses some challenges in scaling, as we've discussed before. But in an area of algorithm-driven personalization, a human touch is often welcomed.

This shift from commission-style billing based on money spent on decor to hourly billing is more client-friendly for people with smaller budgets, because designers aren't incentivized by spending more. That means they are more likely to work with what a client already has, rather than suggest they throw everything out and start from scratch. It's popular with a younger demographic than your typical interior design clientele -- they have money, but they don't necessarily want to spend it all on decorating, Santos says. The average client spends anywhere from hundreds to hundreds of thousands of dollars for Homepolish decorating services.

Homepolish is currently live in New York and Washington DC, where it has eight to ten designers. The site plans to launch in San Francisco, Miami, Atlanta, Denver, Seattle, Chicago, Boston and Dallas.