The startup ranch of Santa Cruz

I'm writing this on a porch overlooking a garden of berries, flowers, and unsprouted vegetables of dubious variety to my untrained eye. Next to the garden, bees hover over a collection of white boxes full of honeycomb, and perturbed chickens squawk, dissatisfied with their food lot. Dividing the redwoods of Santa Cruz from the farm is a ramshackle building that looks like a stable for horses. Inside, a collection of engineers hover over microchips and airplane prototypes they're developing for what they hope will be an electric flying car.

This startup ranch of Santa Cruz, called Sproutwerx, is a far cry from your typical Silicon Valley incubator. Nestled at the end of a dirt road in the middle of nowhere, 15 to 30 techies (depending on who's in China overseeing production lines) work on hardware projects ranging from highly-tuned GPS systems and aerospace engineering to remote controllable iPhone holders.

It's the brainchild of entrepreneur JoeBen Bevirt, who made his millions -- now around $26 million in revenue a year to be exact -- by creating and selling the Gumby-like Joby GorillaPod tripod, among other inventions (and investments). When his subsequent company, Joby Energy, began developing flying turbines to generate energy from wind at high altitudes, Bevirt decided his team needed more space for building, tinkering, and testing their aircraft. He purchased the ranch 160 acres south of his childhood home, which was an electricity-free commune in Santa Cruz.

Although the ranch has electricity, internet, and other modern conveniences, Bevirt's unconventional roots in the commune have influenced his incubator's culture. When he was a kid "we had huge gardens and a big communal kitchen," he says. "It was an idyllic childhood" -- one that he wanted that for his own children. And like a commune, Sproutwerx lacks the shiny accoutrements of its urban counterparts. The engineers live in cottages and make do with a fluffy pooch named Winnie, a mountain bike for traversing the ranch, and a toilet that doesn't like to flush (as I learned the hard way).

The engineers work in a giant barn where they're developing a flying car powered by electricity, motors to make the flying car work, a GPS system that can predict position within a few centimeters, flying toy airplanes for consumers, and an iPhone-holding, swivel-tilt robot that you can control remotely. 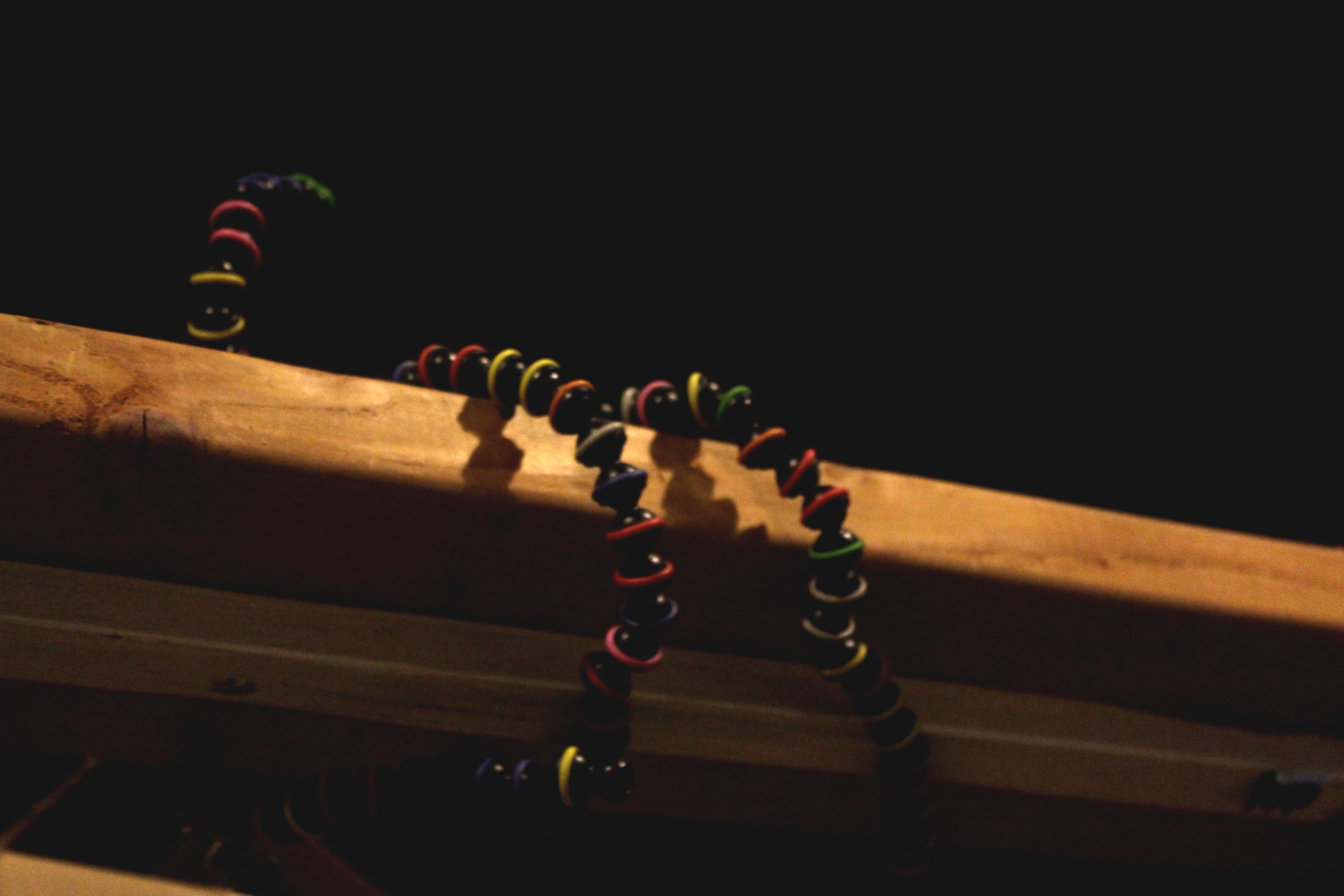 Surreal, futuristic gliders hang from the high ceiling of the barn. They're the original Joby energy flying turbines, and they look like they'd never be able to get off the ground. Brett Goldsmith, who has been working with Bevirt on and off for five years, spent an hour explaining to me the intricacies of the engines that allow the rectangular, boxy design to take flight. The Joby gorilla pods can be found wrapped around bannisters and table legs throughout the barn, little spiders of the Bevirt past watching over the hustle and bustle of the future. The barn has no air conditioning, and on the sweltering days I visited the techies had removed a few planks from the ground, leaving giant holes for the cool air from the earth to rise up.

The lifestyle isn't for everyone. At Taco Tuesday, the weekly dinner gathering at a local diner where staff from the various startups mingle and debate, the startup guys joked about how none of them have been able to find a girlfriend since moving to the ranch. Two of them considered holding a drink-off to decide who'd be allowed to ask their waitress out at the local diner.

"Other people have come from an urban environment and missed not being able to go out clubbing every night," Bevirt says. "After a couple years, it started to grate on them." 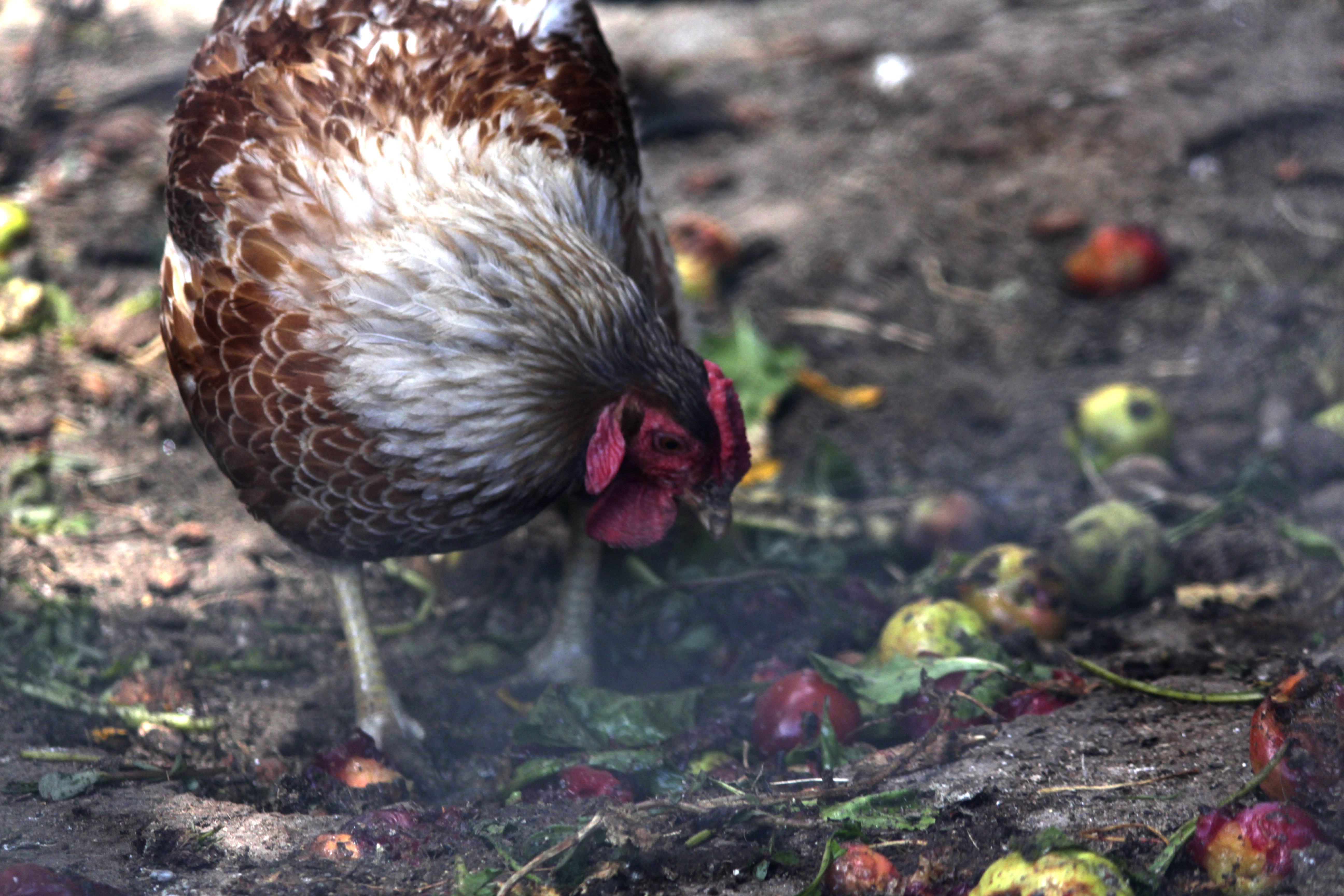 The ranch seems to self-select those who would be happiest toiling long hours in the heart of the redwoods. Goldsmith, Director of Flight Operations for Joby Aviation, says, "A lot of people are shlepping into the city, stuck in traffic and wish they could be out in nature on the weekends. I'm the opposite. I get to work in nature and then visit the city for fun."

The history of the ranch is convoluted, with employees of various Joby Inc. companies breaking off to form their own startups in the incubator. After Joby Energy succeeded at creating airborne vessels that could generate energy from wind, it merged with Makani, a wind power company which Google recently bought. Before the merger, a group of engineers decided to use the technology developed on the turbines to build an aircraft that could hover like a helicopter and fly distances efficiently like a plane. Thus, the incubator (and its first startup, Joby Aviation) was born.

Then came Joby Motors. It worked on the specific motors of the aircraft the Aviation startup was developing. Transition Robotics formed when members of the incubator realized that the turbines Energy had created were fun to fly, and could be sold to consumers. Then there's Swift Navigation, which is working on a low-cost GPS system which updates locations 50 times a second, much faster than consumer GPS systems and helpful for coordinated flyers. As one might imagine, there's a lot of crossover in employees and ideas among the various startups, to the point where some don't know who works for who.

Meanwhile, Play Machines joined when Bevirt invited his friend Jim Levitt to the incubator to fulfill his lifelong dream of selling launch gliders that act like remote-control frisbees. Finally, Bevirt came up with the idea of a robotic iPhone stand, and asked another friend - Josh Guyot to join the incubator to create it, under the last startup Motrr. 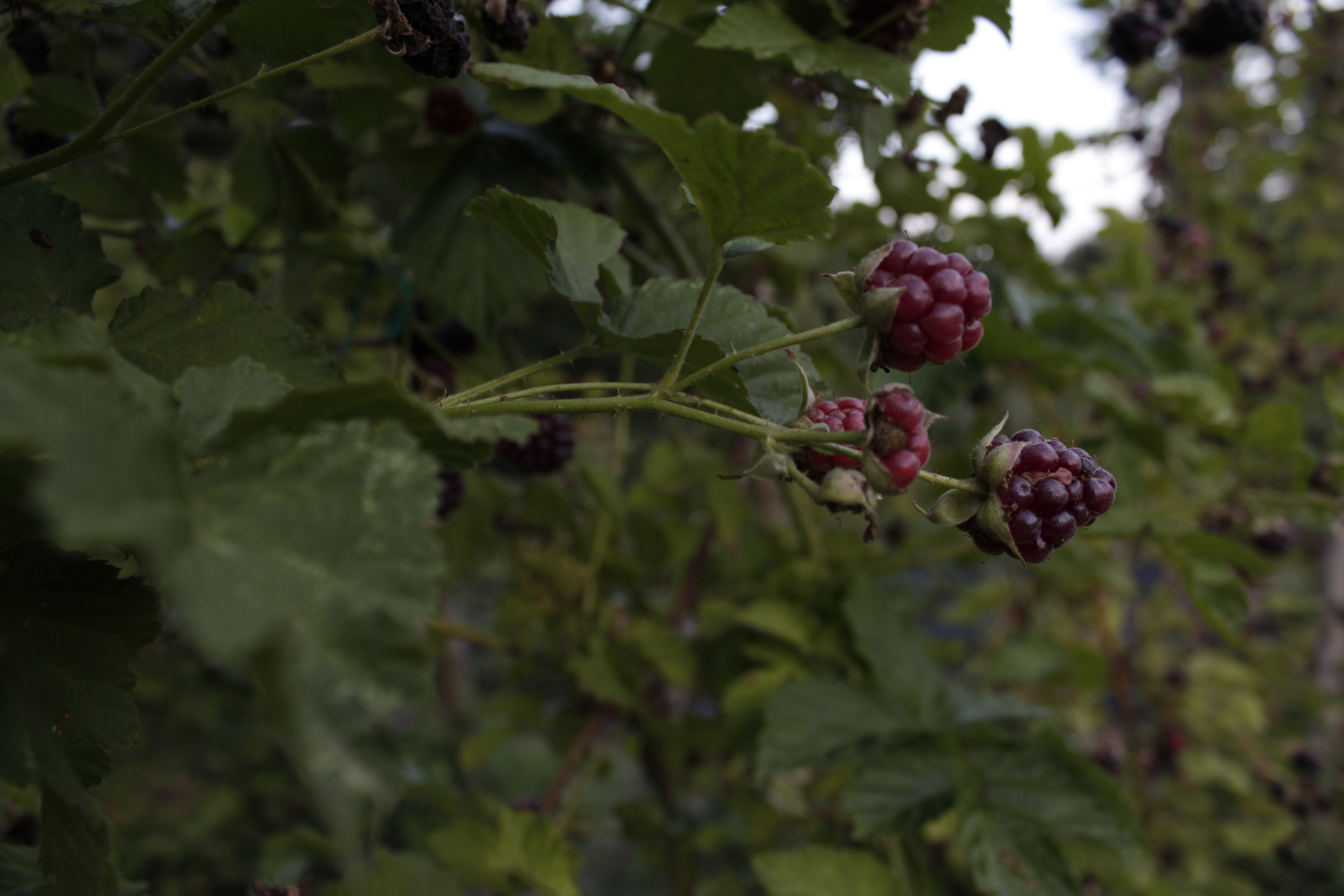 Almost as an afterthought, Bevirt hired a staff of 7 to 10 to tend to his extensive garden, which is called North Coast Farms. The engineers eat local. They grab eggs from chickens and pick berries in the backyard on their break. Imagine if Y-Combinator ran like this. And Bevirt sells whatever they don't eat to local restaurants (although he claims to give away food to his favorite Santa Cruz chefs).

None of these start-ups have received venture funding. Bevirt has invested his own money in all of the companies, to varying degrees, and the organizations have bootstrapped their way through survival.

"I have a strong aversion to losing other people's money," Bevirt says. "Somehow, it's less painful to lose my own money." But Bevirt is beginning to reconsider his  funding philosophy. "I think it would be good for these companies to have perspectives outside of mine."

In the near future, two new companies will be joining the incubator -- one in the energy sector, and another that aims to create a hybrid between aerospace and photography (think "automatous personal cameraman"). With those additions that brings the incubator up to 8 startups, not including the farm, which is also run as a business of sorts.

Bevirt's goal is to provide a framework and environment where there's low overhead cost, tools, knowledge and cross fertilization of ideas to allow engineers to build "transformative" companies. 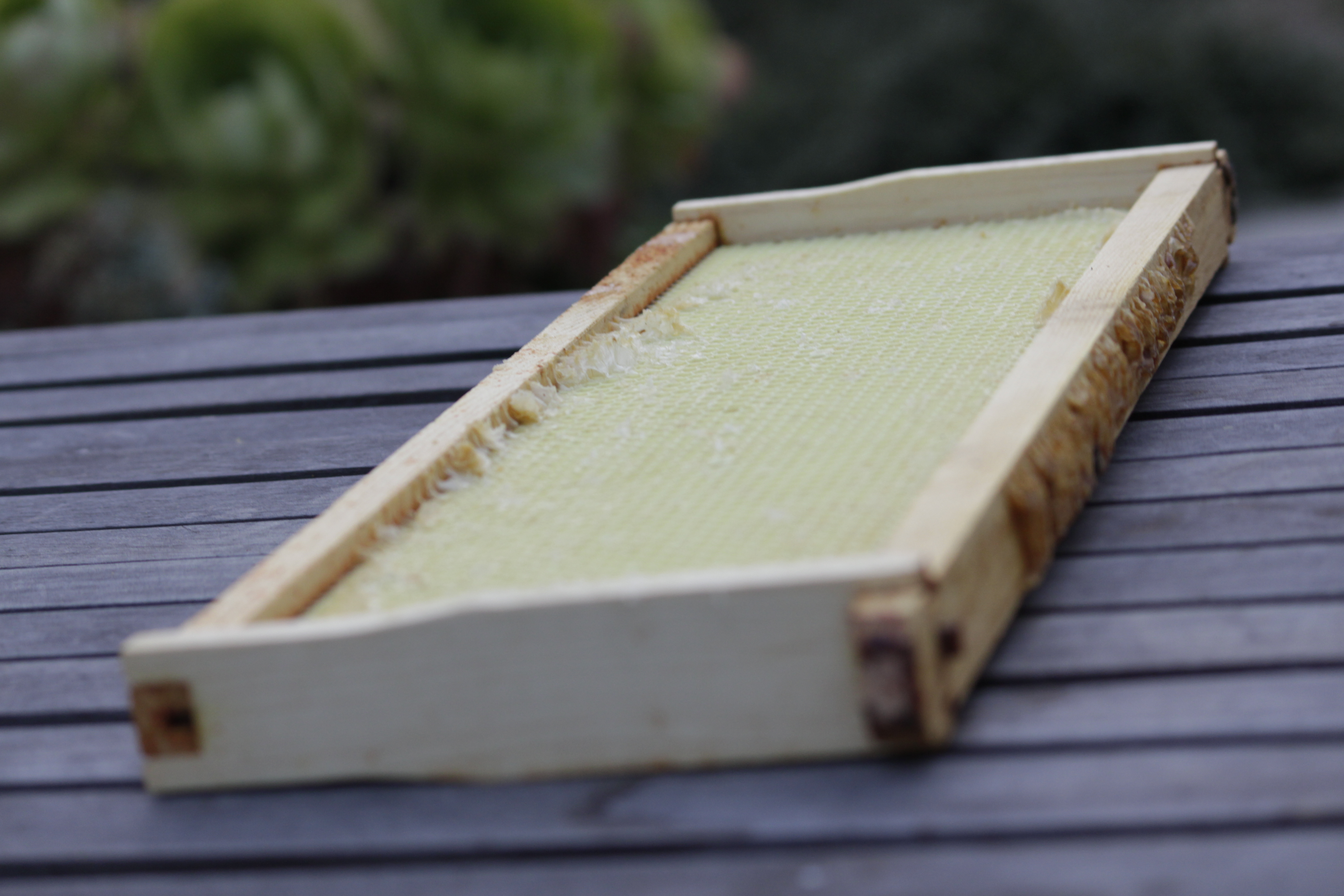 As I wrap up this post, I can see Bevirt picking berries on the edge of the farm. He hollers to one of his workers, "Do you see the honey formations on the boxes? We should look into that!"

And that's life at the Startup Ranch.