The startup world's little secret: Everyone's using TaskUs but no one is talking about it

In a two-story office building outside Manila, 500 people toil away for 50 famous tech and startup companies. They perform data entry, customer service, and photo retouching for TaskUs, an outsourcer.

TaskUs is the secret to scaling success for a chunk of Silicon Valley…but you've probably never heard of it, have you?

Bryce Maddock, the co-founder, isn't surprised. He's used to being the startup world's biggest little secret. TaskUs, a startup itself, employs a 500-person workforce under one roof in the Philippines. Said workforce is divided into "teams" that each work for different (mostly American) companies, doing a range of labor-intensive tasks that are expensive to scale.

Maddock and his partner Jaspar Weir are banking on the fact that most startups are fighting entrenched enterprises, and to compete they need to use their capital efficiently. The TaskUs sales pitch: cutting costs through outsourcing allows innovators to invest more in product and technology when it really matters. The founders see their role as enabling startups to do battle with the big boys.

TaskUs has flown under the radar almost accidentally since its inception in 2008. It never raised VC funding, and co-founder Maddock jokes, "We thought about raising funding [from family and friends] to get press. Then once the stories were done, we would just give it all back because we don't need it." 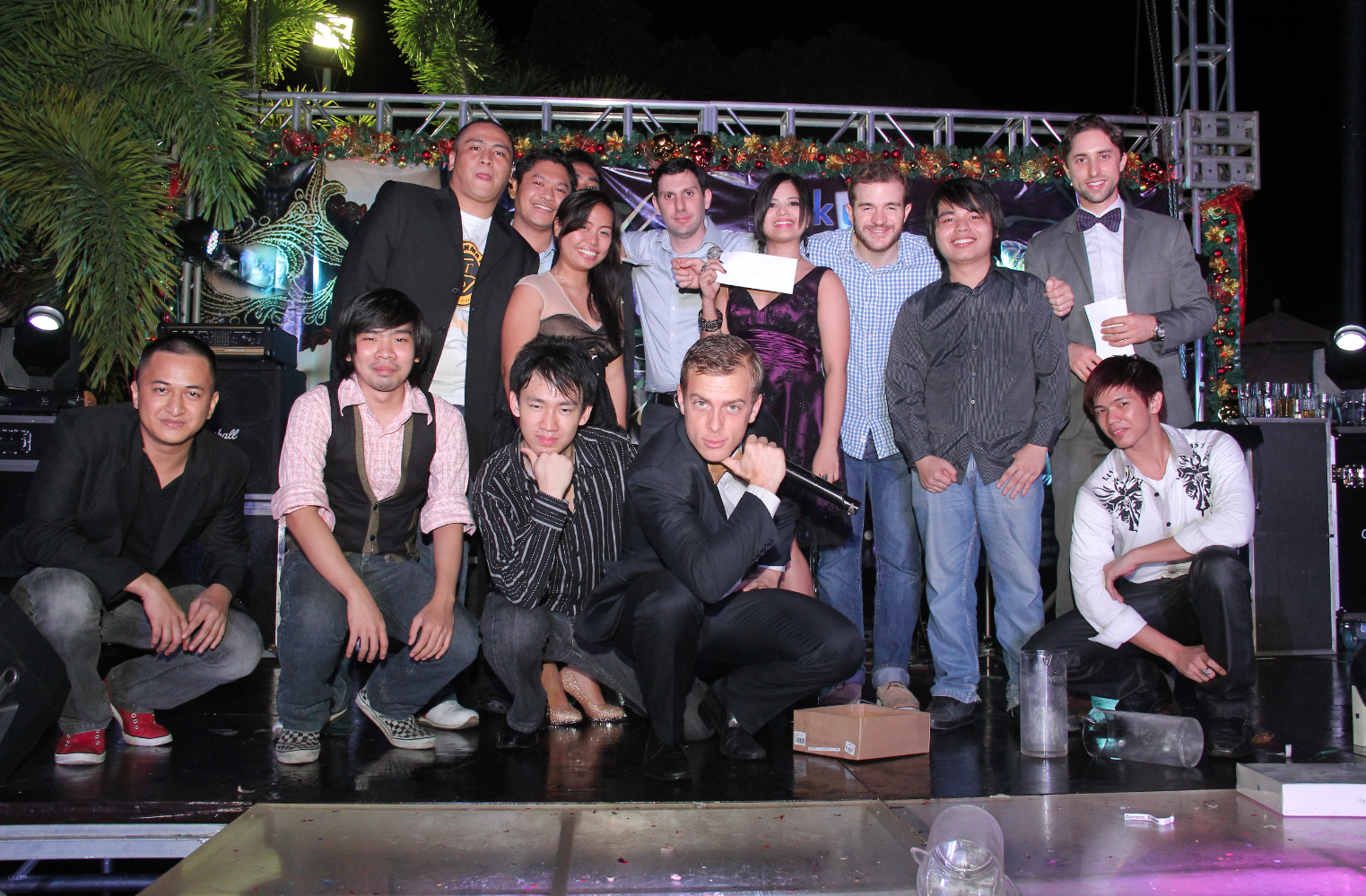 Part of the TaskUs Philippines team at the holiday party. Co-founder Maddock in front row, center.

The 100 companies TaskUs services (now or in the past) aren't exactly jumping at the prospect of going on record about using it. After all, outsourcing is a dirty word, particularly in today's post-recession employment prospects. The startup supports big names that I can't tell you, but I can say they're companies that Average Joe would know, like daily-deals darlings and international device sellers.

A few startups - like HotelTonight, HauteLook, and Getaround - did go on record about using TaskUs. Thomas Swalla, COO at Savings.com, and David Barrett, CEO of Expensify, couldn't say enough good things about it. I think the word "gushing" might be in order.

Expensify, which makes it easier for companies to do expense reports, hires 30 employees through TaskUs to manually transcribe information when its system can't read a receipt. Without TaskUs, CEO Barrett says Expensify could never have offered this aspect of their service to customers. "It's not like we could do this and charge a little more," Barrett says. "It would be so much more to do it here in SF hiring full-time people that we simply wouldn't do it."

Savings.com, a coupon site for major retailers like Kohl's and Sears, has 50 TaskUs employees correcting product information on automatically generated coupons. COO Swalla says the money it saves outsourcing that workforce allows it to focus on developing mobile products faster, to keep an edge on competitors.

Outsourcing, of course, always saves money, but it's the way TaskUs outsources that has these startups so loyal. Since TaskUs hires, manages, and oversees employees for other companies, it makes sure they get what they need from their outsourced workforce. "They insulate us from the daily details of trying to manage a team on the other side of the planet," Expensify's Barrett says. 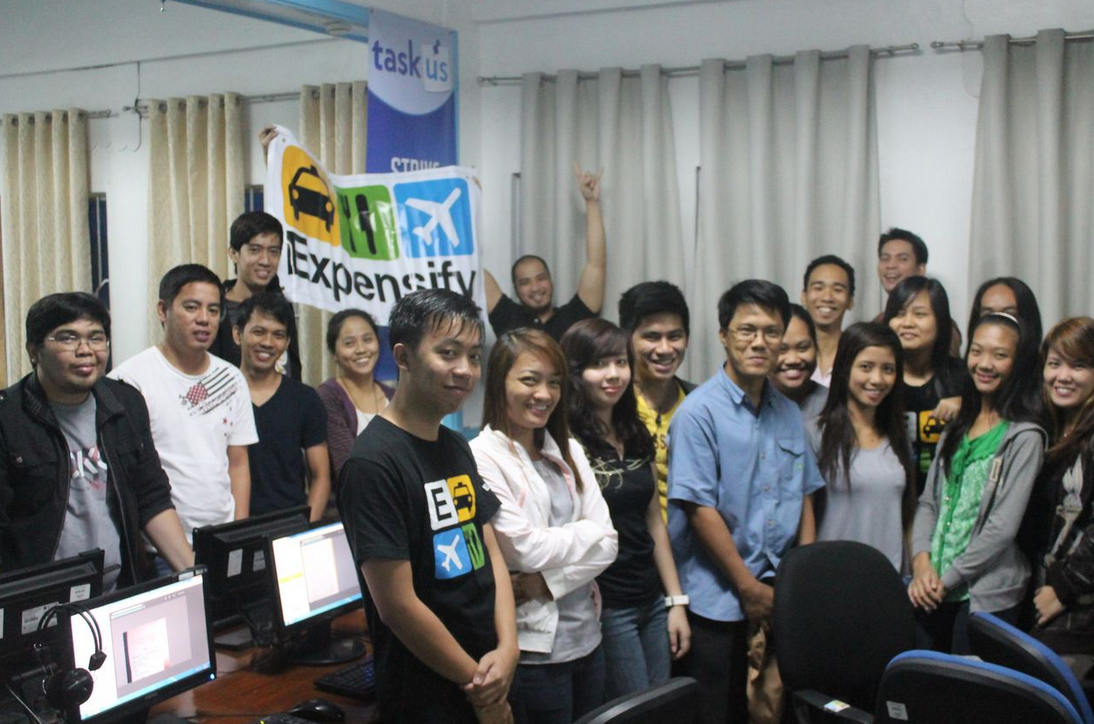 Expensify team in the Philippines

"We want them to be a part of our company," Savings' Swalla says. "Using the same technology, aware of how the company is doing." He argues that as a result of such integration, employees are more loyal and committed, care more about that they're doing, and perform better. 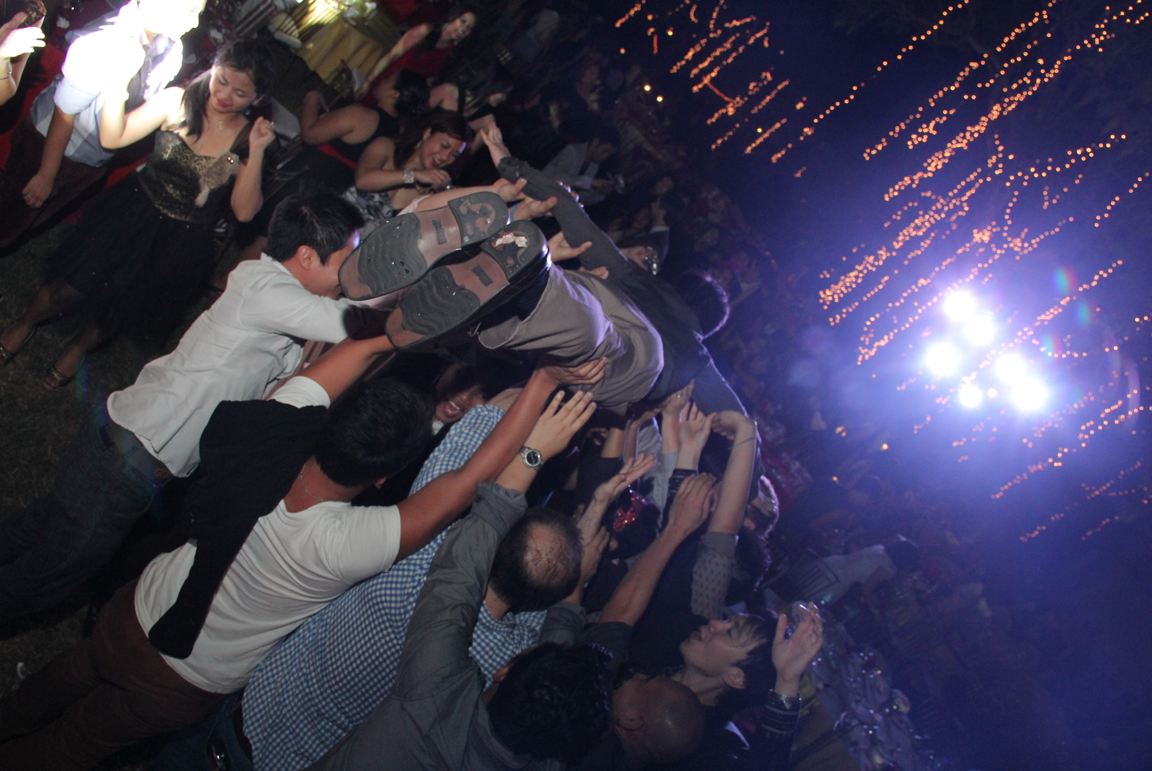 It's a happy medium between outsourcing companies like Mechanical Turk, where you can get work mass completed, but the quality is low, and companies like Elance, or Cogniance, which outsources trained professionals for jobs like app development,  engineering, or editorial. There's a niche in the market for a company that culturally integrates American startups with their cheaper, outsourced workforce, and TaskUs is tapping it. It's on track to bring in eight million in revenue this year, double their revenue from last year.

Maddock claims his employees get paid "above average" salaries in the Philippines for business process outsourcing (known as BPO in the Philippines) work, but he didn't want to reveal exact numbers. He's concerned TaskUs employees might get disgruntled to see where their salary fits in the pecking order. Most of his employees have bachelor's degrees, and some have masters in nursing or law but find that outsourced work pays better. All employees are full-time with HMO.

Without the numbers there's no way to fact-check how these outsourced employees' paychecks compare to cost of living. But the success of TaskUs seems to require that its employees are happy and fulfilled enough to do good work. After all, that's the reason a company like Expensify is using the more expensive TaskUs outsourcing instead of Mechanical Turk, where CEO Barrett said receipt transcription was prone with errors.

When I asked Maddock why companies that use TaskUs don't want to admit it, he was refreshingly candid.  "You can't skirt the fact that these are jobs that could potentially go to people in the US but instead are going to people in the Philippines," Maddock says. "That's criticism that we respect. But it's important to recognize that we're not trying to steal jobs – we're trying to make US startups more competitive."