Food52 lives out its ecommerce dreams with the launch of Provisions

When Amanda Hesser and Merrill Stubbs started Food52 in 2009, they had a grand plan for an end-to-end food experience online. Users could find recipes, watch cooking shows, participate in a community, share their own ideas, and buy everything they needed all in one place.

But as a bootstrapped enterprise (funded by advances and sales from several books), they couldn't build the comprehensive site of their dreams right away. So they started with the small but ambitious mission of taking on the toughest, most competitive area of food content online: recipes. If they could build a community around recipes, competing with the likes of giant Web 1.0 directories Allrecipes.com and Food.com, they'd know they were onto something. People thought they were crazy for wanting to compete there early on, Hesser says. 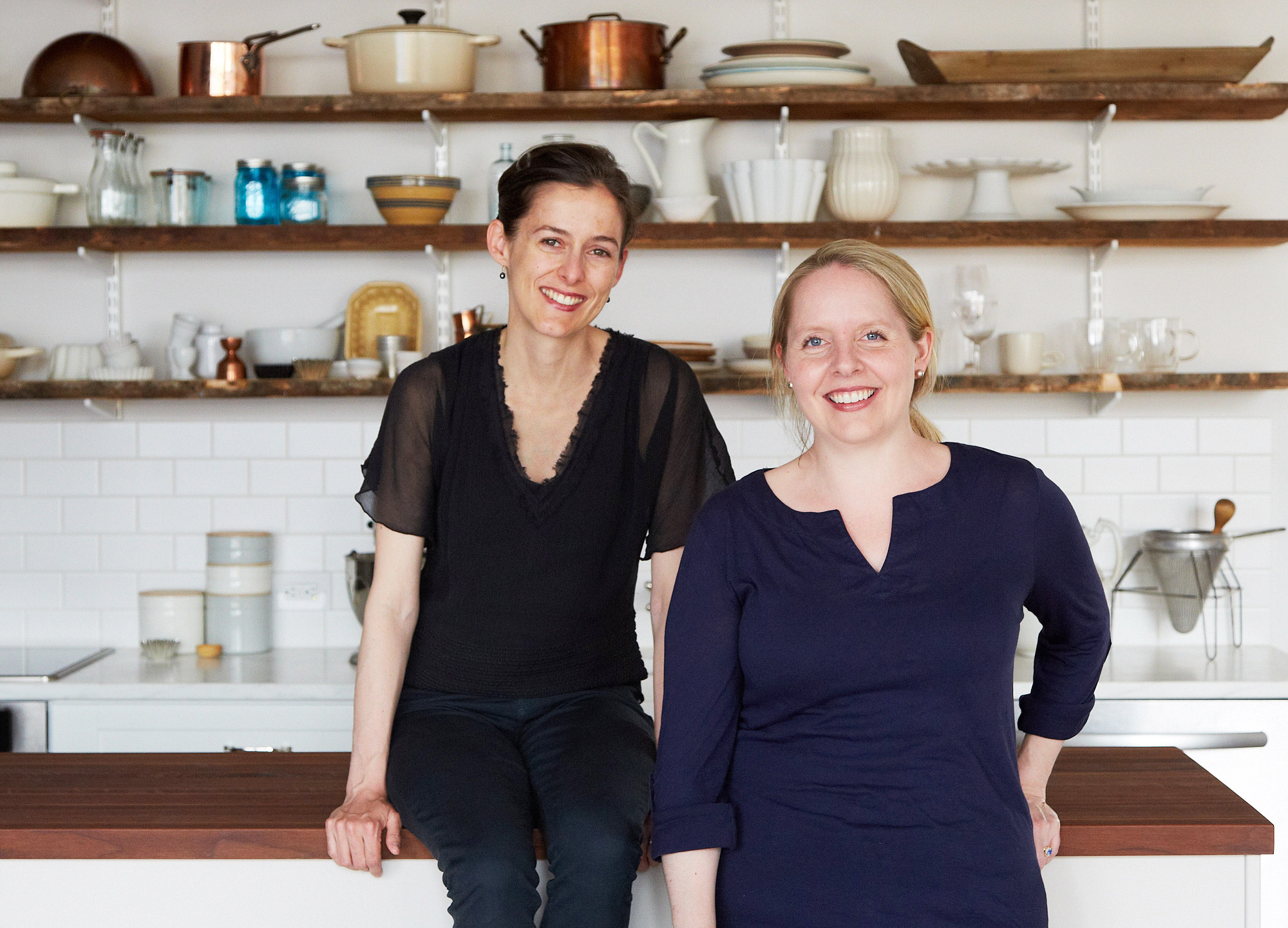 They published delightful cooking videos of themselves and curated recipe submissions from their readers. The editorial content set the tone for the quality of recipes and content Food52 was all about, and its community followed suit. Food52 eventually built an engine to let the community curate its own recipes, surfacing the best, most Food52-y ones. It was a crucial function the company saw missing in the big recipe directories. They added a Q+A section so readers could help each other with cooking-related issues, as well as bookmarking, photo sharing and rigorous recipe submission forms to weed out people who weren't committed to quality. "You don't just get all the recipes in the kind of jumble, but you get them in the order they've been vetted by the community," Hesser says.

It worked -- their special brand of cooking and entertaining built up a subscriber base of  650,000. The site has 1.7 million monthly uniques.

So Hesser and Stubbs raised some capital; first a seed round and then a proper Series A worth $2 million from Bertelsmann Digital Media Investments, Vocap Ventures, Zelkova Ventures, Lerer Ventures (a PandoDaily investor), and Joanne Wilson. The money was to built out their original vision, an integrated end-to-end site where readers could purchase the tools they need to make the dishes they read about on Food52 (including some ingredients like spices but not the food itself). They've experimented with linking to items and selling some things. Today the shop they envisioned in the beginning opens; it's called Provisions. 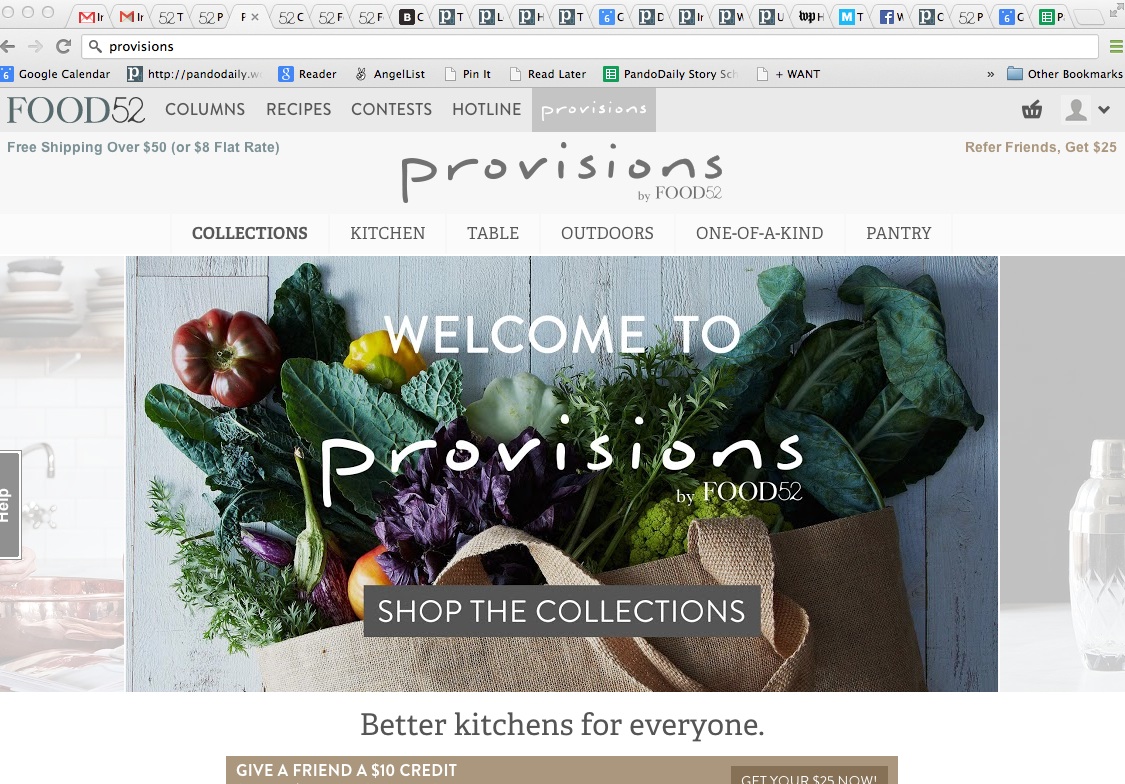 Food52 lives by a startup principle that helped Airbnb early on and others are quickly adopting: "It’s better to have 100 people who love you than 1 million people who kinda like you," in the words of Brian Chesky.

The site's traffic isn't huge -- not even among the top-read cooking sites. But thanks to its personal touch, readers are invested. The best (and frankly, easiest) example I can think of is my friends, who have celebrity-like crushes on Hesser and Stubbs. At the launch event for Provisions, in Food52's Flatiron offices, one of them gushed that even the pots and pans in Food52's kitchen in have celebrity status to her. That sort of attachment is exactly what Provisions can capitalize on. Now readers can buy the infamous pan Merrill used for Potatoes Au Gratin (or some version of it).

The site isn't competing with Amazon or even Williams Sonoma with commodity items that could be bought anywhere. Provisions' merchandizing includes artisanal spices that aren't sold online, items made exclusively for Food52, and a variety of dishes and kitchen tools used in recipes featured by the site's cooks. Hesser and Stubbs will curate gift boxes and DIY kits too, starting with a S'mores kit.

Hesser says that in the first few weeks of beta-testing Provisions, the average order value was 50 percent higher than she'd planned. It's a small start with many tweaks to come (including social features and improved recommendations). The ultimate goal is to be a comprehensive place for kitchen wares and gifting, Hesser says.

As with any "content and commerce" site (the digital media flavor of the year), the site must be careful not to erode trust with the readers as it sells them products. "We're never explicitly writing about products," Hesser says. "We have worked so hard to build out trust with our readers."

When a Food52 editor features a recipe that uses something from Provisions, it'll be photographed in that pan or tool linked to in the post. Over time, Food52 will have an archive of its Provisions items being used in its kitchen. For example, this $69 Pillivuyt Cake Stand has been used to photograph these "Coconuttiest Shortbread Cookies," a recipe saved by 139 readers. "We wanted to carry stuff we actually use and love and in a shoot them in a real life context," Hesser says.

As other content and commerce sites have learned, blending the back-end systems (Magento and Wordpress, for example) is not easy. Like Chloe and Isabel or Urban Daddy, Food52 had to build its own publishing system in-house.

Food52 has 20 employees. While it bootstrapped its way to near-profitability in its early days, raising venture capital has allowed the site to invest in building out Provisions (ie, it is not profitable currently). The site will continue to monetize with advertising in addition to revenue from commerce, Hesser says.