Infographic: How will Twitter compare to other big IPOs?

Yesterday, Twitter filed a Form S-1 for its impending IPO, valuing the company at $12.8 billion. But while Twitter will undoubtedly be the most talked-about IPO of the year, will it be as successful in the long-run as other anticipated public offerings? Will it soar like reigning start-up stock king, Google, whose stock price has risen almost eightfold since 2004? Or will it flounder on the public markets like Groupon and Zynga?

To put things in perspective we made a visualization showing the IPO stock price and current stock price of seven of the biggest public offerings over the past 10 years. 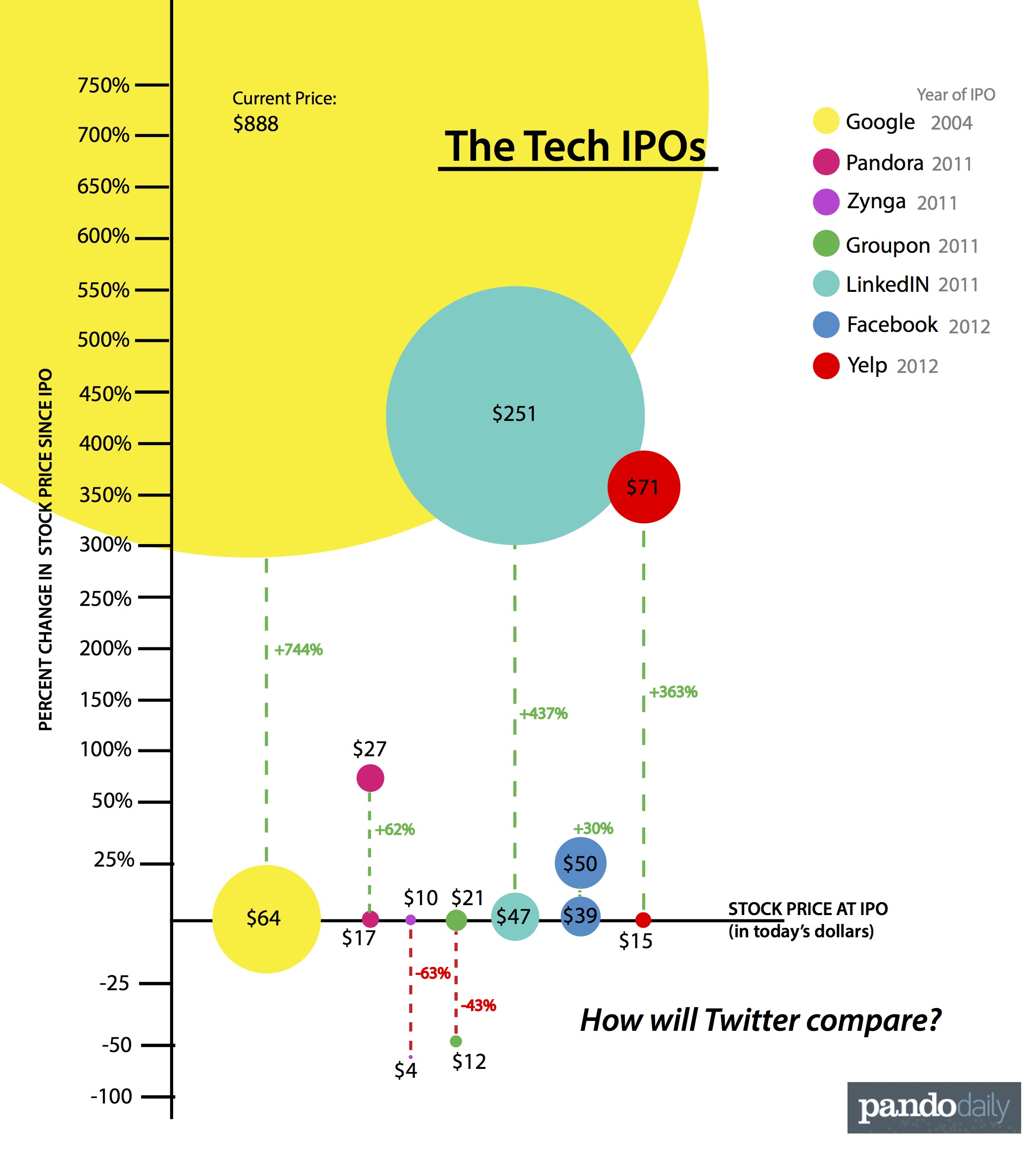 Even at $12.8 billion, Twitter’s IPO valuation is nowhere near the biggest in this group. When Google announced its IPO, the company was valued at $28 billion (around $35 billion in today’s dollars). And then of course there's Facebook, which had an IPO valuation of $104 billion.