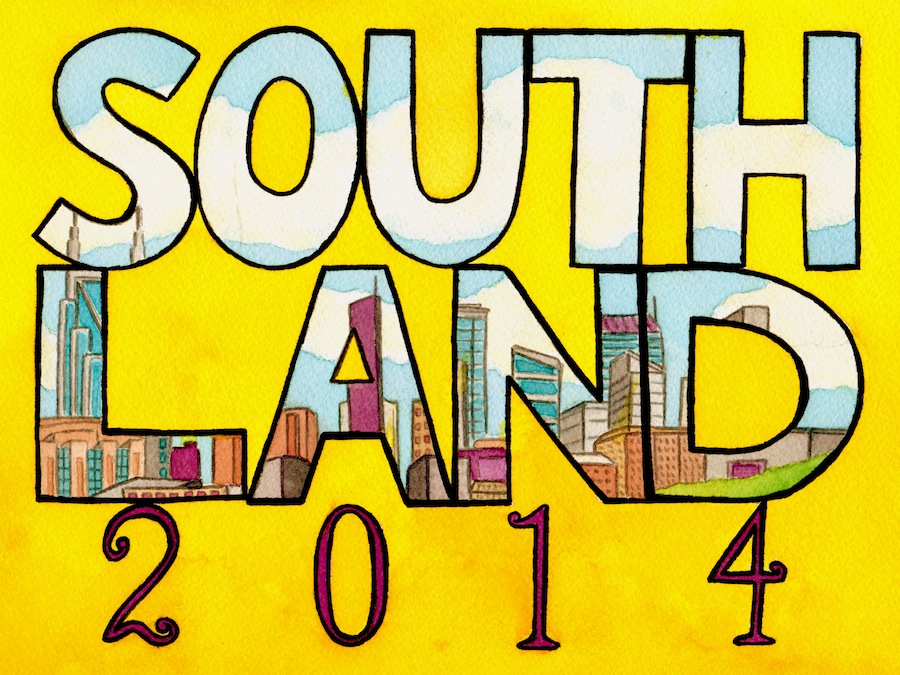 We all know the tech world needs another three-day conference like it needs another photo-sharing app. And yet I've always known that designing the next great three-day tech conference would inevitably be a big part of our business.

I wasn't sure how to reconcile those two realities. For 18 months now, I've told my board, investors, and team all the same thing: When we do an event of this magnitude I want people to be wowed, to walk away from and it and say, "Yep, that was a PandoDaily conference." I was confident I'd know it when I saw it.

Then, last June I saw it. It wasn't a vague idea. It was a reality.

I spoke at a conference  in Nashville, Tennessee called Southland. My good friend Mike Tatum had helped a government sponsored group called LaunchTN put it together in a manner of weeks. I'd just had a baby and wouldn't have trekked there for many other events, but I was immediately glad I did. Tatum and LaunchTN put together something remarkable.

Speakers had dinner on the stage of the Ryman Auditorium with Emmylou Harris. There was fried chicken and biscuits for breakfast, BBQ and artisan whiskey tastings in the afternoons, and a maker area where people handcrafted guitars. Never-before-seen startups debuted, and entrepreneurs, investors and the press flew in from New York and San Francisco to connect with them. Bands played in the evenings. And at the end of the event, everyone trucked over to the hottest music festival in America today: The Bonnaroo Music & Arts Festival.

It was something unlike what I'd been to before -- part Disrupt, part Big Omaha, part D, part SXSW (but for adults.) But also something totally new. Good as it was, I knew it could be bigger and better. I wanted PandoDaily to help.

After floating the idea past some of the staff to make sure I wasn't nuts, Tatum and I called Charlie Brock of LaunchTN and said we had good news and bad news. The good news (at least I hoped he thought it was good news) was that we wanted to be more involved next year. The bad news was he had to give us control over programming. Trust me, I said. We'll make it amazing.

After a few quick months of negotiation we struck a joint venture that's highly advantageous for both parties. LaunchTN will make sure the event has culture and southern flair. PandoDaily will bring the kind of programming that you've come to know us for, over 100+ hours of interviews with the likes of Elon Musk, Peter Thiel, Marc Andreessen and more.

There are a ton of intricacies and twists on the typical conference that we'll unveil in the months ahead. But all you need to know now is this: Next June 9-11, PandoDaily will be hosting an epic party in the South with BBQ, hot chicken, po'boys, whiskey, music, startups, regional artisans and startup legends from around the world. And you're all invited.

I will give you one early hint....we have also struck a partnership with Bonnaroo co-creators and producers A.C. Entertainment that will make for some very interesting entertainment options both during and after the conference. Let's just say if you're a music nerd, you're going to want to be at this conference.

We will be rolling out tickets with each major announcement. The first batch goes out today and you can get them here. These tickets are extremely discounted to the final allotment, so get them while you can.

[Illustration by Hallie Bateman for Pandodaily]