It doesn't matter that Facebook reported a blockbuster quarter.

In its earnings report today, the social network has, once again, quieted the mobile haters: Facebook now gets 49 percent of its revenue from mobile after only launching its mobile ads product a little over a year ago. In addition, Facebook blew its earnings expectations away, increasing year-over-year revenue by 60 percent to $2 billion, increasing its operating margins by 7 percent. The company's stock shot up as much as 15 percent in after-hours trading.

But forget that, because today's earnings announcement was marked by one single revelation: Facebook is in fact losing its cache with teens. This has been a fear for some time now. (And it's not just manufactured by the media -- marketers have been discussing it for the past year and analysts have addressed it more formally.)

Facebook hasn't sat idle through the accusations. The company tried to buy teenager favorite Snapchat, and when that failed, Facebook copied it, badly. More recently, Facebook made teenagers' status updates public in an apparent attempt to stay cool.

Our best analysis on youth engagement in the U.S. reveals that usage of Facebook among U.S. teens overall was stable from Q2 to Q3, but we did see a decrease in daily users, especially among younger teens.

He noted that Facebook wouldn't normally get into so much detail about its users, except the press won't shut up about it. (A paraphrase.)

Oh, Facebook. Did you forget that the stock market (and the media) runs on drama and irrationality? Well, here's a fresh reminder -- it does. Check out a few headlines that followed the disclosure:

Facebook admits young teens are losing interest in the site

and my personal favorite,

They're not just using Facebook less, they are fleeing!

Sure enough, the revelation did hurt Facebook's stock: It went from trading up 15 percent after hours to trading down 3.2 percent as of publishing this story.

Facebook has, more than any other Web 2.0 company, not given a crap about what others think, mostly because it never had to. Prior to going public, the company would push out changes to its platform, endure the backlash from users, watch it die down, and continue on as planned. But now, with quarterly earnings, shareholder meetings, and analyst ratings, Facebook’s value and success relies on investors’ irrational perceptions of the company. The company has learned a lot about selling over the last year.

Facebook still has an audience of 1.19 billion monthly active users. It still has 874 monthly actives on mobile. The company earned $1 billion in mobile advertising in one quarter, which will be around 16 percent of the entire category this year. Marketers want social advertising and they have to deploy large sums of money at at a time to big audiences -- Facebook is one of only a few companies positioned to do that.

Beyond that, I got the impression that Facebook is trying to fashion itself more of a Google than a Snapchat, not chasing the fleeting attention of teens but working on big-picture projects like Internet.org and its artificial intelligence team. The company's singular goal of making the world more open and connected has morphed into a three-headed hydra. Today, Zuckerberg said that in addition to connecting everyone in the world, Facebook now aspires to understand the world (through data!), and help build the knowledge economy (through ads!).

Whether the stock market and media buys into Zuckerberg's big picture story is another thing. At least the teenage drama overshadowed that other potential drama around Facebook's business -- the fact that its ads don't work. 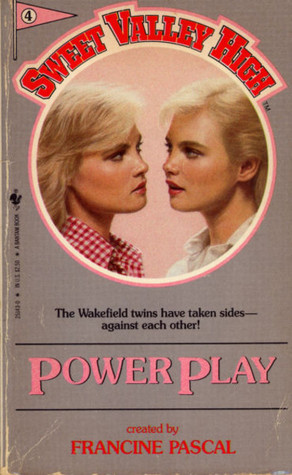 A Forrester report issued this week, accompanied by a rather dramatic "open letter" to Mark Zuckerberg, argued that Facebook was failing its marketers by promising engagement but not delivering it. The report included a survey of marketers who said Facebook ads provided the least satisfying ad performance of all their marketing channels. This, like the teenage drama, is a persistent theme. It reared its head just before Facebook's IPO when General Motors pulled $10 million worth of its business from the platform. GM returned to the platform a year later.

In today's earnings call, Sandberg came prepared to counter that argument, trotting out countless case studies and stressing Facebook's commitment to measurement. The company has stopped pitching itself as an alternative to TV, or as something disruptive to the ad industry. The message is that Facebook is now a one part of a balanced ad campaign breakfast -- just one piece of a big, important package.

But no one from the peanut gallery (myself included) was terribly concerned about click-through rates or engagement or brand lift. We're too busy fretting about the youths.