This whole "content and commerce" trend isn't dead yet, according to StyleCaster

"Content and commerce" wasn't working for Refinery29, but across town, StyleCaster is going all-in on the strategy.

Over the last year, media executives and various apparel thought leaders have been spreading the gospel of content and commerce. If you wanna sell stuff online, you need to attract customers with content. And likewise, if you want monetize your loyal audience of readers online, you need to sell them stuff.

"Content and commerce" was the prevailing strategy, and maybe a third "C," community, if you were feeling ambitious.

Then last week Refinery29, a fashion and lifestyle blog which had made a major push into content last year, decided it wasn't working. The company ditched its native check-out functionality and raised $20 million in venture backing to double down on content.

But that doesn't mean everyone is following Refinery29's lead. StyleCaster operates several fashion, beauty and lifestyle bogs which have accumulated seven million monthly uniques over the course of five years. Recently, the company launched a Try On! Studio for cosmetics, which also functions as an ad platform.

Now, the company is gearing up for its first push into commerce. Truthfully, it is not real commerce -- StyleCaster has simply built a way to push buyers to check-out pages on different sites rather than facilitating the sales on its own site. That means the company doesn't have to deal with the messy parts of running a commerce business -- payments inventory, fulfillment, logistics, shipping and customer service. None if that is easy to get right, as Refinery29 learned.

Instead, StyleCaster will earn affiliate fees through the secretive affiliate network rewardStyle. The brands which have partnered with rewardStyle will pay StyleCaster for any sales it drives. The company has partnerships with many of the brands behind the 4000 to 5000 beauty products inside its Try On! studio for the affiliate revenue. In December the site will experiment with apparel and accessories as well.

Affiliate fees is the way Wanelo, sort of "Pinterest with a buy button" is monetizing as well, but the company has hinted it wants to bring the transaction in-house. Refinery29 had built a native in-house purchasing functionality, but killed it off when the company's founders realized it conflicted with Refinery29's overall business strategy. Last week co-founder Phillippe von Borries said (on our PandoWeekly radio show) that affiliate fees were not a big focus for Refinery29 because the opportunity in advertising is much bigger and more valuable.

"Right now the site's focus is product discovery, not product sales, which brands value very differently," he said. "I don't think either of us [referring to his co-founder Justin Stefano] think that affiliate revenue and monetization is the holy grail here at all but we're exploring it. We're tinkering at it."

Part of the problem is that a commerce site needs to quickly drive customers to the check-out, and a content sites wants them to be engaged with the site for as long as possible.

StyleCaster spokesperson Meghan Cross says StyleCaster's advertising and affiliate revenue models don't conflict because increasing engagement actually helps drive purchases, and this makes the purchasing process more organic. "The more engaged the consumer is, whether that consumer is trying on product or clicking on more articles, the more likely he or she is to purchase a product then and there," she says. 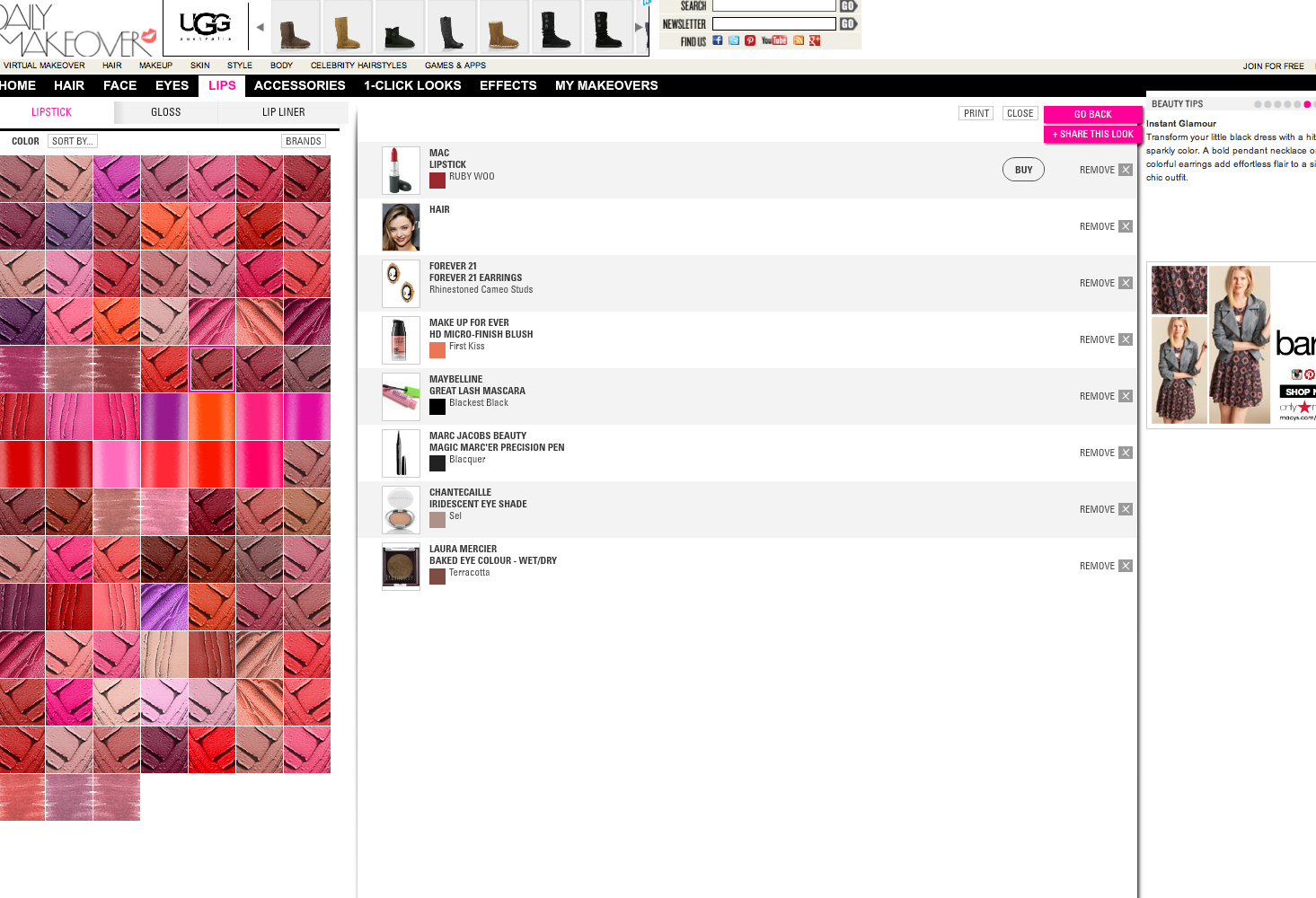