Move over Soylent: Fresh food startup Chefler has five stars on Yelp and the attention of Gilt Groupe

My favorite stories are the ones I stumble upon, not the ones pitched to me by a publicist or a company. I love the weird angles, like the eccentric gold-mustachioed Lyft driver or the secret startup everyone uses but no one talks about. These are the types of tales that usually appear by accident, a result of fortuitous timing and observation.

Chefler is one such story. It's a brand new company, launched in September, that prepares and delivers fresh meals to young professionals and busy parents in San Francisco. Chefler has gotten zero media coverage (until now), and I would never have known about it except for the fact that I ran into one of its delivery guys.

He was carrying a large, fancy platter, the sort you'd see in a fine dining establishment or on "Downton Abbey." He was scurrying into my building, attempting to hold open the door with one foot while clutching the tray. It was a strange enough scene to prompt me to ask him what he was doing, and he told me all about Chefler.

Chefler is the latest in a line of recent startups using investor money to try to take on eating habits. Some are redesigning the food itself -- like Soylent, vegan egg startup Hampton Creek Foods, and Bill Gates-backed Beyond Meat. Others are connecting consumers with gourmet restaurants that don't usually deliver, like Caviar and GoldBely. There's also a bunch of companies -- Plated, Blue Apron, and PlateJoy -- that deliver ingredients and recipes so consumers can prep their own meals.

Chefler falls into a fourth category: companies making and delivering their own dishes. Over the past few months a few have sprung up -- Munchery, SpoonRocket -- with exclusive chefs running their own kitchens. They prepare healthy meals for the masses then deposit them at customers' doors for an affordable price.

This is not new. San Francisco is home to at least four such companies -- Square Meals, Franny's Kitchen, Debbie Does Dinner, and Luke's Local --  that have been doing this since as early as 2006. New York City has even more, from Chefs Diet to Zone Manhattan, largely focused on weight loss.

But this is the first wave we're seeing of startups with venture funding trying to take on fresh, prepared meal delivery and scale it nationally. It's enticing, at least for a single young professional like me who has been living off Trader Joe's frozen meals since I graduated college. 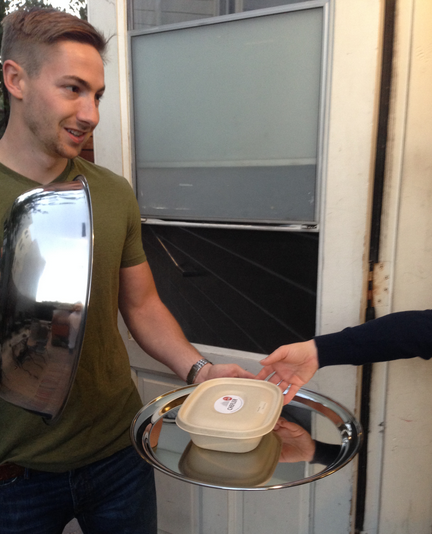 In fact, it was exactly that problem -- Trader Joe's overload -- that led the founder of Chefler to come up with the idea. One night in February 2013, Omar Restom was cooking up perhaps his 50th ever batch of Trader Joe's frozen Chow Mein. His stomach was not excited by the prospect, and thus the concept for Chefler was born.

Restom would start a company that delivered fresh, not frozen, healthy meals affordably for young professionals. Easier said than done.

The challenges that Restom had to overcome to launch the business are indicative of the struggles any food preparation startup might face. There's a reason why no one has successfully scaled this yet, and it's not because there isn't a huge national market of potential customers. Setting up a Chefler-like system in every city is a massive undertaking.

Restom knew that preparing food would be a big problem, so he initially started where companies like Caviar and Goldbely ended: sourcing food from restaurants to deliver to consumers. Within two days of meetings, he knew that wouldn't work. He wanted to make the meals cheap enough that people could afford the service regularly, and restaurants were charging a huge overhead cost. Furthermore, if restaurants made the food there was no way for Restom to guarantee the quality.

So he decided to set up a Chefler kitchen to make the meals. He had to find an industrial kitchen, consider food safety regulations, start developing potential meals, find an ingredient provider, and hire a top-notch chef who could get the whole thing off the ground.

He admits that in any stage of the process, Chefler could have fallen apart. Restom was bootstrapping, without enough money for big mistakes. Hiring the wrong chef or signing a too-expensive lease on a kitchen would have ended the venture. 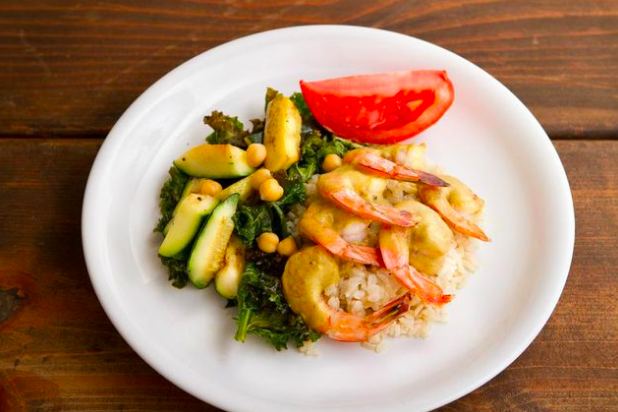 But he nailed the initial steps -- largely a case of luck he says -- and Chefler took off of its own accord despite a paucity of media coverage. It seems to be doing pretty well, selected for the highly prestigious Gilt City discount from Gilt Groupe.

Gilt heard about Chefler from one of its customers, leading Gilt curator Jessica Costain to research it. She was surprised by the abundance of positive reviews online. At the time of publication of this article Chefler has the nearly unheard of five star ranking on Yelp, after 31 reviews. "We just adore Chefler!" Costain says.

The company launched out of beta at the end of September and has been delivering around the city. It charges a sliding scale -- $10 a meal for four meals a week, $14 a meal for one meal a week. Restom has been bootstrapping until now, but he's starting to seek seed funding.

Chefler's other competitors are all newish. SpoonRocket makes its meals and delivers them in Emeryville, Berkeley, and Oakland for $6 a meal. Munchery launched in 2010 as a platform, facilitating the delivery of food from professional chef contractors to consumers in most of the Bay Area. But in October it announced a revamp, hiring in-house chefs.

Fortunately for all of them, everyone has to eat. The market is pretty big for this type of venture, and if they manage to nail logistics, the food preparation startups might be able to peacefully coexist.

The real question will be whether they can scale quickly without imploding, making money in the meantime. In every city, chefs will need to be hired, industrial kitchens leased, delivery guys procured, and menus developed. It's by no means as easy to grow this type of venture as it would be a platform like Twitter or Facebook, or even a ride share company like Lyft or Uber.

The true test of these food prep and delivery startups will be in the scaling details. I wouldn't be surprised if they prove to be very devilish indeed.

But if they succeed? Well that would be a startup story good enough to eat.