When charity fails, gamification steps in: how this app makes giving fun

Don't click away! I'm not here to preach. If you haven't already signed up for soup kitchen shifts or signed a check to your local homeless shelter, there's another way to donate to charity, and in a very Silicon Valley-esque way. It involves gaming, apps, smart phones, and food.

Before you roll your eyes and switch back to football or a fourth glass of wine, try downloading Mogl.

Its co-founder Jon Carder started Mogl three years ago. The app would serve as a loyalty card for customers at restaurants, but one with instant rewards and a gamification element. People tie their credit card to Mogl, then get 10 percent cash back from their meal whenever they eat at a restaurant that's part of the program.

There's no need to lug rewards cards in your wallet, wait to get nine meal stamps before the 10 is free, or try to remember what restaurants are part of Mogl and which aren't. It happens automatically. Then, if you spend the most at a certain restaurant that month compared to other Mogl customers, you win a pot of money (up to $250).

Just in time for the holidays, Mogl has added a charity aspect. As of last week, anyone who uses the Mogl reward program will get a notification in their app when they buy a meal at a Mogl restaurant. He'll have the option to keep the 10 percent cash for himself or donate a sliding scale amount to local food banks. 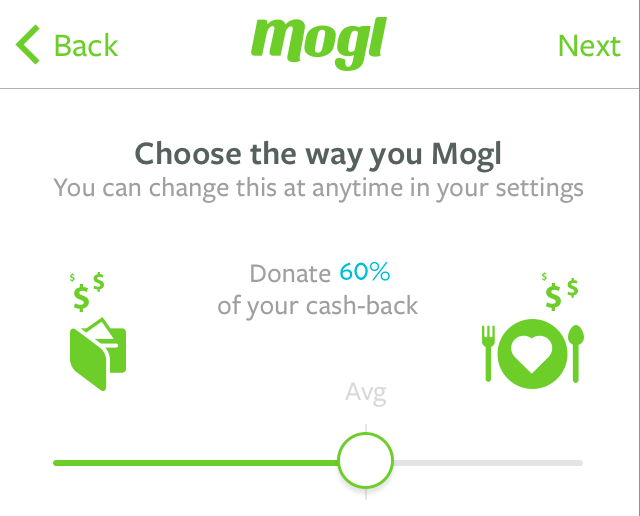 A user can compare how his donations stack up to his friends. He competes to be the best person, essentially. In every region the Mogl program operates in -- San Francisco, San Diego, Los Angeles, Ventura, Orange County, Phoenix -- there will be a meter to show how close the city is to feeding everyone. When you donate, you'll see how much your contribution raises that amount. 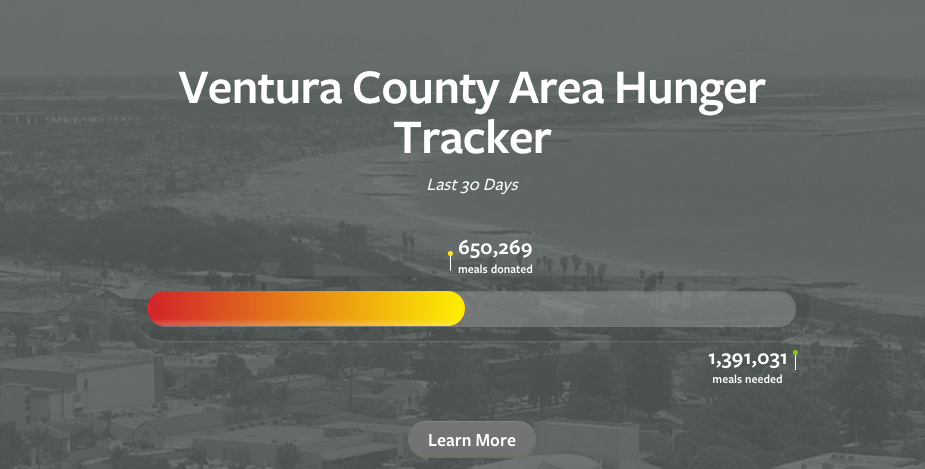 The co-founder, Carder, came up with the model after learning the much-touted fact that one in five kids in America don't have enough to eat. It's worth noting that statistic has been called into question because it's based on measurements of "food insecure" households. "Food insecure" can mean everything from "worrying that food will run out" to "substituting cheaper food." A more accurate estimate of hunger, according to one expert's analysis of government data, is that one in a thousand children goes hungry every day in America.

Regardless, hunger shouldn't exist in America period, and we're ranked worst on a list of developed countries for food insecurity.

An app like Mogl is in a perfect position to help. After researching and meeting with experts, Carder learned that grocery stores, corporate manufacturers, and local farms donate leftover wares that would otherwise go bad. But soup kitchens don't have enough money to transport and store all the food.

To do so, food banks need money, and they've gone about getting it in the time honored tradition of charity. Asking for it. That works to an extent, but Carder thinks another way of getting people to give back would work better.

"We had a charity 2.0 solution or a social entrepreneurial solution," Carder says. "Don't ask somebody for money. Just give them a really easy way to help, where when they buy it it helps someone in need."

That's why Tom's one-to-one shoes program works so well. It's charity that makes sense and is effortless on the part of the customer. They do the right thing just by buying something they probably wanted anyways.

Tom's has served as the iconic giving back model for startups, and Carder says Tom's one-to-one program inspired him. At a recent dinner, Tom's founder and CEO Blake Mycoskie explained to the room that the Tom's model wasn't just the right thing to do -- it was also good business. Customers want to be associated with the brand because of its giving back mentality.

Likewise, the charity element may help Mogl scale. For every city, restaurants need to be convinced to join, which is why Mogl only operates in six areas. But with its new charity element, Mogl is hoping that people will want to bring Mogl to their city. "If Yelp said, 'Go talk to your favorite restaurants and get them to advertise with us,' it wouldn't work," Carder says. "But with us you can make a difference in your city if you get people onboard." He claims the company is already seeing interest from people in new places.

It's a compelling case study in how Silicon Valley can funnel some of its natural product design tendencies towards a higher good. Efficiency, convenience, cost-saving, and gamification can help raise money for charity, when thought through effectively.

After all, the startup and tech industry is incredibly blessed with wealth while the rest of the country slogs through the recession. Maybe it's time to give back the best way entrepreneurs know how: by innovating.