Often companies that go through accelerator programs are accused of not being ambitious enough. Investors kvetch that that the startup ideas offered are "incremental" or "unoriginal."

That knock does not apply to Freight Farms, a startup which retrofits recycled shipping containers into modular mini-farms. The company graduated from Techstars Boston this Spring.

Today, Freight Farms announced it has raised a Series A round of funding worth $1.2 million. Morningstar Venture Investments Limited led the round with Launch Capital and Rothenberg Ventures participating.

So far Freight Farms has sold seven units, with five more set to ship next month. The company is averaging two sales per week. At $75,000 each to install, that's a $7.8 million annual revenue run rate. The new funding will allow Freight Farms to expand more rapidly and release its 2014 model.

Freight Farms' gardens are high-yield -- they produce the equivalent of an acre's worth of traditionally farmed crops, founder Brad McNamara says. The units are stackable and can exist anywhere in the world -- they're easily shippable, of course. They're also "smart," meaning they can be controlled remotely by a smartphone. Oh, and they're a hell of a lot cheaper than a greenhouse, which can cost $1 million to $2 million to construct. 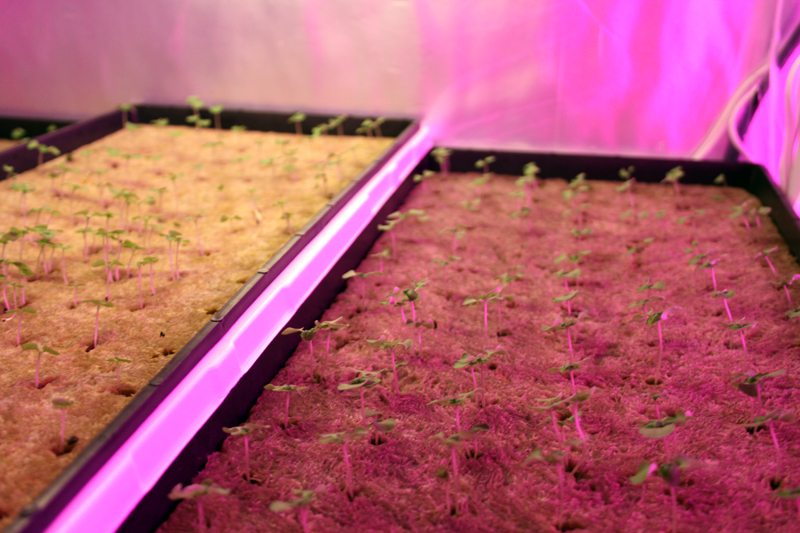 Plans for development include a more elaborate community experience in the smartphone app, allowing Freight Farms farmers to learn best practices, tips, tricks and growing formulas in from each other, McNamara says.

The ironic thing about Freight Farms' Series A round is, even though investors (and certain of us in the media) might complain about boring, "astoundingly unoriginal" startups, investors don't want to actually back up their words with cash. (Fortunately, on the media side, we do -- Freight Farms has gotten lots of press attention for its innovative idea.)

The message might be "startups are unoriginal," but the unoriginal startups are the ones raising the venture capital. Because Freight Farms is different from your average social media or enterprise startup in nearly every way, it is a scary proposition to investors.

McNamara says most investors liked the idea, but were wary to actually invest.

"The first and most common (reaction) was, 'We love the concept, love the idea, love the problem, but this isn't an area we invest in," he says. "That was the majority of the meetings."

And sure, plenty of investors weren't interested at all. Lastly came the tiniest sliver of investors -- those who loved it enough to write a check. "Even those investors don't know exactly what to do with us, because we don't fit in," McNamara says. "We have elements of so many things going on." Freight Farms is integrating agriculture with technology and selling it in the form of a giant, really expensive piece of hardware. Freight Farms is solving a sticky problem (food production) with an ambitious and unconventional solution.

The biggest challenge will be educating potential customers, McNamara says. Freight Farms' potential customers include new food entrepreneurs, distributors, and small farmers. The company especially has to convince the small farmers that there is a better way to make money than the way they've been doing it for five generations.

"The issue has been that some farmers are set in their ways," he says. They're all familiar with greenhouses and hydroponic growing, but they have entrenched ways of doing things and few viable options or motivations to make a change."

If Freight Farms can convince them to do so, it'll have a truly unique business on its hands. It's already well on its way.