Eyes rolled and groans were muttered last night at the closing session of the first day of Eric Ries' Lean Startup Conference. For the Monday finale, Ries brought four employees and executives from General Electric -- yes, the giant bureaucratic corporation that makes your dishwashers and air conditioners -- to talk about the company's innovative endeavors.

Needless to say, entrepreneurs in the audience were skeptical. After all, many had joined the startup community to escape the death grip of corporate bureaucracy. What could General Electric, a 276.85b market cap company with approximately 305,000 employees in 106 countries globally, possibly teach the audience about startups?

The answer was "not much." At least at the moment.

General Electric says it has 100 products in the pipeline that have been created and tested using Eric Ries' popular Lean Startup method. But only one is ready to go into production right now, hitting 10 stores next week. 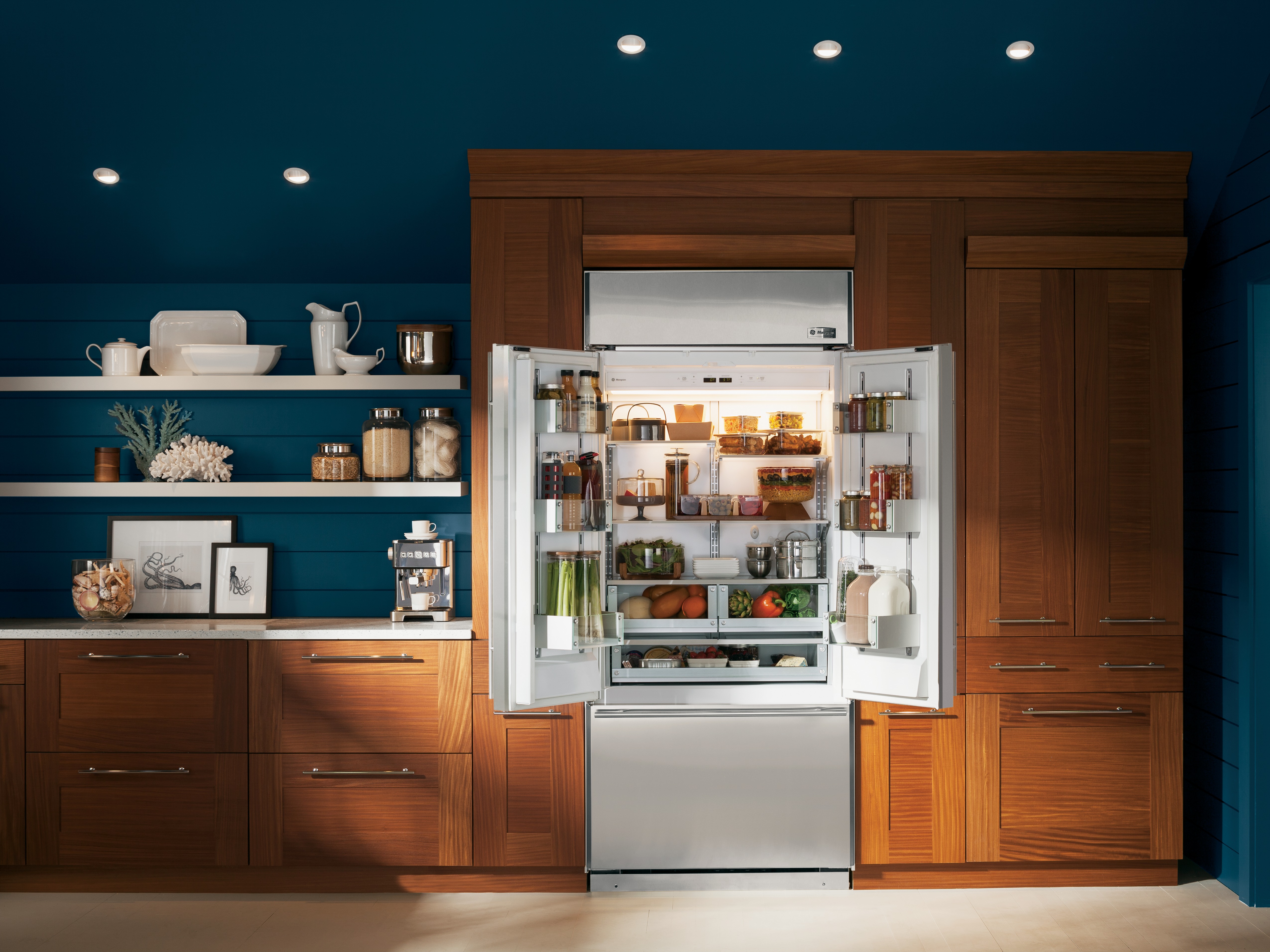 Stop the presses because, shocker: it's a fridge. An all-metal fridge with no plastic on the inside, which apparently is super innovative and a bonkers experiment for the fridge industry. The leader on the project, Michael Mahan, said that when his team pitched it to GE, they were like the "crazy kids in the corner eating paste." If that's the case, I wonder what GE must think of Elon Musk with his reusable Grasshopper rocket or Larry Page and the quest for immortality. Aliens?

Alright, I'm being cheeky -- I know the comparison isn't entirely fair. In GE's defense, the Monogram French Door Built-In Refrigerator (as they're calling it) is a move into the world of craftsmanship and artisan-quality products. It's innovation by corporate standards, and the product development was executed without huge R&D costs thanks to the team's use of the Lean Startup method.

Although GE's all-metal fridge may not impress the digerati of Silicon Valley, the company's implementation of the Lean Startup method is worth exploring. GE claims it's the "biggest implementation of Lean Startup on Earth," and Ries confirms that. If the giant, multi-year innovation experiment goes well, it will serve as a case study for corporations looking to keep their creative edge in a rapidly evolving world.

For those of you living under a rock who have never heard of the Lean Startup method, here's the rundown. Entrepreneur Eric Ries worked at a startup that tried and failed. Then he co-founded an instant messaging company called IMVU that succeeded, growing in popularity and generating millions in revenue. Ries claims the difference between failure and success between the two companies wasn't luck or talent -- it was a system.

In 2011 Ries wrote a book elaborating on that system, telling startups how to build minimum viable products, test them on consumers, take in feedback, iterate quickly, and pivot when users didn't like the original product. And although Ries didn't coin the terms "minimum viable product" and "pivot," he popularized them across the startup ecosystem.

The book rose to prominence and Ries is now a demigod among early stage companies, particularly those bootstrapping with little margin for error. Surprisingly, he's also become a thought leader for corporations, who call Ries in to advise them on how they can continue innovating as big bulky behemoths with profit pressures.

General Electric is the closest Ries has ever worked with a corporation. He has advised GE for over two years, helping them implement Lean Startup groups within almost all the major GE branches: transportation, aviation, home appliances, medical devices, energy. It's called the "FastWorks" program. Lean startup groups were even formed in parts of the company that weren't consumer facing, like accounting, HR, and IT. GE dranketh from the Lean Startup cup and it wanted to transform everything.

"If there's a function in GE, we have touched it," Ries says.

Some of the company's executives met Ries at a book signing in 2011. "We thought, 'Why are we listening to this kid?'" GE's Executive Director of Global Innovation Stephen Liguori says. But after hearing Ries explain his system, the team realized some of the lessons could potential apply to big business. They started taking meetings with Ries.

Initially Ries was doing one-off workshops in different parts of the company. But the more GE learned, the more infatuated they became with the Lean Startup method. The word started traveling up the ranks, and eventually GE's CEO Jeff Immelt got on board with the idea.

"When I sat down with Jeff and his top officers the first time I was scared to death," Ries says. "I thought I would be eaten for breakfast." But Immelt approved of Ries' approach and signed off.

It shouldn't be a total shock to people that GE is paying attention to lessons it can learn from startups. After all, the company has continuously partnered with and recently invested in New York startup darling Quirky. GE clearly keeps its eye on the disruption happening down below it on the invention food chain.

The company's top executives -- of which there are thousands -- were briefed on the Lean Startup project and convinced to get on board. No small feat. Initially, Ries trained 100 employees on the Lean Startup method, coaching them on implementing such techniques in small research and development sections of the organization. When that went well, 100 turned to 500, and then to 1,000. Now, Ries is training Lean Startup coaches whose full time jobs are to help these sections of the company innovate using Ries' principles.

Ries says that without such support from GE CEO Immelt and other executives, there's no way GE could have undertaken such an extensive program.

It's a giant experiment, a risky endeavor, and a model that won't be truly proven till the products created through the program start coming onto market. But if it succeeds and GE starts inventing transformative things in its respective fields, it will be a major case study on how startup methodology and mindset can actually be applied to bigger corporations, without just paying lip service.

Does it bode well that the first thing GE is ready to show is an all-metal fridge? Not really.

For GE though, the measure of success may have less to do with radical innovation and more to do with cutting costs in research and development. "They're a results-oriented, highly disciplined management culture," Ries says. "The money saved by eliminating things that were wasteful is huge."

Illustration by Brad Jonas for Pando.