Meal kits are fine and all, but Feast wants to turn you into a cook for life

Changing habits is tough. That's why so many fitness startups struggle. People have the best intentions of getting into shape. They want to. But not enough to make real, hard changes in their lives.

The people behind Feast, who've worked previously at Zaarly and Newsbound, learned this lesson the hard way. Their company went through the 500 Startups accelerator over a year ago with the idea of helping people cook for themselves more often. It's a goal plenty of people have, since eating out is expensive and not particularly healthy.

The obvious solution Feast explored was online classes. The current landscape of options to learn to cook are binary: you have casual one-off cooking classes, which are often more focused on drinking wine than learning skills, and the opposite end of the spectrum, you have very serious culinary schools. Online videos teaching recipes and techniques proved to be too impractical for Feast. "You cant cook at the same time and people don't want to watch a long video period," Spinks says.

But co-founders David Spinks and Nadia Eghbal noticed that the meal kits only helped people cook when they have the meal kit. Once the class and the meal kit stopped, they were back to square one. "People would take the classes, but were too reliant on what we told them," Spinks says. "As soon as they finished course, they were still lost in the kitchen."

That's been my experience, too. I cook on the weeks a Blue Apron box arrives. On the weeks I cancel, there is no food in the house and I'm eating old cereal for dinner. It's feast or famine, and without the meal kit, I'm no better at "whipping something up" for dinner than I was before I subscribed.

Spinks realized he wanted to teach users to cook, but he also wanted to impart the habits of a cook into their lives somehow. It's that old saying, "Give a person a fish, you'll feed them for a day, teach a person to buy fish from the store, bring it home, and make it into a meal, and they'll cook more often." Or something like that.

"With teaching people how to cook, they don't need to learn recipes or techniques, they need to be able to build a habit and make it a part of their life," Spinks says.

So Feast's founders recalibrated their business plan. They studied up on the psychology of habits, and how to form them. Now, they believe they've developed the solution for helping people become naturals in the kitchen. As of this week, they're selling it on their site for $49 per month. 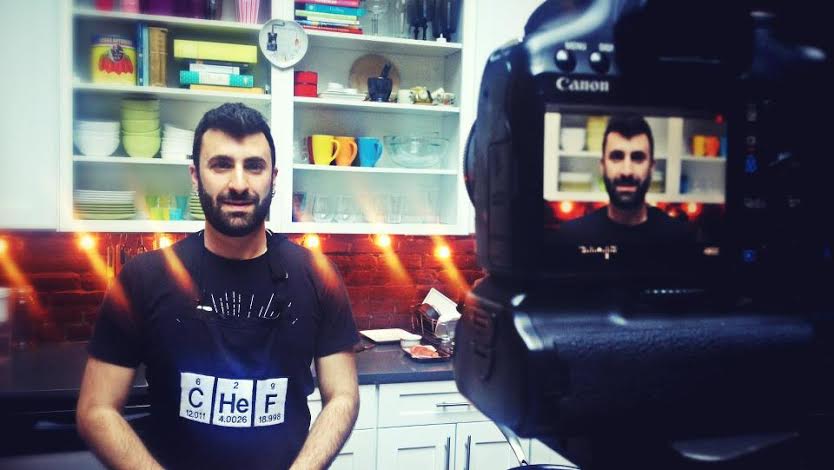 The Feast classes are quite low-tech: it's a daily email, a Facebook group, and a weekly check-in. Spinks said after a lot of experimenting, he found that an email consisting mostly of text, with short videos peppered throughout, serve as the most engaging form of classes.

Feast's course starts out with little habits that eventually grow into big ones. The first is simply setting a pan on the stove as soon as you get home from work, which Spinks calls "building the foundation of the habit." Combined with a budding community on Facebook (Spinks says this is better than building a community from scratch), and check-in emails from Feast staffers, Feast believes its students will remain engaged throughout the four-week course. It's early, of course -- Feast just launched the product a week ago and there are currently 80 students; they have a 60 percent email open rate and 40 percent click-through rate.

It's not the future of groceries, but if it sticks, could mean a shift in the way companies in the self-improvement field, be it fitness, cooking, education, or otherwise, attack the problem of habits.