RewardStyle is a company that couldn't have been built in Silicon Valley. Or rather, it wouldn't have been. Unlike Valley startups, which are turbo-charged with venture capital in hopes of barreling to a billion-dollar valuation, Dallas-based RewardStyle started out very small and grew organically. The company has yet to take on outside investment, bootstrapping itself to profitability with 50 employees. This year, the company expects to facilitate $150 million in sales of apparel, home goods and beauty products.

Style blogger Amber Venz built the platform two years ago to solve a personal problem: her blog, VENZedits, was driving sales of the items she was showing off, but she struggled to monetize her influence. Banner ads from ad networks didn't jibe with her site's aesthetic, and she struggled to manage the links, passwords and logins from all of the affiliate networks she worked with.

So in 2011, she built RewardStyle, an affiliate aggregator for the fashion world, with the help of co-founder Baxter Box, as her own personal solution.

Venz quickly realized it would work best as a marketplace, where style bloggers use special rStyle.me links anytime they blog about a shop-able item, and commerce sites sign on to pay a commission for any subsequent sales. She recruited some of her style blogger friends to use the platform, including top names like Man Repeller. Brands quickly followed.

The timing was perfect. In that same year, the balance of power in the fashion world very clearly shifted from the gatekeeper editors like Anna Wintour to the democratic world of the Web -- fashion bloggers like Midwestern teenager Tavi Gevinson.

Brands recognized that bloggers were not only driving more traffic and attention than glossy magazines, they were also driving more sales. As such, bloggers began to professionalize, hiring agents and taking big fees for endorsement and collaboration deals. On the brand side, apparel companies have hired "blogger relations" reps to work with style bloggers. A Tumblr site full of carefully manicured selfies became a legit business.

RewardStyle was there to ride that wave. The platform was embraced by fashion bloggers because it was designed by one -- Venz knew exactly how the bloggers operate and the kinds of features and interface they would need. "Not having a tech background has served me well because I've always been my own customer," Venz says. "A lot of times bloggers are actually not very tech savvy, so I think about how they want to experience using this tool." 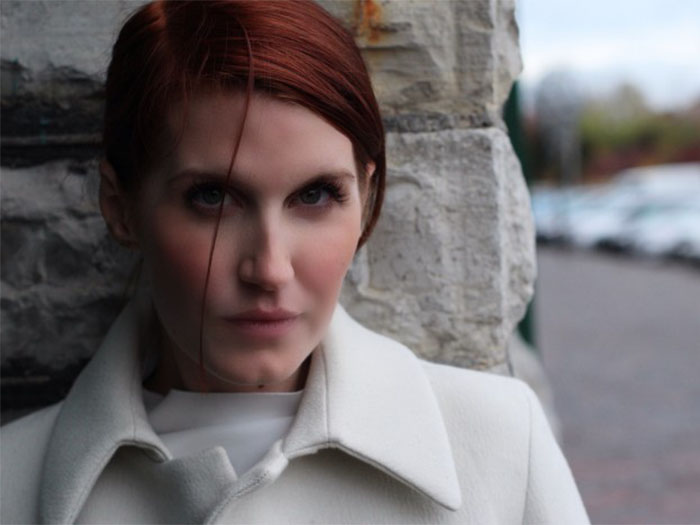 Box convinced her it was more than just a side project, so she leased an office space and within months staffed it up to 23 employees.

Today, 10,000 bloggers from 60 countries are on the platform, linking to items from 3000 advertisers. RewardStyle has also expanded beyond apparel into the beauty, home, mom and baby categories. The company opened a London office. Venz says RewardStyle in on track to drive $150 million in transactions this year, almost tripling the $60 million it did last year.

Retailers can offer bloggers whatever commission they choose on sales, and bloggers have a dashboard which allows them to compare fees on links. RewardStyle, which only gets paid when a link leads to a sale, negotiates the fee it takes with each retailer (and it does not disclose these rates publicly). The platform's top blogger made more than $75,000 last month from RewardStyle affiliate links. Several make more than $200,000 a year from the links, Venz says.

RewardStyle is so widely used in the fashion world that major publishers, including Conde Nast, Hearst and Time publications now use rStyle.me links, too.  Since bloggers often collaborate for events, special designs, curated collections and ad campaigns, RewardStyle also has an agency team to pair the two sides up for these flat-rate deals.  More than 200 bloggers have run campaigns this way.

Until recently, Venz has kept quiet about her fast-growing company. (I've been trying to get an interview for over a year!) That hasn't stopped imitators from copying her success. "I like to joke that fash-tech startups are like sorority girls -- they have deep pockets but all copy each other," Venz says. But most competitors have come and gone quickly, she says, because they don't have credibility and relationships with bloggers. Often, when a copycat email solicits bloggers to try their platform, "we get those emails forwarded to us," Venz says.

She is more eager to talk about her business now because the company just launched its first ever consumer-facing product for Instagram photos, called LiketoKnow. It solves the simple problem of "where'd you get that?" on Instagram, which is popular with fashion bloggers but still does not allow links to be posted as captions to photos. In other words, bloggers can't monetize their influence on Instagram yet.

LiketoKnow gets around that as such: Users plug their Instagram accounts in at LiketoKnow, and then any time they "like" a photo that is also enabled by LiketoKnow, they get an email with all the relevant information. Venz says in the first week, 5000 people have signed up and one percent of "likes" have converted into purchases. Thats on par with normal affiliate conversion rates, she says.

With more international expansion on the horizon for 2014, RewardStyle has proven one thing: Organic growth doesn't necessarily mean slow growth. You don't have do things the Silicon Valley way to experience Silicon Valley-style success.