The reaction was "meh." The most obvious reaction was to name all the other services offering the exact same thing. For Q&A, there's Quora, message boards, and the garbage dump that is Yahoo Answers. For instant feedback, there's Blurtopia, Wedgies, tons of others you've never heard of. For instant answers, there was ChaCha and KGB. And perhaps more obviously, there's Wikipedia, Google, and also Facebook, Instagram and Twitter.

There are a million services that do what Jelly does. It's not original. No one will take issue with that argument. Asking people questions is a pretty basic function of the Web. And I don't have a problem with snark, either. Most high-profile tech launches get so hyped up they need to be taken down a peg for us to actually evaluate them on merit. (The silly platitudes in Jelly's launch video didn't make it any easier: "The true promise of a connected society is people helping each other." It's just an app, guys!)

But there is also a very obvious counter-argument to the instant dismissal: Consumer tech isn't rational and while, yes, most of this stuff is going to fail, it is nearly impossible to predict what will be a runaway success from the outset. Even VC's, whose job it is to pick the winners, are pretty terrible at it.

When Twitter launched (then known as Twittr), Michael Arrington predicted most Twitter users would not want to make their Tweets public (turns out they do), and the TechCrunch peanut gallery called it "the dumbest thing ever" and "a disaster in the making." For the longest time, Facebook was "just for college kids" and Snapchat was "just for sexting." LinkedIn was pronounced dead for half of its life (killed by Friendster, then Myspace, then Facebook), before becoming the best-performing consumer Internet stock of its era. Behind every successful Web company is a burst of snark that said it was doomed at launch.

I don't really care either way if Jelly succeeds or fails, but it's pointless to reject something simply just because it's overhyped. If I evaluate the app on merit, I see two powerful mobile trends that it plays into.

A year ago, I wrote: It doesn’t appear we’ve maxed out on social networks. Every time a new social network blows up, we ask if we really need yet another one and eventually learn that yes, we do. We’ll all be Snapchatting in no time.

And a year later and we are all indeed Snapchatting. Forty million of us, by Forbes' count. So sure, we did not need a new way to message with each other. We haven't needed a new way to communicate with each other since the invention of the telephone, and yet we keep adopting new ones because they all offer some tiny benefit or improvement on the current format. The fact that companies like Snapchat, or Whisper, or Couple, or Wechat, or Kik or Line have found millions of loyal users tells me that we will keep finding more and more ways to communicate with each other. Jelly is trying to be another silo for us to do a specific kind of communicating.

In fact, you could argue that this fragmented communication across many different apps is a major improvement over desktop communication. Desktop is dominated by email, which is a catch-all for everything, and we hate it.

But mobile communications are siloed off into their various functions: Facebook for updating acquaintances, Instagram for pretty photos, Snapchat for stupid photos, Foursquare for whereabouts, texts for conversations, Twitter DMs for people whose number we don't have, etc. We keep adding more ways to communicate on our phones with very specific functions. Jelly fits the M.O. here.

The other reason Jelly might work is because of its very simple focus on images. Jelly is taking an existing Web behavior and adding photos, a move that has worked very well for successful apps like Snapchat and Tindr. Text-focused messaging was doing just fine before Snapchat came along and showed us we liked to message exclusively with images. Likewise for Tinder -- online dating worked fine when our profiles featured both photos and text. And then Tinder showed us we only care about the photos anyway.

We hear it so much it's practically a cliche: photos are the way we communicate now. Everyone has a camera in their pocket and the kids hate using their words. Even though I groan every time I get another pitch for a photosharing app, we smartphone users apparently have an endless appetite for them, no matter how niche or redundant they may be. Jelly is simply giving us what we obviously want - another way to communicate with photos. 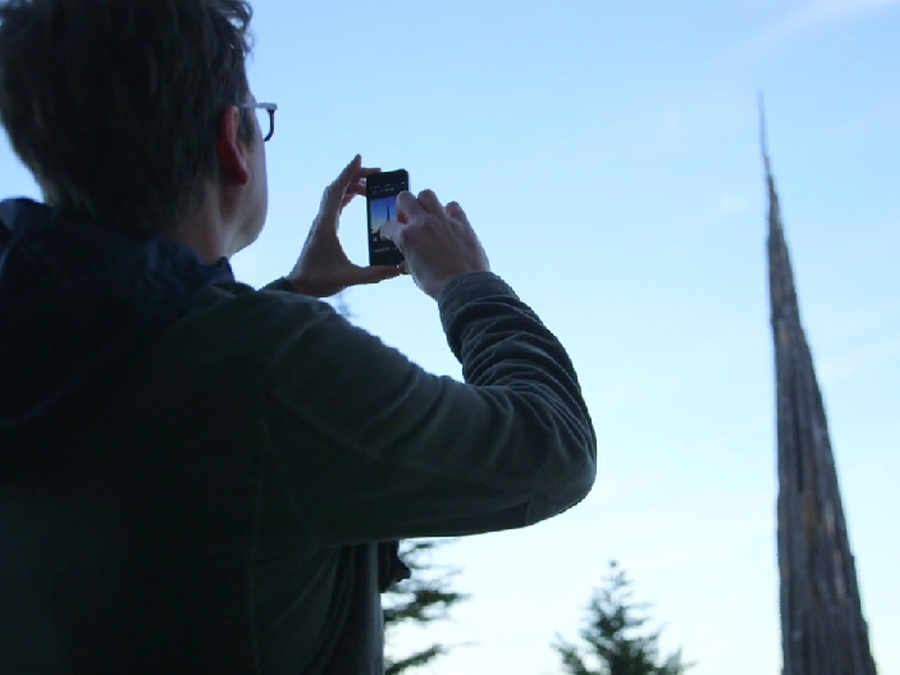 Aside from the trends, Jelly is positioning itself to solve the big problem the largest Q&A platform, Quora, got stuck on. Quora has had trouble porting itself from desktop to mobile because it built a reputation for answers that tend to be long-winded, with no images. It's not exactly friendly to mobile's immediacy, or its dominate format of pictures with bite-sized snippets of text. You're not likely to use Quora to ask, "What's the best way to get across town with Obama visiting?" but you might ask Jelly, alongside a photo of a traffic jam in front of you.

Like any consumer app, Jelly could fail for plenty of reasons -- the product might not deliver on its promise, or its answers might be too low quality, or other apps could offer a better version of it, or a competitor could beat it to the punch on user acquisition. (Or maybe no one will ever download it because it has terrible App Store SEO. Every game in the world has the word "jelly" in its title somehow.)

But if Jelly is a big flop, it won't be because we don't "need" it. We don't need any of this crap. Most consumer tech starts out as stuff as we don't need. And yet, with Facebook, Twitter, Instagram, Vine, Pinterest, Snapchat, Linkedin, Couple, Frontback, Tumblr or whatever else is hot, we've become addicted to it anyways.

After watching plenty of things launch and immediately flame out, or launch and skyrocket to billion-dollar valuations, or launch and grow in influence very gradually, I am no better at predicting what will work and what won't. That irrationality is why this industry is so much fun to watch.

Disclosure: SV Angel has invested in Jelly, PandoDaily, and basically every other company in the Valley. Consider yourself disclosed.