The New York Times website redesign, the first since 2006, points to the “future of online publishing,” says CNN/Money. Fast Company promises readers they “will encounter a more refined experience, starting with a much less cluttered page.”

The site was re-imagined so that it could be consumed as easily over over multi-touch screen devices such as iPhones and iPads as it could on your trusty laptop or classic desktop PC. The site is now four columns across instead of five, the font is different, and articles aren’t broken into separate pages. Now you can scroll all the way through. Social media buttons are prominent at the top of every article and at the ends are suggestions for more reading plus a list of the most emailed articles of the day. These, I suspect, will help keep users on the site longer.

This is all well and fine, but what strikes me about the New York Times redesign is how much it reminds me of past New York Times websites from the late 1990s into the early aughts. 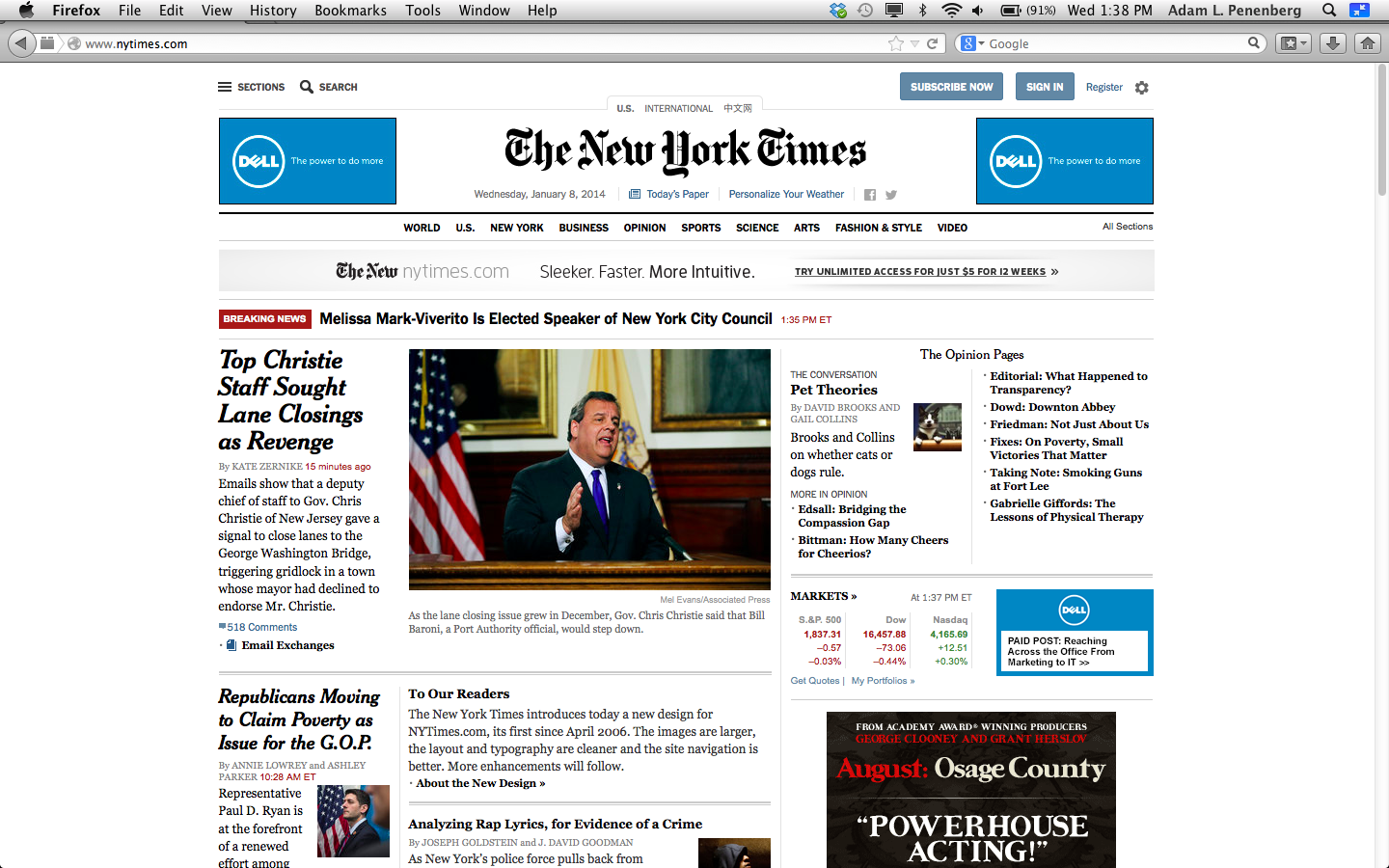 Compare that to the New York Times home page from March 2013. It’s practically the Las Vegas strip of home pages in contrast to the clean, sparse look of today’s redesign. 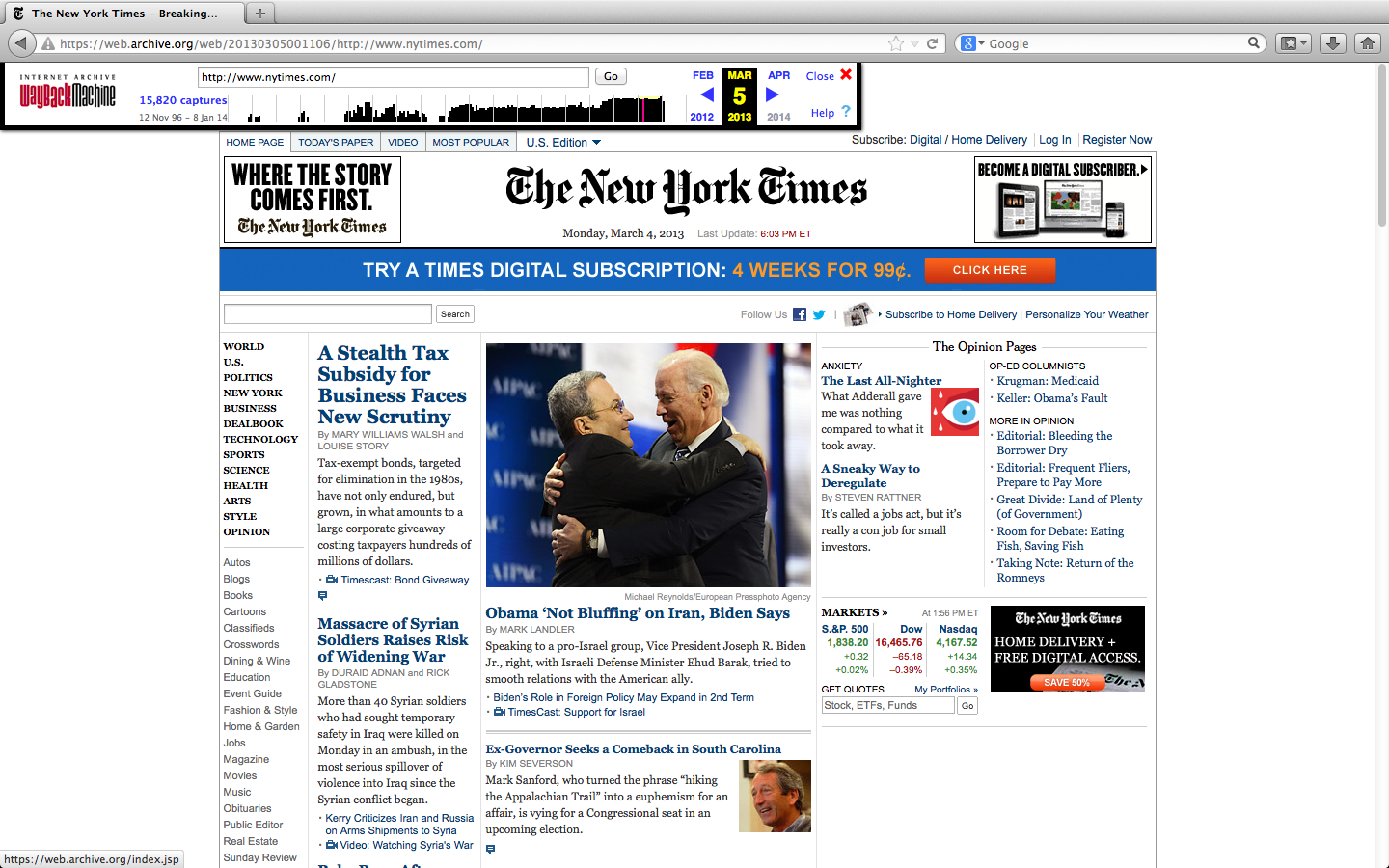 Designer Andy Rutledge did a marvelous take down of the design in 2011, saying The New York Times presents "a rather typical example of terribly-designed news."

The design makes it quite hard and often frustrating to simply scan the news and find stories that one might be interested in. As a news reader, I want to be able to scan headlines and logically find news I’m interested in reading. And by logically, I mean according to clear, usable, undistracted organization and filtering. 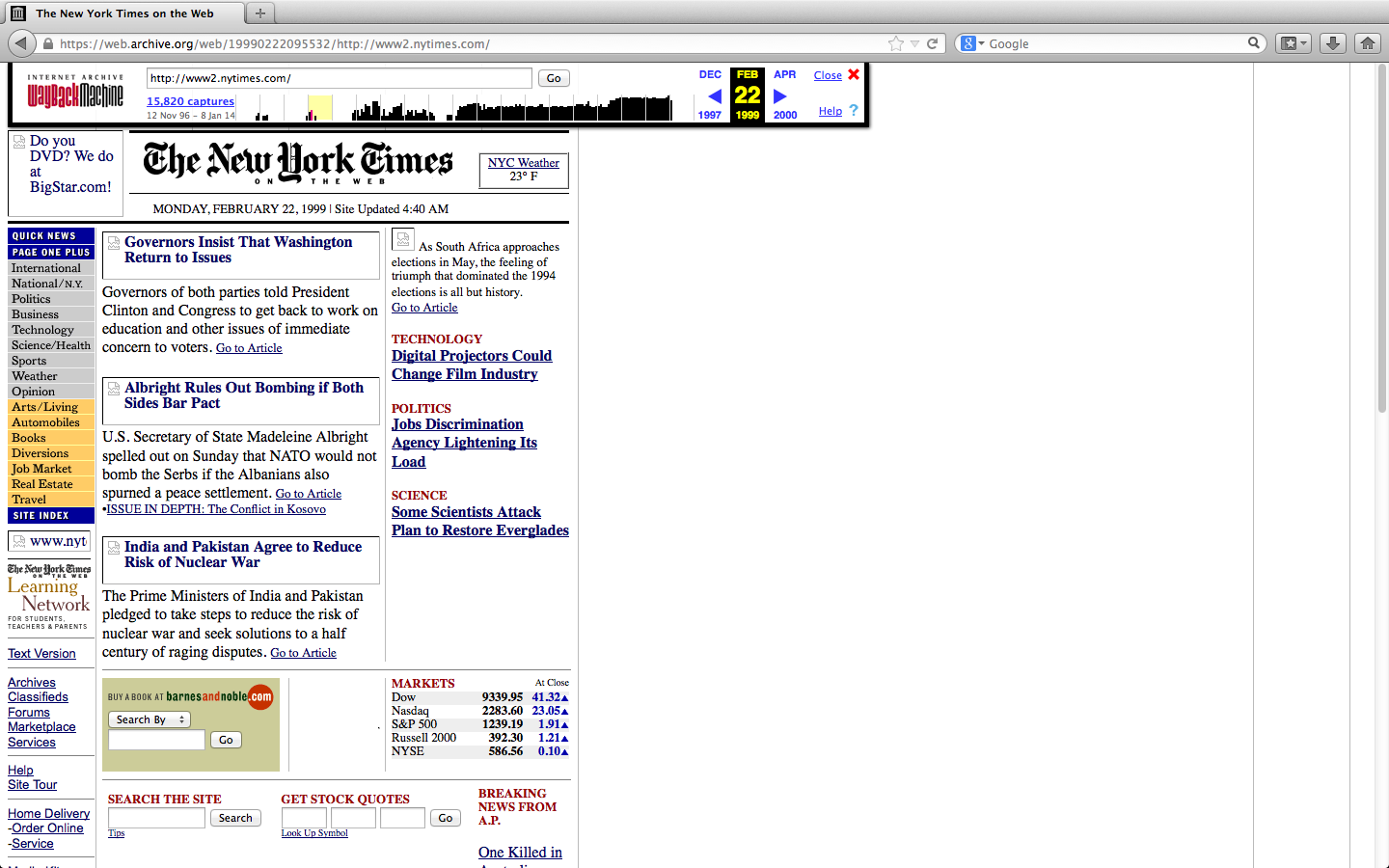 It practically screams that craigslist was its design guru.

The next redesign? If it takes as long as it took the Times this time, expect that sometime in 2022. By then, multitouch screens will seem so passé.