InstaEDU beefs up to its virtual tutoring service with screensharing

Earlier this year, when Tutorspree, a Y Combinator graduate, announced it would shut down, it seemed like the entire premise of an online tutoring startup was just a bad business idea. I wrote at the time, "If you're thinking of launching a tutoring startup, don't. It's really tough."

The company shut down after struggling with changes to Google's SEO algorithms. Local markets were a challenge, and there was nothing stopping Tutorspree's tutors from taking their transactions offline after they were paired with a tutee, thus circumventing any fee Tutorspree might have taken.

Tutorspree's failure hasn't stopped other tutoring companies from stepping up. InstaEDU is one which has figured out a way to solve the in-person conundrum, while delivering tutors on-demand at any hour. The solution is pretty simple: virtual tutors. 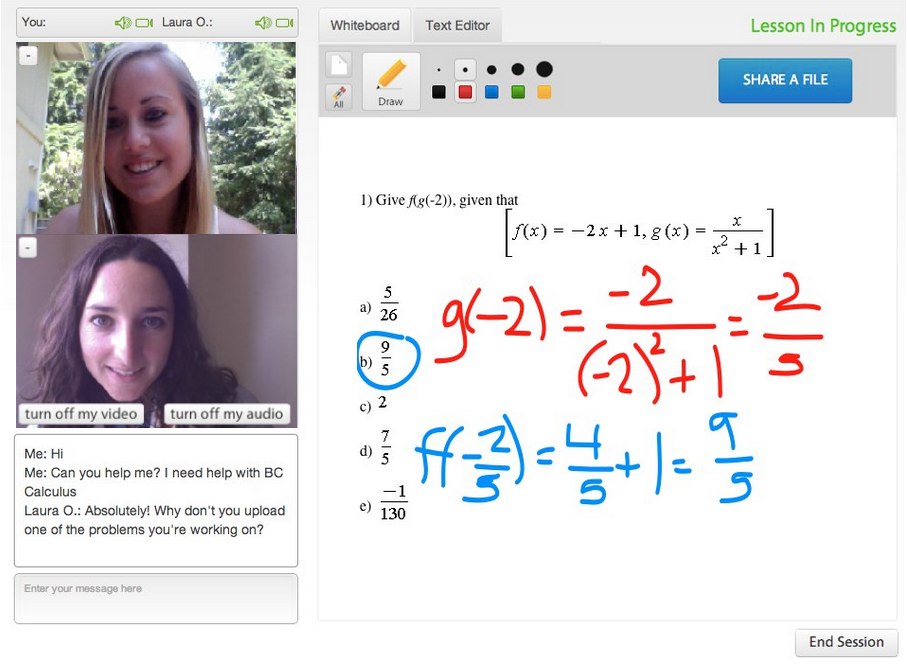 InstaEDU offers instant tutoring to students (over half of which are in college) through its online portal. The site has 3000 active tutors, many of which are in college themselves, who sign in whenever they have free time. Students can sign in and ask for a specific kind of tutor, and the company delivers them one, via video chat, within minutes. The students are then charged by the minute for their tutoring session at a rate that ranges from $24 to $45 per hour.

Eighty percent of InstaEDU's tutees are in the STEM fields. CEO Alison Johnston Rue says that that is likely because of the on-demand aspect of InstaEDU. Most of the coursework in the STEM field has a right or wrong answer, so if you don't know how to get started, you are kinda stuck. "In any subject where there's a right or wrong answer, there is a strong demand for tutoring on-demand," Johnston Rue says. "You talk to a tutor and suddenly five minutes later you have that 'Aha!' moment."

Likewise, InstaEDU is so college-heavy because, unlike traditional tutoring, which is often parent-driven, InstaEDU's students are the ones who are seeking out the help, often at unusual hours. Something like half of college students take online courses now, so they're used to learning from a screen. InstaEDU's offerings are just an extension of what they're used to.

Currently the site boasts a number of features that mimic an in-person tutoring session, such as a code editor and a math symbol tool called LaTeX. The idea is that students can have all of their tutoring work in one place and it's trackable, so they can return to it.

This week InstaEDU introduced screensharing to help tutors and students further connect virtually over technical work. It's another way InstaEDU is making up for the shortcoming of not being in-person. From a business perspective, the lack of a location barrier and the ability to do on-demand tutoring has turned out to also be InstaEDU's biggest strength. 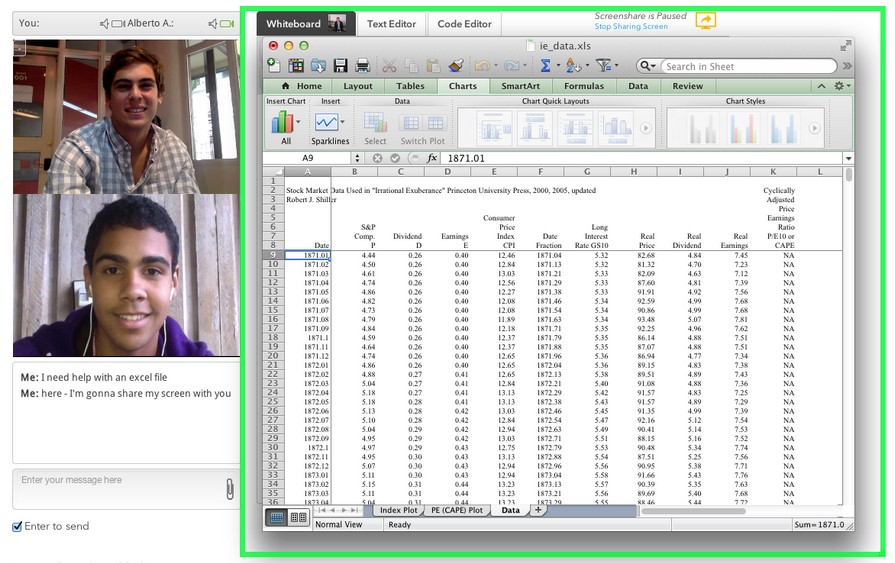 InstaEDU has 20 employees and is backed by $5.1 million in venture capital from Battery Ventures, The Social+Capital Partnership and angel investors.