Lyft to Uber: We'll beat you with our weirdness

Harry Potter themed Lyft has a Gryffindor scarf on its stache.

Almost since Lyft's inception, Uber has gone after it. From a Shave the Stache campaign to anti-fist bump ads, Uber has pulled out all the marketing stops. When Lyft launched service in Saint Paul and Indianapolis, Uber rolled out UberX in the same cities, offering free rides for the rest of September. Just last week, Uber cut the price of its UberX ridesharing service 15 to 34 percent nationwide (except in a handful of cities, like New York).

Uber's challenge to Lyft: "We'll beat you with our money."

Lyft has raised $224.5 million less than Uber and can't necessarily compete on the price front. But where it can compete is on brand. Lyft offers something that Uber never will: personality. From its weird pink mustaches to its outgoing drivers, the Lyft experience is about community, socializing, and positivity. Uber can't compete on that front -- otherwise, it would risk diluting its baller brand.

This week, Lyft has offered up its own challenge to Uber: "We'll beat you with our weirdness."

The company is launching "Lyft Creatives," a program that highlights the quirky, cool Lyft drivers who run themed rides.

As Pando has written about, many Lyft drivers embody the spirit of microentrepreneurship. They're encouraged to express their hobbies and passions through their ride. Some take it a step further, building a personal business underneath the umbrella Lyft company.

Deco Carter, aka HipHopLyft, has aspirations for turning his Hip Hop themed ride into future opportunities for himself, be it DJing, or reality television. For the moment, he runs hip hop trivia games with passengers, complete with a mini spinning disco ball and an LED lit up mustache. He passes out prizes to those who win. 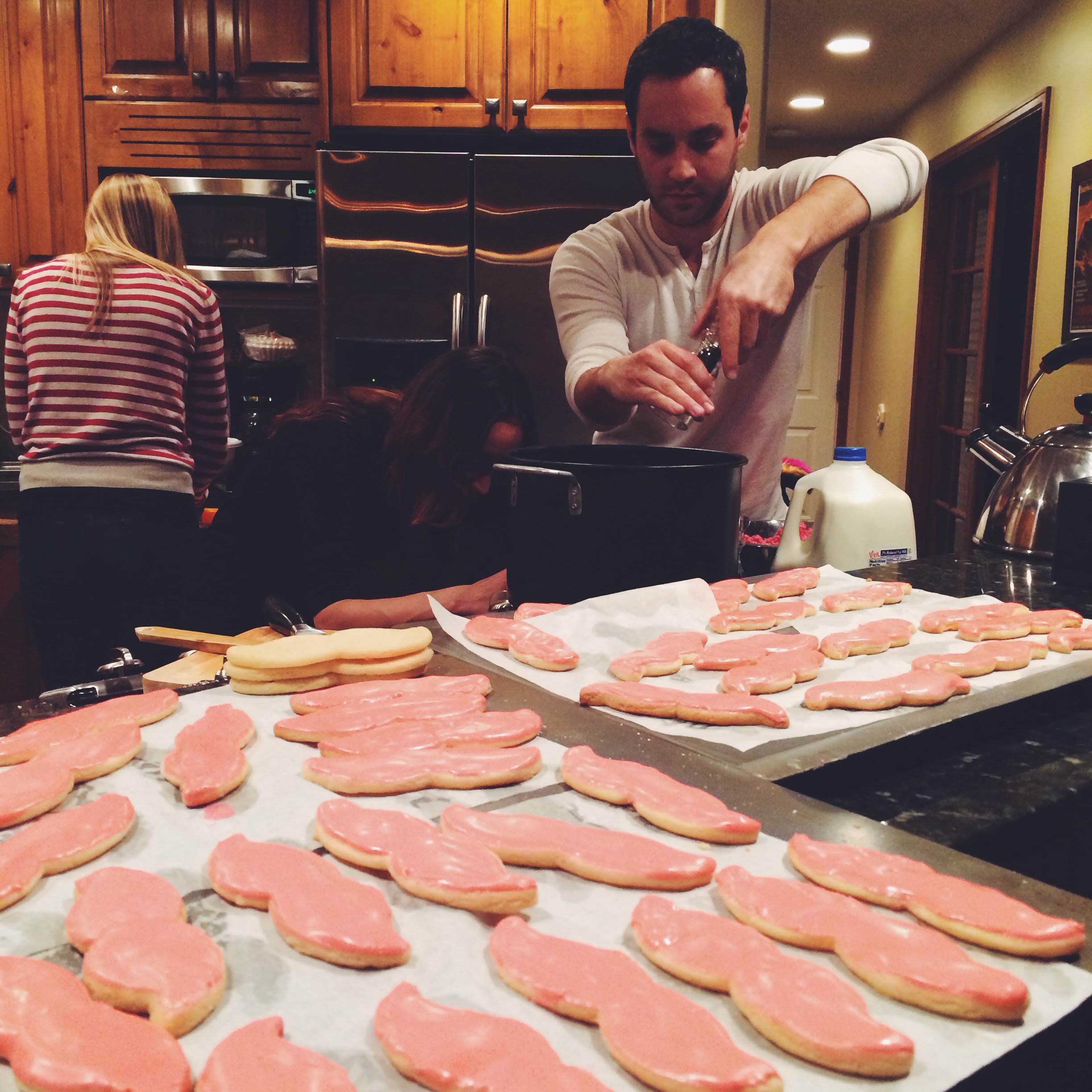 Biggs estimates he spends an extra two hours every day preparing and baking cookies for his Lyft ride. The company does not pay for materials, and certainly doesn't pay for Biggs' extra baking time. Critics point to this as exploitative -- Lyft benefits from the extra work of its drivers, without funding such efforts. Biggs says he doesn't see it that way.

"One of the things Lyft stresses in its orientation is allowing you to express your creativity and have fun in your car," Biggs says. "I don't make the cookies because I think I'll make more tips. I don't make them for any other reason besides that it makes it a more enjoyable experience for me."

For Amanda Schrader, Lyft has been her salvation from an executive consulting job she hated for eight years. "I got a performance review from a client that said that I should learn to control my whimsy," Schrader says. "And I thought, 'This is no good.'" Schrader quit and now drives for Lyft full-time, running a Harry Potter themed ride. Schrader's such a big Harry Potter fan she even has Harry Potter vanity license plates that read "Hgwrtz."

When passengers get in the car, they can wear the sorting hat. Schrader asks them questions like, "What's the most important thing to you in a friend?" and "What's your biggest accomplishment?" She uses their answers to pick their Hogwarts house, and then lets them dive into "Honeydukes sweets" in the back seat or pick a glowstick from "Ollivanders Wand Shop."

Schrader and Carter are not alone: a handful of Lyft drivers have wildly creative themed rides. The experience they present turns Lyft from a transportation option to a theme park ride, tapping into adults' inner child. Lyft has supported these microentrepreneurs, mostly through internal awards and recognition.

But with "Lyft Creatives," the company is formalizing such endeavors for the first time. The initial Lyft Creatives program takes place this week at Sundance Film Festival in Utah. The company has flown ten of its quirkiest drivers up to Park City to drive festival goers for free. Lyft Creatives organizer Austin Schumacher says it's the beginning of many Creatives events.

It's a smart move for Lyft: The company has figured out that one of its biggest value adds is its drivers' personalities. Unlike regular car services or Uber, drivers are encouraged to be themselves, to get to know their passengers, and to break down that wall between customer and provider. That's half the reason people take Lyfts in the first place -- the sense of community and the chance to get to know a stranger in the city. The other reason people take Lyfts is because of affordability.

Unfortunately for Lyft, with Uber competing heavily on price, the Lyft community might be all it has left going for it.