You’re a Utah Jazz fan seated in the EnergySolutions Arena in Salt Lake City. It’s approaching halftime and the game is tight. Shooting guard Gordon Hayward slashes in and takes an inbound pass from rookie point guard Trey Burke. He slips the defense and puts up a floater. Nothing but net. The crowd roars.

Fans pull out their mobile devices to watch a replay of the blockbuster play from various angles of their choosing. They scroll through real-time game data, and read game comments on social media. Getting up for food, the app tells them where to find pizza or hot dogs, and based on previous buying habits might even squeeze out a discount code.

It’s either an exciting augmentation of the sports watching experience or an affront to the purity and social camaraderie of sports watching. But it’s a future that Kansas City-based Sporting Innovations and its FAN360 platform, along with the Utah Jazz, have begun working toward with the launch of a new mobile app for the rest of the 2013-14 season.

Progress, however, can be frustrating. Held back by restrictive TV licensing agreements through the NBA and no stadium wifi the Utah Jazz app, powered by Sporting Innovations' FAN360 platform, is only a small step up from the apps that all NBA teams offer their fans. No video, yet.

“This is just the first step in our end state vision,” says Sporting Innovations’ co-founder and co-CEO Asim Pasha.

Already, Pasha sees the Utah Jazz as having improved upon these older versions by taking the FAN360 platform and turning it into a full ‘fan management’ system. It can pair social information from Facebook and Twitter with ticketing sites and track activity within the stadium, so the team can better understand its fans by knowing how they watch games, what they’re doing when there, and what they’re saying about it.

Sporting Innovations is working with the NBA to allow in-stadium mobile replay next season, using the Utah Jazz as a test case. Pasha says that it has also begun talking with other teams within the league too about adopting FAN360, such as the Orlando Magic and the Boston Celtics.

Still, as it stands, baby steps.

But Pasha’s confidence in his product and the change it could bring about comes from the company’s inception, where he was able to develop Sporting Innovation’s FAN360 platform and see its potential with all the tools at his disposal.

He didn't start out in basketball. Instead, in 2011, Pasha joined the ailing Major League Soccer team Sporting Kansas City as CIO. He’d spent 13 years at the Cerner Corporation helping develop new IT products and strategies in the healthcare industry. Sporting Kansas City was building a new 18,000 seat soccer stadium and he was tasked with handling the technological rollout.

“I could remember going to a football game years ago at Notre Dame and trying to understand what was going on and the context of everything,” Pasha says. Sports teams today have the availability and bandwidth to do something unique, although few thus far have.

The pillars of the FAN360 idea started to come together. The new stadium was rigged with high density wireless Internet that was free for everyone watching the game. Through a new app, video replays could be broadcast to a spectator’s mobile phone over the stadium’s individual IP address then deleted from the device -- to avoid licensing issues -- when they left the stadium.

A goal is scored and everyone in the stadium sees it from their angle. They look at their phones and can replay the moment from a number of vantage points. The app helps customize a fan's viewing experience.

Sporting Kansas City wanted 80 percent adoption of its new application. So Pasha helped design a trivia game to hook people, which pushed out sports specific questions every five minutes and allowed fans to make predictions about what was going to happen next.

“The response was phenomenal," Pasha says. "It became an ego thing. People wanted to prove their fandom.”

After the new stadium launched with its mobile capacities, Pasha says that 250 people flew in from around the world to meet with them. Sporting Kansas City had made a first investment in mobile that a lot of people were holding back from. 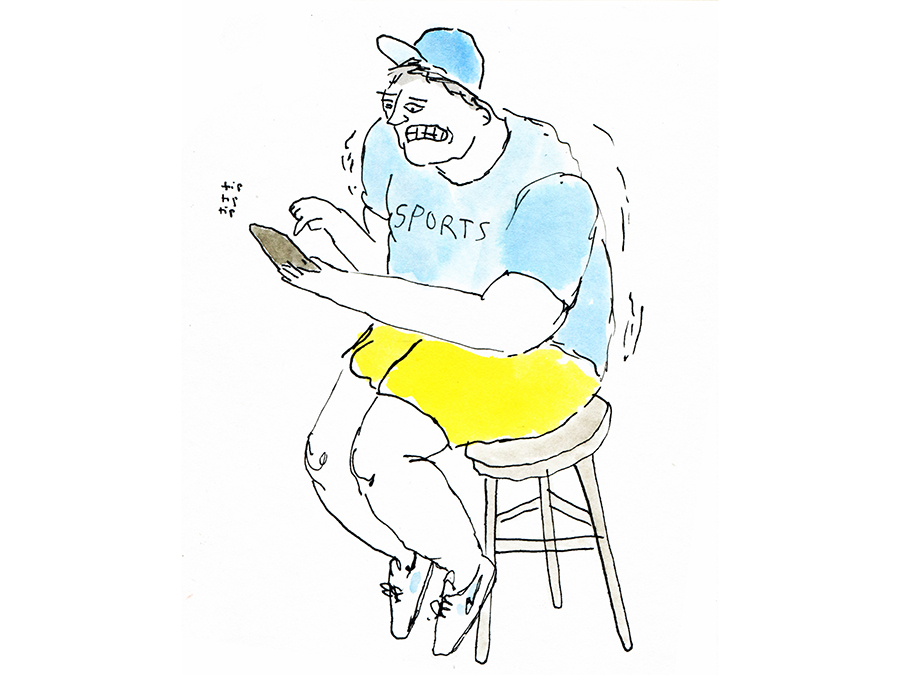 Still, Pasha acknowledges he has rivals. He’s a fan of the work that the San Francisco 49ers have done with its GameDay Live app, which also uses social information and stages in-game contests, but it hasn’t perfected the in-game video piece that he’s seen work so well. Much larger companies, like SAP and Tibco Software, have worked with sports teams before and the college market is set to explode as those teams cater to younger, savvier audiences.

“But what we’ve seen so far is companies taking an existing toolkit, a piecemeal solution, something that worked for say a bank and building from that," Pasha says. "We’ve built an organic solution from the ground up.”

If demand for live mobile engagement spikes, Sporting Innovations is well placed. It takes a subscription fee on the apps it builds, a piece of every ticket sale that happens inside the app, and Pasha consults extensively with teams on improving their digital presence.

Which isn’t going to stop an organization like the NBA, as a worst case scenario, from reverse engineering his app and creating its own one-size-fits-all version of FAN360 for all its teams. It would be unheralded, but the NBA has shown an affinity for imposing league wide standards.

The company’s major hurdle, even after the success in Kansas connecting fans and the team’s app, is making the program seamless for its fans, adding intuitive value to implore repeat use. Mobile instant replay could be the missing piece. It remains to be seen whether social interaction and ticket offers on top of game data and articles is enough. After all, spectators can browse Twitter and Facebook on their own at the stadium. They don’t need FAN360.

And not everyone is sold on the benefits that Sporting Innovation promises, either.

Mark Cuban, owner of the Dallas Mavericks and a guy who knows something about tech, believes the whole concept of in-stadium apps is flawed. “I can’t think of a bigger mistake then trying to integrate smartphones just because you can," he wrote on his blog. "The last thing I want is someone looking down at their phone to see a replay.”

In Cuban’s mind things like FAN360 take away from the human element, the person-to-person connection, the spontaneous high-fives between strangers.

Pasha disagrees. Although the two have talked about it Cuban still thinks Pasha is “full of shit.”

Nevertheless, Pasha thinks he has a winner, and he says that his experience affirms that the model works. For Sporting Kansas City fans, the app fades to the background while the game is on. It comes to in key moments and enhances downtime. Fans loved it.

“Sporting Kansas City fans spent 85 minutes on average inside the app," he says. "It was supplementary to the action. We didn’t want mobile to replace the event."

If he can get that same level of organizational commitment from the NBA, Pasha may be on to something big. But it won't be easy and it will take time.

[Illustrations by Hallie Bateman for Pando]