As the economy gets stronger, jobs in the tech sector continue to boom. Every month around 9,600 technology-related jobs are added. Which is why teaching technology -- be it MOOCs, code camps, meetups -- has become such a popular entrepreneurial endeavor over the past few years.

But not everyone has been catching the wave. Minorities and women represent a tiny fraction of the robust technology economy. The good news, I suppose, is that there are advocates and leaders out there trying to fix this. And, well, they have their work cut out for them. South by Southwest held a fascinating, albeit depressingly under-attended, panel on this issue with a few of these leaders.

To give you a sense of the inequality gap Laura Weidman Powers, co-founder and executive director of the minority engineer advocacy program CODE2040, says the average income of a computer science graduate equals the median income of one black and one latino family combined. That is, one engineer rakes in more cash than two entire families.

That's why she views her role as so important. "There's a deep need for technical talent," she told the audience. "There will be a million jobs in tech unfilled by 2020."

A great deal of what she does is to seek out universities that have top minority engineers of which most companies aren't aware. CODE2040 has mapped out and connected with institutions it considers underserved by current recruiters. "[Tech companies] think they'e tapped the talent pool, and what we're saying is 'no, you have not,"" Powers said.

The pitfalls that minority students face come from myriad angles. For one, many minority students lack the guidance to help prove themselves to potential employees. "We saw that students who were technically talented weren't presented in a way that companies would recognize as being right for them," Powers said. For instance, many students believe GPA should be the top priority to secure a job. For many companies, however, exhibiting side projects is just as important. Students who have not received the proper coaching may not know that and opt to overload on classes instead of spearheading a coding club. 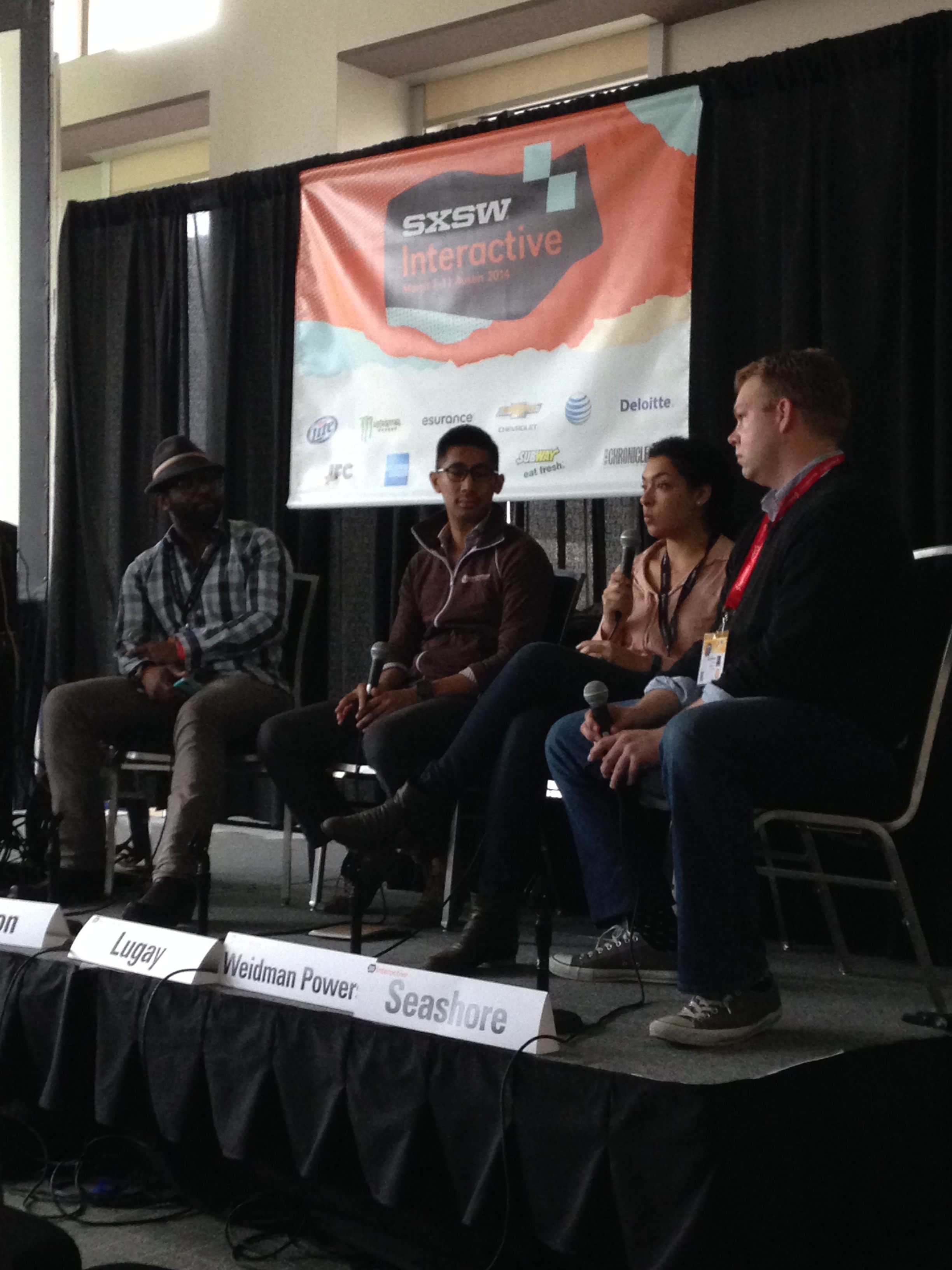 To the panelists, this issue is just as important as it is time sensitive. "Systems and cultures calcify over time and tech is relatively new," said Mario Lugay of the Kapor Center for Social Impact. "The longer we wait, the longer it calcifies." That's why he and the others see their roles as making sure people are talking about diversity in tech, which can lead to action.

The flip side, of course, is that while people love to talk about diversity in the abstract, the specifics can get uncomfortable -- especially for such a white male dominated industry. "How do you have a conversation like this with a white guy, which is probably 75 percent of the time?" Powers asked. Her answer: just do it. "This is awkward, but what's important is that we're talking about it."

Half the battle, then, is just having this conversation. And many tech companies, it seems, are turning a blind eye. "The inability to recognize the root causes of this inequality is tech's greatest inefficiency," Lugay said. "The subtle biases that plague the tech sector make not-so-subtle distortions."

There are no easy solutions. Ultimately, if tech companies are to fill the ever-increasing slots for jobs, they may have to shift the dominant culture. The way to do this may be to have these difficult conversations Powers alluded to and seek out new recruiting avenues.

As Powers put it, tech companies ought to be "[looking] at it through the lens of market opportunity." While these panelists could be considered activists, to them they're just market analysts exhibiting an untapped supply.