This afternoon's SXSW  keynote was given by Chelsea Clinton on "Harnessing the Power of Tech and Data for Development."

Speaking to a packed auditorium, the former first daughter tracked technological developments over the last century or so, and posited what technology needs to do to aid human developing. Unsurprisingly much of those things turned out to involve her family's organization, the Clinton Foundation (of which she is the Vice Chair).

As with most keynotes, nothing terribly newsworthy was said. It's a bit like a commencement speech at your university; the speaker is some leader saying powerful things, but ultimately it's nothing most people didn't already know.

Clinton wasn't all facts and lofty quotes, though. She played the crowd, alluding to her mother's now infamous meme "Texts from Hillary," and poked fun at her father's lack of technological knowhow. "He has still only sent two emails," she joked. She even inserted a quip about Twitter going down earlier in the day.

Beyond the formalities, Clinton challenged the tech community to improve the use of technology for doing good. She highlighted some of her favorites including Kiva, which gives direct loans to low-income entrepreneurs, and M-Pesa, a mobile banking startup based in Africa. And again slipped in a few plugs for her own Foundation. 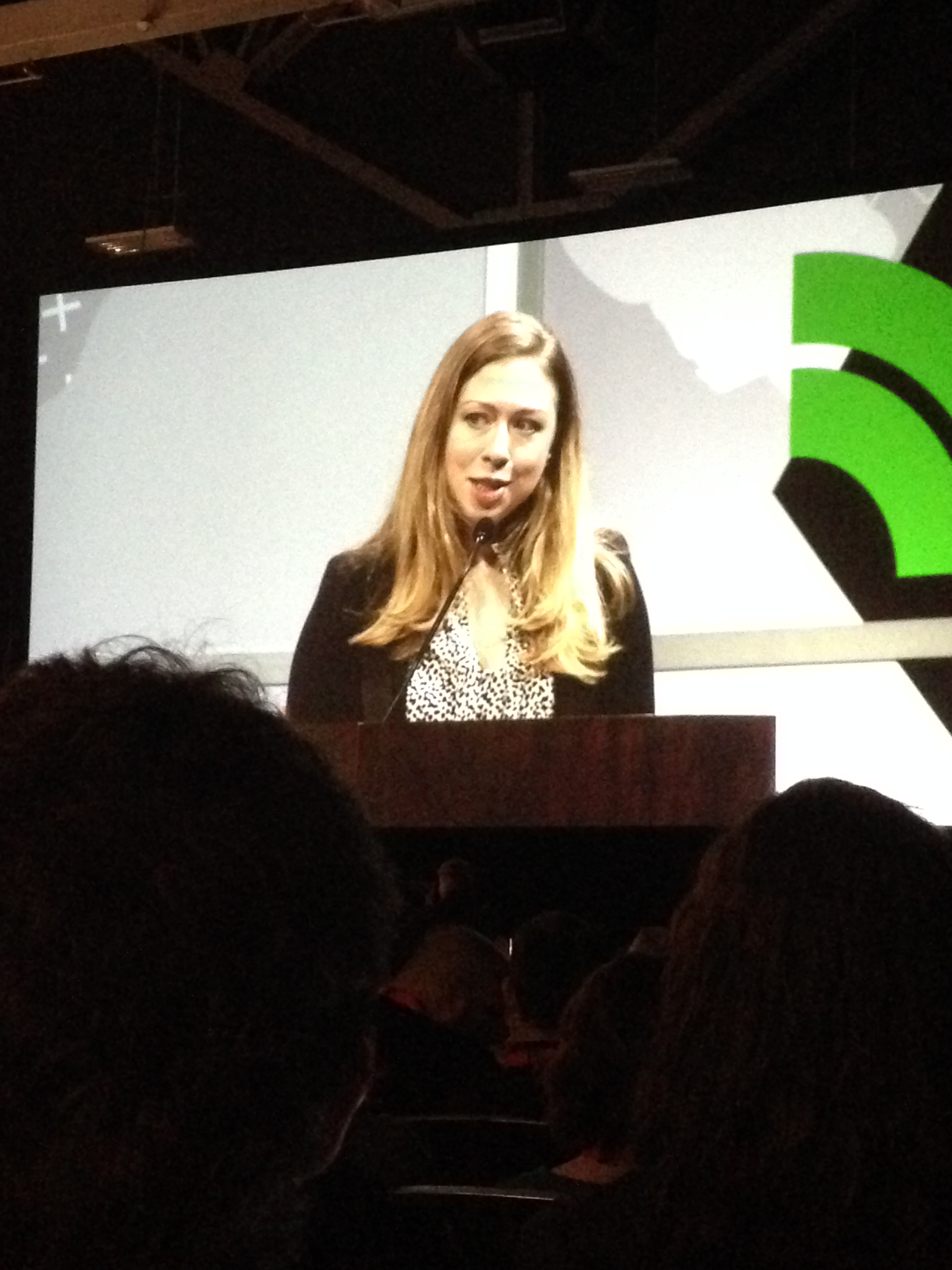 My view of Chelsea Clinton from the packed auditorium

"I'd like to know if we're the best," she admitted about the Clinton Foundation.

So she called for ways to look at existing technologies, compare them, and create metrics to decide which work best. "Innovation isn't always new," she said.

"Almost every challenge has been solved by someone somewhere," she said. Now she sees the problem in solution aggregation. So her call was for an agnostic solutions hub, one hopefully developed by someone in the room listening to her, who wouldn't have a vested interest.

According to South by Southwest Interactive's Director Hugh Forrest, Clinton was asked to speak because more and more attendees are wanting to see content and programming and content related to social good. So while she's not a tech maven, she did present some interesting factoids about technology and humanitarian efforts.