How should entrepreneurs (and investors) factor the risks and challenges of regulation into their decision to start a company or invest in one? It doesn't come up very often -- regulation rarely intrudes on the fate of startups. Even if you are in a regulated industry, generally you can fly below the radar for quite a while.

Lately regulation has been in the news with discussions around a number of industries. Drones have entrepreneurs salivating at the disruptive opportunity for unmanned flight to empower delivery of goods, aerial surveillance, and more. Yet, the FAA is concerned about flying objects weighing several pounds or more crashing and injuring people or property. In the automotive industry, Tesla wants to sell cars directly to consumers, arguably in violation of long-standing franchise laws. Finally, real money online gaming has been legalized in New Jersey and other states are considering it.

The conventional Silicon Valley wisdom is to steer well clear of regulatory risk. Startups are resilient to most challenges, but one dimension that is particularly difficult is time: it is crucial to keep the flywheel of forward progress spinning, as this keeps investors happy and brings in new ones, keeps employees engaged and satisfied, and is the source of your primary advantage versus incumbents – the ability to move much more quickly, offsetting your far inferior resources.

Regulation has the power to stop companies in their tracks. The government works on its own timeline, one which is often measured in years. If your startup is burning hundreds of thousands of dollars a month, a regulatory delay of 18 months can be deadly.

As an entrepreneur, I found myself in the the rare case where regulation was front and center in the conception of my first business. We had the idea to build a NASDAQ for betting, treating bets as a financial transaction rather than entertainment and creating a clearinghouse for these transactions. Not having a lot of betting industry experience, my co-founders and I had hoped it could be done in the US where we lived. Alas, the Wire Act makes transmission of betting information across state lines over the telephone a federal offense in our country, and while one might quibble about the difference between a telephone and the Internet, it was pretty clearly an idea we would have to abandon if we didn't want to go to jail.

We couldn't shake the power of the idea, however, and eventually explored the possibility of starting the business overseas. Eventually, we settled on the UK, a country with a longstanding tradition of sports betting. The laws predictably did not anticipate the invention of the Internet as this was around the same time that the UK’s first online bookmaker with a traditional model (Blue Square) was coming to market. Yet, the UK had thousands of small offline bookmakers, guys with a single shop and a bankroll to take bets. So, we decided to apply for a standard bookmaker's permit.

I had to stand up nervously before the judge to establish my character – meaning whether I had enough cash to pay off everyone I lost to or whether I would take customer's bets and disappear when it was time to pay off. No one asked any questions about online security, much less a contemplation of my new exchange model and the ways in which that would transform wagering.

We got the only license that they issued and quickly launched our product, Betfair, assuming we would figure the rest out later -- the startup way. 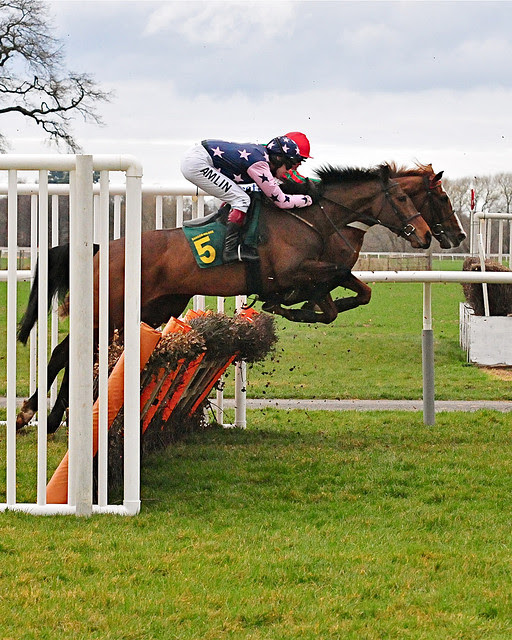 As we began to disrupt the incumbents, things changed. Our exchange model led to a structural cost advantage, which meant we were offering significantly better odds than the offline bookmakers (or, more correctly, our customers were -- we just cleared transactions). Understandably threatened, the incumbents chose to fight this through a series of legal challenges that remain unsettled now eight years later.

Like all dominant incumbents, they UK betting industry continues to wield regulation as a sword to limit consumer choice and keep prices higher – to the service of their profit margins. It's been a slog, and while the UK government has generally been enlightened about evolving regulation with technology, many international jurisdictions have not. Our team has scars up and down our bodies from fighting this battle. It's much less fun as an entrepreneur to wage battle through lobbyists and lawyers than through product, technology and marketing.

As an investor, I’ve looked at a number of regulated businesses, and generally avoided investing in them. The most important (and unfortunate) decision was passing on Uber (then called UberCab). At the very early seed stage, I discussed this business with my friends David King and Rich Chen, who were also looking at the deal.

We all agreed that the product was hugely disruptive and something we would use, but I was convinced the Taxi and Limousine Commission would shut them down. With medallions granting drivers the right to pick up fares on the street costing hundreds of thousands of dollars, how could someone operate under a (virtually free) limo license and pick up a "pre-booked passenger" who just booked seconds before? Who would ever buy a medallion in the future? David agreed in his email from June 2010:

I spent some time with guys who run some of the largest livery services in the bay area (with hundreds of affiliates around the world) and he claims it would be illegal for his fleet to pick up people from an app where the booking was "just in time" and not "properly scheduled". I think that when innovating you always end up playing a bit at the fringe of what's legit, but I'm concerned this might still be mired in municipal/legal battles which would make it hard to scale up a world-wide or nation-wide service. Anyway, I love the space. Maybe they can solve it!

I concurred, did not pursue the deal, and missed one of my favorite businesses built since I started in venture – in fact, I think, my favorite. This job is structurally disposed to creating regret, you will inevitably pass on good businesses. But this above all is my kind of business. (It's easy with hindsight to see what a great business it is.)

What's ironic is that I passed based on a "false lesson" from Betfair: regulation is hard. And yet, we built a multi-billion dollar business by delivering customers a better product and figuring out the details of the regulation later. Which is exactly what Uber needed to do, and did do. What a strange (and depressing) reason for me to not pursue it!

In reflecting on this, my views of regulation and its role in startups has changed somewhat. I’ve come to realize that it can be both an opportunity as well as a risk.

As an entrepreneur, these are the attributes I would think about in deciding whether or not to take on regulatory risk:

Consumer Value: If you are providing a product a large number of consumers will love, this can be wielded as a political weapon to bully people, especially elected politicians, into supporting you (as Uber has demonstrated.)

Regulator Strength: In retrospect, the Taxi and Limousine Commission is a perfect regulator to fight, as they are fairly weak. The FAA, on the other hand, ought to be much tougher for drone advocates. Generally speaking, elected officials are more vulnerable to your superior ability to wield social media to put pressure on them.

Regulatory Value: Expensive medallions and artificially constrained cab supply are a ripe target. On the face of it, the FAA's concern with risks created by drones feels a little more defensible. If the regulation is destroying consumer happiness for no good reason (or a reason, like car franchise rules, whose time has past), it's a much more ripe target.

Clear Regulator: Bitcoin, for example, has a number of different potential agencies that could decide to intervene. Uber has the advantage of a generally clear opponent to fight.

Incumbents: Are the people who benefit from the status quo powerful or weak? Are they aware of the threat you pose, or can you sneak up on them?

As an aspiring entrepreneur, rather than run from regulation, my suggestion is to search out neglected opportunities by hunting for places where regulation has limited competition. By maintaining an open mind, you might be able to create a breakthrough consumer product.

What has changed is Uber's demonstration that you can rally supporters through social media to put pressure on regulators and elected officials, and through the use of overwhelming constituent pressure, break through the system's defenses. It's like finding the air shaft on the death star!

Editor’s note: This is a guest post by Josh Hannah, a general partner at Matrix Partners. The post went through PandoDaily’s usual editorial process. Mr Hannah was not paid for this post.