San Francisco, 10am. When a group of UberX drivers showed up at the company's 3rd and Mission headquarters this morning to protest -- amongst other things -- a lack of communication from the company, they were met with... breakfast.

The drivers had intended to form a picket line to complain about the fact that Uber doesn’t have a hotline for them to call when they face passenger issues. But the company had apparently got wind of the protest a week prior, and had its driver operations team ready with a table of bagels, pastries and coffee. Even company CEO Travis Kalanick made a brief appearance early on, chatting with drivers who stopped by.

A dozen or so disgruntled drivers trickled in and out, speaking with support staff about the issues they faced. One man, who only wanted to go by his first name of Feryeoon, told an Uber employee that he sometimes deals with angry customers and wants a way to contact Uber quickly when that happens. The community manager explained that the company has office hours for drivers to stop by and are receptive over email.

As for the requested hotline? “We’re working on that. We’ll start with a hotline for more pressing, urgent issues,” an Uber spokesperson told PandoDaily.

One Uber driver, Jafar Jafari, told PandoDaily he was there to protest the five star rating system. “They should just have a rating that’s good or bad,” Jafari said. He explained that the star ratings system isn’t good news for the driver because it eventually leads to Uber disconnecting a driver from the service. He said passengers don’t realize the stress they cause drivers if they give them three or four stars instead of five. “Uber is a good company. It should answer to the people,” Jafari said.

Uber’s open door, coffee welcome is a far cry from the company’s response to suggestions as early as four months ago. Uber used to respond defensively to any criticism, at least coming from the media, but those days seem to be far behind it.

As an Uber spokesperson told PandoDaily, “Drivers are our customers too and we want to keep them happy.” 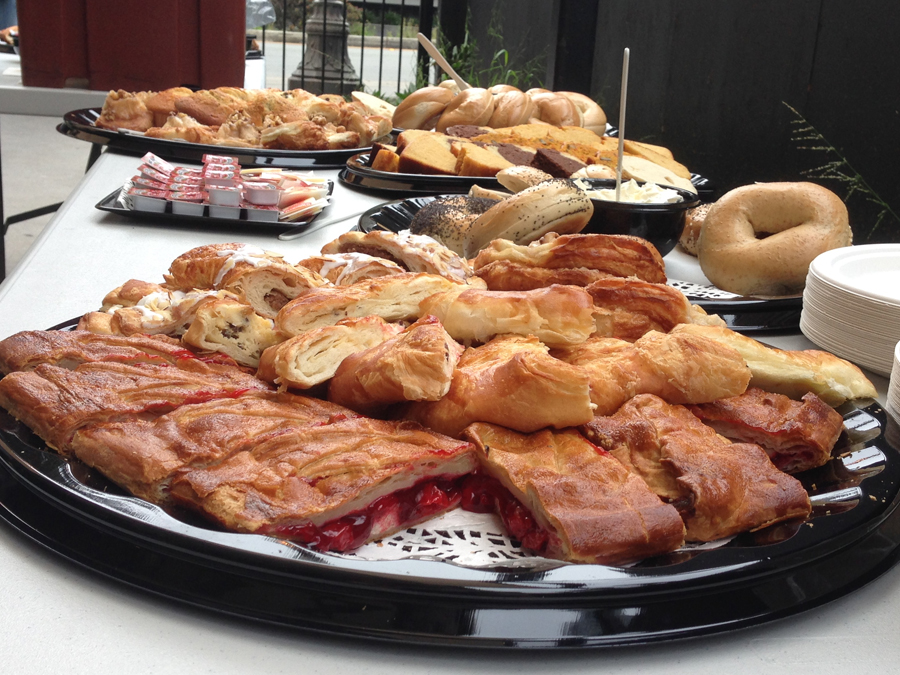 [Photos by Carmel DeAmicis for Pando]