This past weekend, Pando has been reporting on the rapidly growing scandal over New Jersey handing millions of dollars of public pension money to VC firm General Catalyst after a partner in the firm, Charles Baker, made a sizable donation to governor Chris Christie’s state party. The story, which involves state and federal pay-to-play rules, is made all the more explosive by the fact that Baker is currently a Republican candidate for governor of Massachusetts.

Today, however, comes potentially the most interesting twist yet. Pando has discovered evidence  appearing to show that the specific General Catalyst investment fund into which the Christie administration moved public money later became a key investor in a pair of companies at which Baker himself sits on the board.

In other words, we already knew that Baker donated money to Chris Christie, after which New Jersey moved millions of dollars in public money to a VC firm for which Baker serves as a partner. Now we know that the specific fund which received the NJ pension investment later made an investment in companies on whose board Baker serves. (See below for timeline.)

According to documents filed with the New York State Department of Finance and obtained by Pando, the private equity partnership General Catalyst Group VI “has 2.60% of the voting control” of Mulberry Health, which, according to the same documents, is the parent company of Oscar Insurance. Securities and Exchange Commission documents show that Baker is on the board of Mulberry Health, while General Catalyst's website notes that Baker also serves on Oscar Insurance's board.

General Catalyst Group VI is the same fund that the Christie administration committed millions of dollars worth of public pension money to in 2011 -- only months after Baker’s $10,000 campaign contribution to the New Jersey Republican State Committee.

Taken together, through General Catalyst Group VI, New Jersey taxpayer money is being invested in at least two firms Baker helps manage - and that money made its way to Baker’s companies after Baker made a major contribution to Christie’s state party. Put another way: General Catalyst COO Bill Fitzgerald previously insisted to the Boston Globe that "What is clear is that Charlie had no role in working with the state of New Jersey on the pension funds." Yet, after Baker's donation, some of that New Jersey pension money was moved into the very fund that invests in Baker's General Catalyst-affiliated firms. 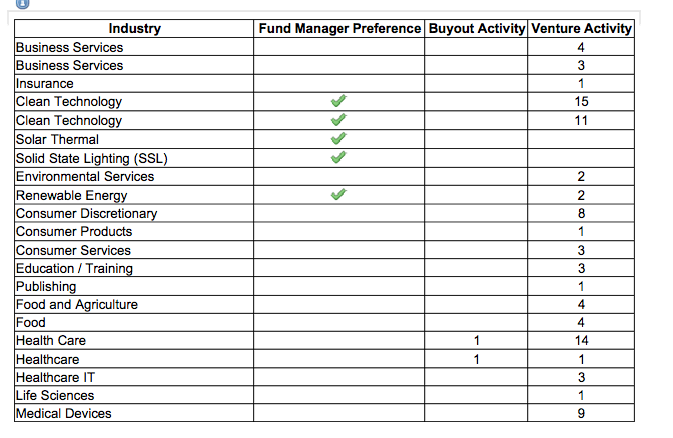 The Boston Herald previously reported that Baker was “named chairman of the board of directors for Oceans Healthcare, after leading a $17 million funding round from General Catalyst Partners for the Louisiana-based behavioral health provider.”

General Catalyst has not responded to Pando’s request for information about whether General Catalyst Group VI is investing in Oceans Healthcare and, thus, using New Jersey taxpayer money to directly support that Baker-connected firm, too. However, it is noteworthy that David Fialkow serves on the board of Oceans with Baker. That is the same David Fialkow who, according to Securities and Exchange Commission documents, is one of the executive officers of General Catalyst Group VI - aka the fund into which Christie moved New Jersey taxpayer money.

Baker, General Catalyst and the New Jersey Department of Treasury did not respond to a request for comment for this story. A Chris Christie spokesman responded but declined to comment.

MAY 17, 2011: Charlie Baker makes a $10,000 contribution to the New Jersey Republican State Committee. On the state form disclosing his donation, General Catalyst is listed as his employer and "partner" is listed as his occupation.

JULY 5 2013: Documents from the New York Department of Financial Services report that General Catalyst Group VI - the same fund that got New Jersey pension money after Baker’s contribution - has invested in Mulberry Health, the parent company of Oscar Insurance. Charles Baker sits on the boards of Mulberry Health and Oscar Insurance.