If you've somehow missed the story so far, the segment (embedded below) is a great way to get up to speed. It also features easily my favourite television graphic ever. If ever there was proof that Sirota is doing God's work, it's this... 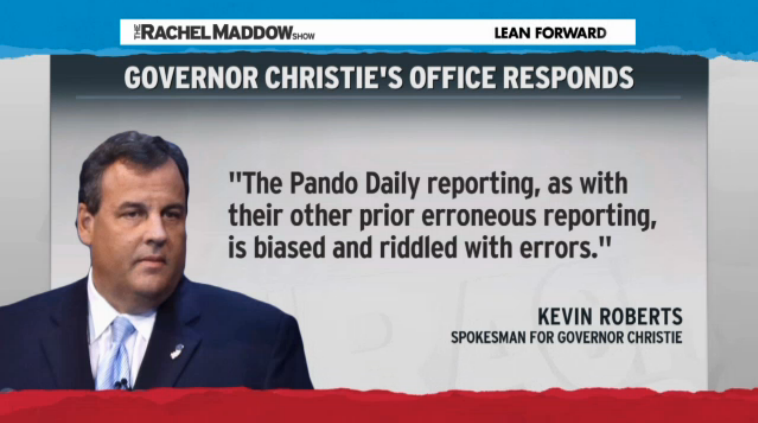 Be sure to watch the whole video, including the part where Maddow's team asked Christie to name a single one of the errors with which David's piece is "riddled."