Gore at Southland: Snowden revealed far bigger violations than the one he committed

One of the most often-asked - and polled - questions in the whole debate about NSA whistleblower Edward Snowden is about his status. Is he a traitor or a hero? In the era of mass surveillance, it is the kind of query that may end up being one of those epochal Rorschach tests -  a question like, say, where you stood on the Vietnam or Iraq wars.

At Southland today, former Vice President Al Gore did not offer a definitive answer to the traitor-hero question, but he did weigh in more on one side than the other. After slamming both government and corporations for collecting too much information on individuals, Gore said this about the hero-traitor question:

I hear this question all the time...I'm like most people, I don't put (Snowden) in either one of those categories. But I will be candid - if you set up a spectrum, I would push it more away from the traitor side. He clearly violated the law (so) you can't say OK what he did is alright. It is not.

But what he revealed in the course of violating important laws included violations of the Constitution that were way more serious than the crimes he committed. In the course of violating important laws he also provided an important service because we did need to know how far this has gone. Gore also told the crowd that his initial reaction to Snowden's revelations was "dismay that [NSA surveillance] had gone as far as it has." He added:

This is a threat to the heart of democracy. Democracy is among other things a state of mind. If any of us are put in a position where we have to self censor, and think twice about what we write in an email, or what we click on for fear that somebody reading a record of this may misunderstand why we looked up some disease or something, some young people who might otherwise get help with a medical condition, might think oh my gosh if I put down a search for bipolar illness I will be stigmatized if my online file is hacked or accessed by my employer. That kills democracy. 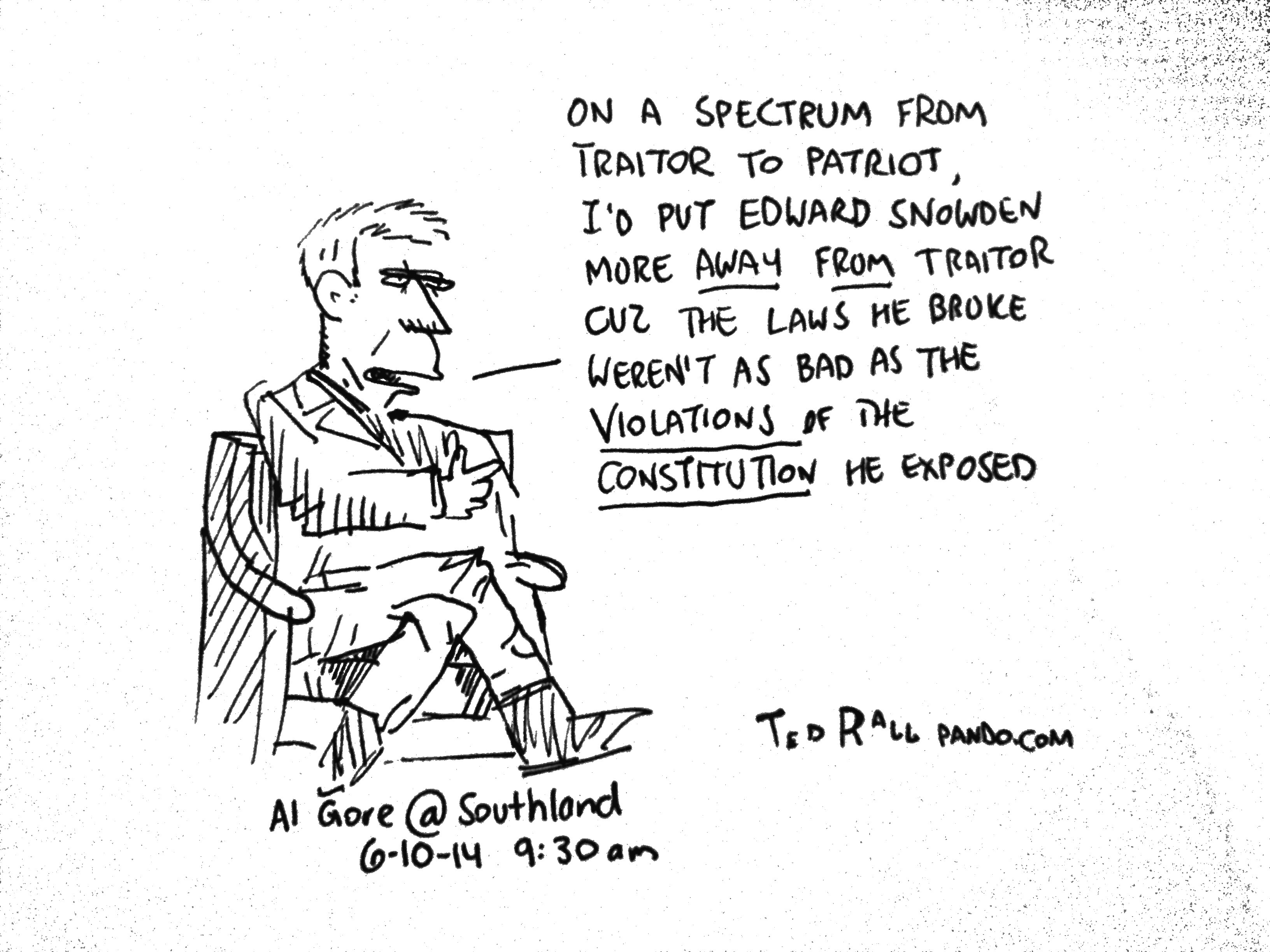 Cartoon by Ted Rall for Pando; image by Geoffrey Ellis for Pando