By Christopher Goscinski , written on July 7, 2014

Google’s Project Loon -- "balloon-powered Internet for everyone" -- is something you've likely heard about. You might even have read concerns about how they could, in theory at least, be used for spying. But, unless you live near South Island, New Zealand, it's unlikely you'll have actually seen one of Google's fancy hi-tech balloons.

If you're curious where they are, though, it turns out there's a way to find out.  Even though they fly between 60,000 and 90,ooo ft., well above commercial (and even most military) air traffic, the balloons are still assigned flight numbers. Because of this, using regular flight-tracking software, you can see where they are, and how fast they’re traveling.

Today, there seem to be only five balloons in the air off the coast of New Zealand. (Their call sign begins with HBAL so they’re easy to filter out, even thought they look unsettlingly like fighter jets) Here's a screenshot of their location, or you can track them for yourself here. 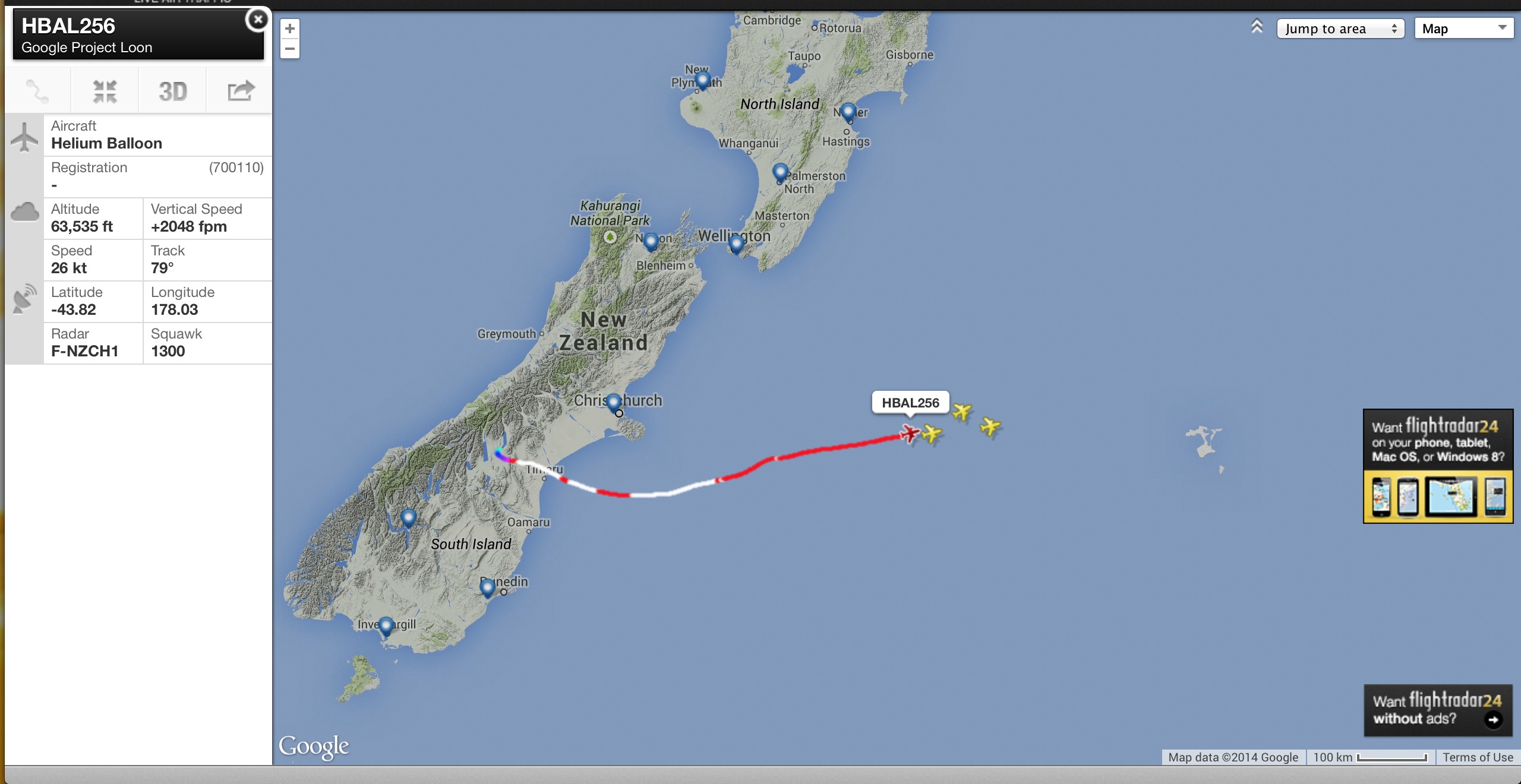 Now we can watch Google's takeover of our skies in real time!