Meet the asshole behind San Francisco's most assholeish billboard

The one which threatens waitstaff and other service workers that they'll be replaced with iPads if they dare to ask for a four dollar raise in minimum wage over the next four years, in a city where rents have risen almost 10% year on year?

The one that's funded by a conservative lobby group which also employs a guy who argued in court that Apple should have forgiven for secretly and illegally fixing its employees wages to keep them artificially low? 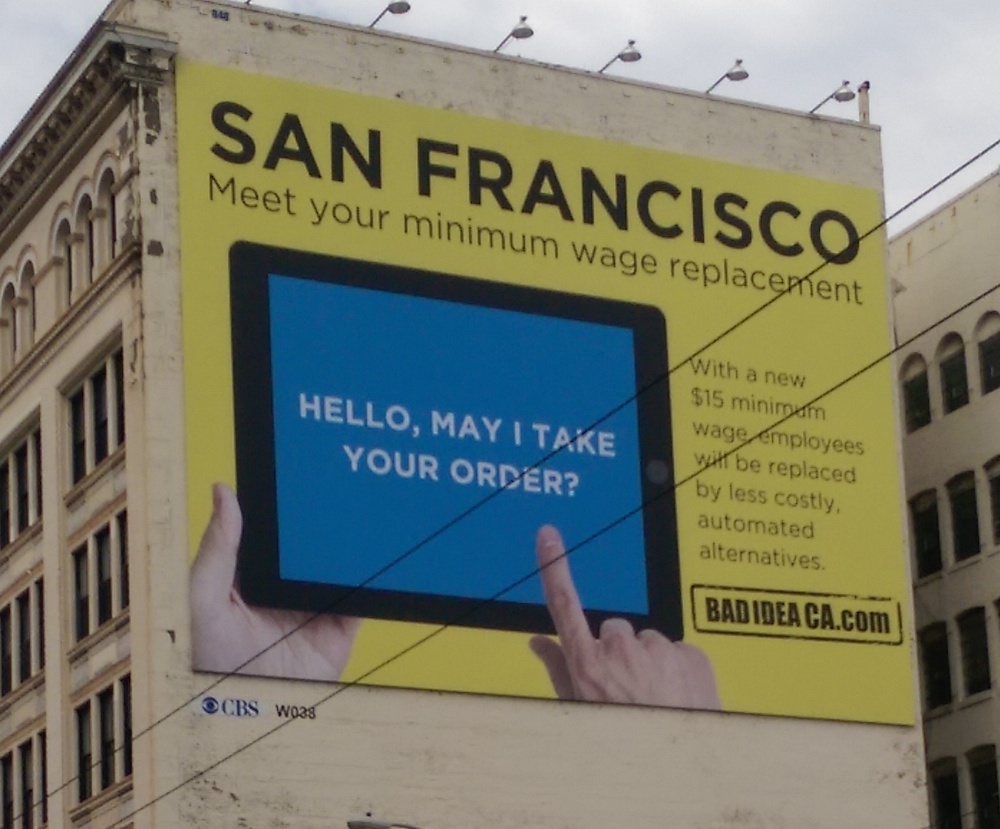 Of course you do.

Well, a few hours ago, the guy behind the assholeish billboard, created by the assholeish lobby group, that employs an asshole to encourage others to be even greater assholes, finally responded to the mounting criticism of his assholeish campaign. And guess what?

He was an asshole about it! 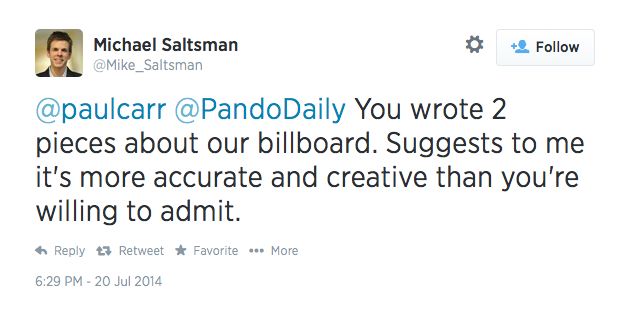 Quite how us having written about the assholeishness of his billboard is testament to its accuracy is unclear, as is at what point "giant and obnoxious" became a synonym for "creative." But Mr Saltsman's assholeish response raises a more important question...

Who exactly is this asshole?

Well, as well as being a thoroughly creative asshole, Michael Saltsman is the research director at Employment Studies Institute, the group that paid for the billboard in San Francisco, and also this one in LA... 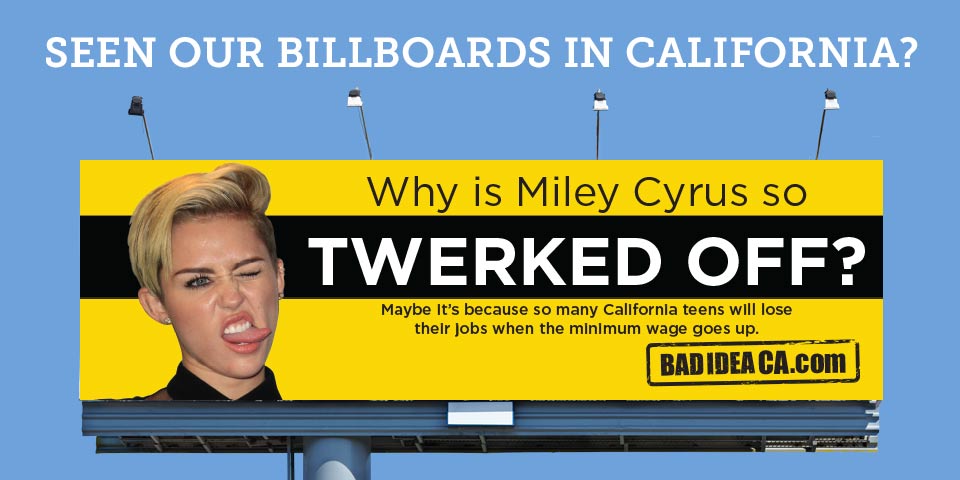 (Also unclear: why Miley Cyrus would be "twerked off" at a proposed minimum wage hike, given she earned a reported $76.5m last year. Even at the proposed new rate, a San Francisco restaurant worker would have to wait tables non-stop for more than 580 years to match her annual income.)

For some reason, though, Saltsman doesn't mention his employer on his Twitter bio. Instead he describes himself simply as a "Researcher, Communicator, Defender of the Minimum Wage." Where by "defender" he presumably means "asshole who spends millions of dollars trying to destroy it on behalf of massive corporations."

But Saltsman doesn't just limit his assholeishness to billboards and Twitter bios.

Here, for example, him being an asshole in the Wall Street Journal, blaming democrats for wanting to pay service staff so much that soon everyone will be replaced by robots. Restaurant chains have no choice!

Customers may find the new technology convenient, but the thousands of young adults who used to earn money filling these roles won't. The data suggest employers are acting from economic necessity rather than spite.

And here's him in another WSJ guest column, being an asshole in response to President Obama pointing out that Costco is hugely profitable while still paying minimum wage..

Not all businesses can afford the cost of Mr. Obama's good intentions... Costco charges its customers as much as $110 a year for the privilege of shopping at the store. That's a $2 billion-per-year luxury no grocer or restaurant enjoys.

And here he is again, billed as a "contributing writer" in the Orange County Register, assholesplaining about how a "higher minimum wage doesn't cut poverty."

The New York Post appears to have given him carte asshole to attack the minimum wage, while the Huffington Post has an assholy trinity of Saltsman columns including...

With that last one, Saltsman might just have reached peak asshole. "Here's an outside-the-box proposal to get our young people back in the workplace," says Saltsman, who likely earns more in a year than most minimum wage workers do in a decade.  "Let's make teens less expensive for employers to hire. Let's lower their minimum wage."

Previously: Not everyone is outraged by San Francisco’s most obnoxious billboard (Spoiler: Libertarians)