"We strategically manage reputations based on our proven understanding of how and why some stories have impact, while others fade away." - Goldin Solutions

Throughout Pando's reporting on Indiegogo scampaigning in 2014 the company has been comically tightlipped. Of 16 requests for comment I've made to the company dating back to the end of March -- on everything from a currently running campaign for the Ritot smartwatch that has banked $1.3 million despite being proven to be complete bullshit, through to Moscow-based Healbe pretending to be from San Francisco -- they've returned just three. (And two of those have been no comments.)

Still, following my piece on Tilt on Wednesday, Indiegogo finally wrote to me. I guess the key to getting someone to talk back to you, is to start a conversation that doesn't involve them.

In the Tilt profile, I talked to CEO James Beshara about taking down the campaign for the Scribble Pen when it had already raised $227,000, because of problems with the product video and inconsistencies in the information Scribble provided Tilt. Behind the scenes, we heard that on top of having a misleading product video, Scribble were also trying to pass themselves off as being from America, when they were not. Given that Indiegogo has allowed discredited and misleading product after discredited and misleading product to continue to swindle its patrons, overlooking egregious fabrications like Healbe's "San Francisco"-status, I noted that it was refreshing to see Tilt take a stand.

Except according to an email from Indiegogo's PR flack, it too blocked the Scribble Pen from its platform before it could launch on August 20. "Indiegogo blocked Scribble Pen from launching last month because our trust and safety procedures promptly flagged the campaign," wrote Goldin Solutions' Davidson Goldin -- a former MSNBC editor and NY1 news anchor who departed for the greener pastures of PR. (Fun fact: Goldin's first client as a PR rep: famed literary fabricator James Frey.)

"Please adjust your story and feel free to publish this statement so your readers know the facts," he added.

I responded to Goldin asking him to either provide more supporting evidence of his claim that Indiegogo blocked the campaign or some more insight into why Scribble Pen fell foul of Indiegogo's rules but the million dollar Healbe scampaign was allowed to continue. Goldin declined on both counts, saying simply "You already have our statement for updating your story." 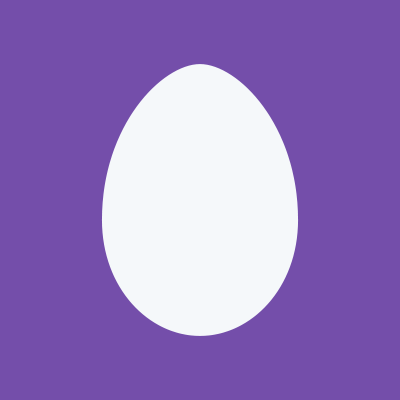 Maybe when Goldin (pictured above, from his Twitter account) was an editor at MSNBC his word was all it took to get journalists jumping, but that's not really how things work here at Pando. Still, just for the sake of amusement, let's assume that someone representing Indiegogo is being straight with us. Goldin's statement is still pretty odd:

To quote CEO Slava Rubin's own words, Indiegogo's major defense from the endless run of scammy crowdfunding through its site this year, is that it is "a platform without judgment or gatekeepers."

But now, Goldin insists that Indiegogo provided both judgment and gatekeeping in the case of Scribble Pen.

The company has talked up its three part fraud detection system (which until Pando's reporting this year it claimed caught "any and all cases of fraud"), which combines a proprietary algorithm and the wisdom of the crowd with internal controls. But there's no reason offered why Indiegogo's system had allowed Healbe, TellSpec and Ritot (to just skim the surface of potential examples) to take the crowd for millions, but pulled up Scribble for sins of a very similar nature. Has Indiegogo finally seen the light? Or is it making the rules up as it goes along, trying to appear to play tough through arbitrary crackdowns?

Indiegogo's algorithm has proven to be a soccer net with no goalie (e.g. scammers have been known to run duplicate Kickstarter campaigns on Indiegogo) and it routinely ignores the wisdom of the crowd (e.g. we documented that people were complaining about Healbe long before we wrote about it), so we're left once again at the feet of Indiegogo's mysterious own "internal controls."

So, what made Scribble different? My attempts to get a straight answer from Goldin ended in frustration: "Just as credit card companies don't discuss the details of their anti-fraud capabilities, the mechanisms of our industry-leading trust and safety procedures -- including a trained staff and custom technology -- are proprietary," he wrote.

And in one additional blow for transparency, Goldin insisted that I didn't even credit the statement to him or his company.  "Attribution should be from a company spokesperson or Indiegogo said in a statement (without a person's name per usual company policy on press statements)," he demanded.

How evasive does a company have to be to hire a PR person to order journalists not to tell readers the name of the guy who is telling them nothing? Indiegogo-level evasive, that's how.