Why I don’t believe in “cinematic” VR

[Editor’s note: This is a guest post by Armando Kirwin, a former film maker now working on the future of entertainment. The post went through PandoDaily’s usual editorial process. Mr. Kirwin was not paid for this post.]

I’m not an expert on cinema. I helped make about a dozen Hollywood films, worked with a VP at Paramount Pictures, and eventually joined Chad Hurley (founder of YouTube) at MixBit. Lately lots of people are talking about virtual reality being the future of cinema, but I have yet to see anything that actually addresses the basics of what it means to be cinematic. Am I the only one who’s confused?

For what it’s worth, my goal here isn’t simply to be contrarian. I’ll attempt to establish where we stand at this moment in time and then dive headfirst into the rabbit hole of virtual reality and cinema. By the end I hope you’ll have a better idea of what cinema is, and as an added bonus, I hope this knowledge may even change the way you look at movies.

Just to be extra clear, what you’re about to read is not about video games; however, they’re a useful way to quickly gain some context. Current games toggle between an active play mode (when the user has control), and an inactive watch mode (when the user has no control). In other words, the cinematic cutscenes are completely passive experiences which serve as breaks between play. Moving part of the controller from our hands to our face doesn’t automatically mean we’ve created a hybrid where none existed before.

“Currently, you’re either playing a game or you’re watching a movie. There is no spectrum; it’s binary.”

Now, perhaps it’s really cool to watch these cutscenes—or even longer pieces of cinema, like movies—on a VR headset. I’m fine with that, but if it’s in the inactive mode where the VR-related components (like the positional tracking) aren’t being used at all, it’s really just a screen on your face. There is still no virtual reality happening here.

Of course, the hype we’re supposed to be buying is that we’re now on the apex (for real this time) of some kind of evolution in the language of cinema that allows for interactivity. And that it’s somehow different from the interactivity that we’ve seen before in video games, and more than just a screen on your face. Here’s why I don’t think it’s possible:

Movies (a.k.a. cinema) are a current, very popular form of story. Stories are about people. You can make a movie with three people arguing in an apartment, someone trapped to a rock by a boulder, a dude stuck in a coffin… basically, people are the only requirement. You don’t even need a set. In one of his movies, Lars Von Trier drew the outlines of buildings on a floor and still managed to tell a story. In fact, we know from thousands of years of theater that being situated in a “place” isn’t even a requirement. A theater stage is simply an empty space with people in it.

“No matter how well rendered, virtual reality cannot be the future of cinema until there are people in it.”

Yet, in building virtual reality we’ve gone about it backwards, starting with the space and ending, well… with an even better space. This is false progress. More polygons haven’t given rise to VR, just like faster processors haven’t given rise to AI. In Hollywood we’re now really good at using CGI to make virtual environments, but they’re still just a backdrop to the actual story. 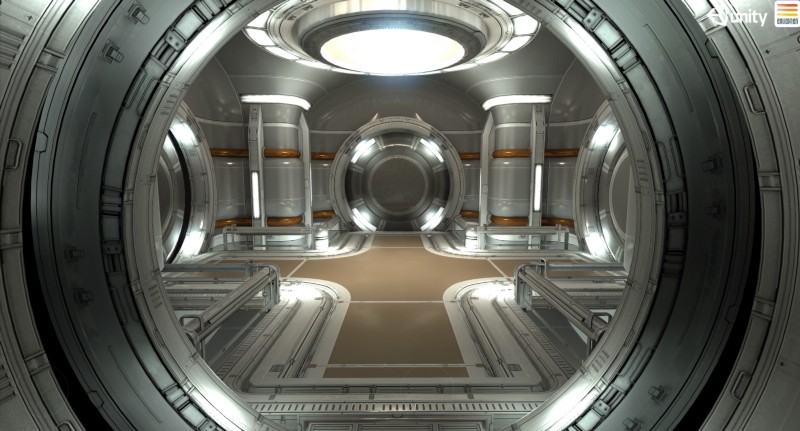 Of course, it’s unfair to fault virtual reality for not being cinematic enough when the underlying technology is a game engine that’s only capable of producing computer graphics.

So let’s talk about the non-CG “virtual reality” demos that we’ve seen. You know the ones: 360 degree cameras for “real reality” that create immersive content meant to be consumed on a VR headset. This approach is meant to address the limitations of the people-less CG world. And the venture capital dollars flowing into it indicate that the hype is working. 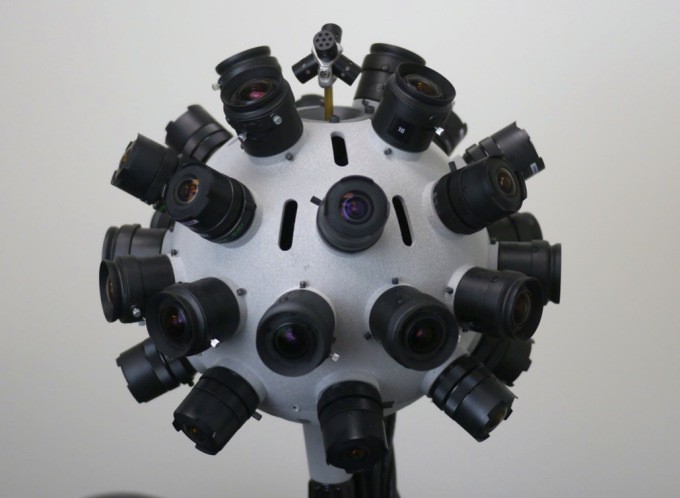 The truth is that anyone who says, “Wouldn’t it be cool if you could watch a scene in 360 degrees?”, or some variation thereof, seems to be ignoring everything about what it means to make or watch cinema.

Where the camera is positioned, how it moves within the scene, what type of lens is being used, the way your eyes are being guided around the frame or used to form bridges across cuts, composition, lighting… These are the foundations of movie making. The basic elements of the language of cinema itself. What I don’t understand is why creators would want to abandon huge pieces of this language and thus greatly diminish their storytelling capability. What is there to gain in this scenario? It’s like asking someone to convey a complex topic using only the vocabulary they had in the third grade.

If you’re going to kneecap a creator’s ability to tell a story, you’re going to reduce the quality of the story along with it. And it’s not at all clear to me how arbitrary interactivity is inherently valuable enough to make this tradeoff meaningful to anyone, whether creator or consumer. At best, I’d expect that any interactivity will be infrequent, highly intentional, and finely controlled. And more than likely, only in the form of supporting content to the main event.

Why is control so important? Is it pure anti-progress Hollywood ego? Absolutely not. The hundred-year history of the language of cinema has many examples of its evolution and adoption of new technologies.

I like to tease my silicon valley friends by stating that filmmakers have been augmenting reality since editing was invented in 1903. That’s because, beginning with editing (which is how filmmakers augment time and space, among other things), and on through the adoption of technologies like color, sound, and visual effects, we’ve gone to greater and greater lengths to augment every aspect of the reality we’re constructing so that we can tell our story in the best way possible.

By controlling what you see and hear, how you move, which people exist, how they look, the words they say, time itself… (Believe me, if David Fincher could tap directly into your nervous system, he would.) we craft a reality that’s not at all about arbitrary control or egomania; it’s about achieving perfect immersion. We call this suspension of disbelief.

In other words, the entire point of cinema is to lose yourself into another reality that you temporarily accept as your own. This sounds a lot like the goal of cinematic VR, if not the goal of VR in general. 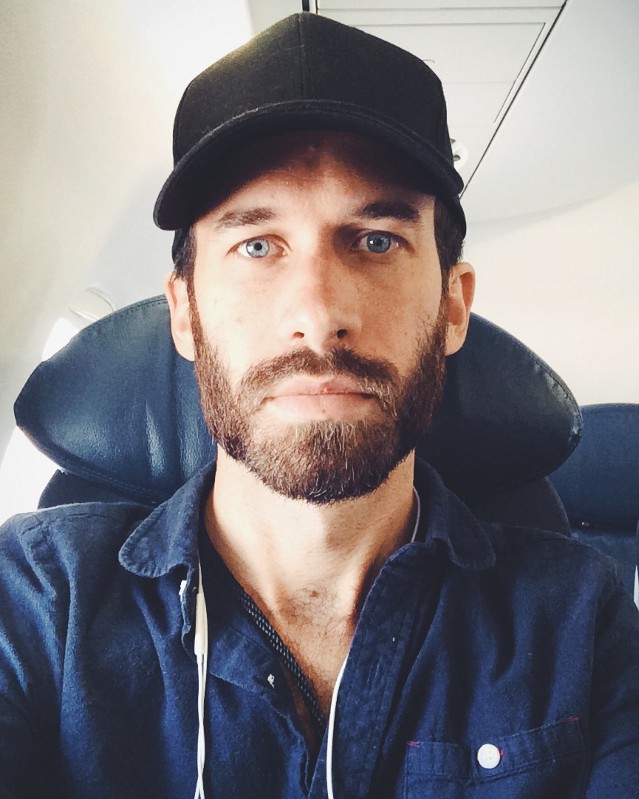 How many words would it take you to describe what I was feeling in this selfie?

And, just to bring it all together, seeing people in this reality is absolutely crucial because it’s how we hack into your evolutionary biology and make you feel different emotions at the right time in the story.

This is the reason closeups exist as part of the language of cinema; they convey in an instant the complexities of emotion that more recent slower forms of communication (like spoken and written language) can struggle to capture and convey.

Congratulations, you’re actually bilingual and Empathy was your first language. ☺

More than a mere form of entertainment, cinema is one of the most advanced languages we’ve ever created. It’s highly evolved, difficult to use, emotional, subconscious, multi-sensory, empathetic, and human.

Perhaps virtual reality is the future of video games. And perhaps having a screen on your face is totally awesome (your friend who bought a 3D TV will probably agree). But if virtual reality really is the future of cinema, it’s not just a departure from everything we’ve seen before in games and a millennia of storytelling, it’s a reversal of what we know works best, and it’s lacking in what we know is most important — all while supposedly striving to achieve the same goal. It’s time to be clear about what cinematic VR really is and what we might actually need to build to make it a reality.

[Editor’s note: This is a guest post by Armando Kirwin, a former film maker now working on the future of entertainment. The post went through PandoDaily’s usual editorial process. Mr. Kirwin was not paid for this post.]