A troubling story out of Berkeley tonight. Local journalist Darwin BondGraham has had his Twitter account suspended after tweeting a document obtained under California's Public Records Act.

The Tweet showed an email exchange between an employee and customer of law enforcement contractor, PredPol, which seems to show problems with the company's software. Graham Tweeted a screenshot earlier yesterday. 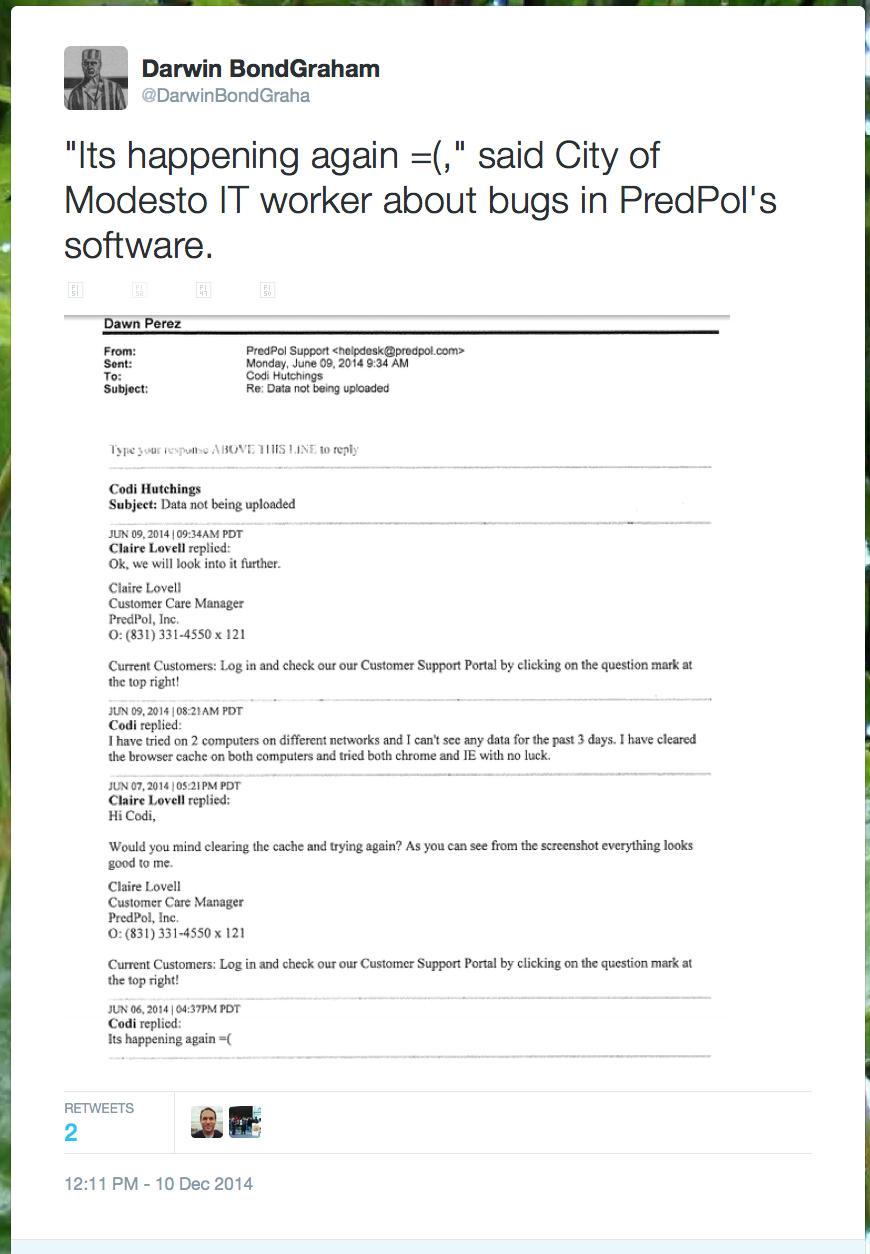 Shortly afterwards, the employee, identified as Claire Lovell responded on Twitter, asking BondGraham "Can you please not publish my personal information publically." The request was apparently in reference to Lovell's office phone number which is visible in the emails. 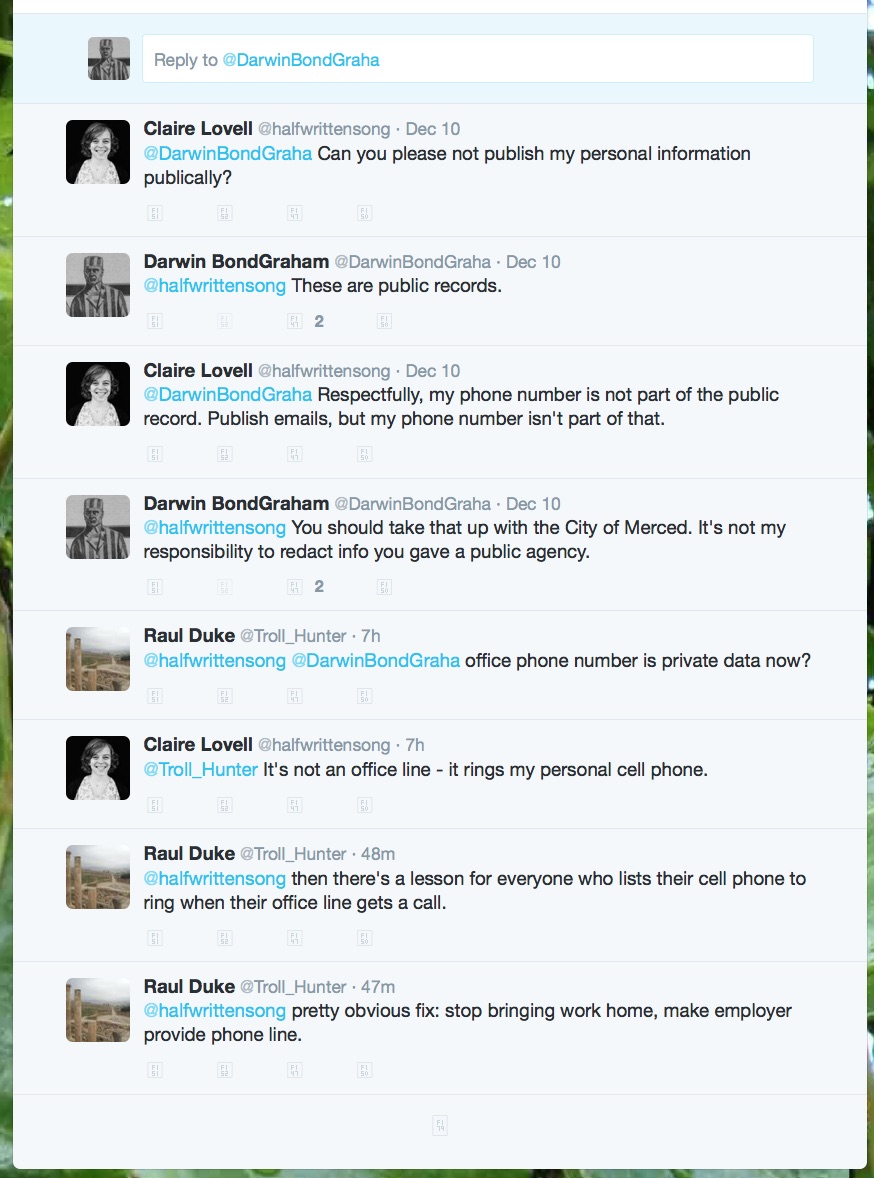 When another user responded that the information appeared to be her office number, and thus a reasonable part of the public records request, Lovell responded claiming that it in fact forwarded to her personal line. (Pando was able to easily locate the same number online, listed as the primary contact number for PredPol).

We have received a complaint from an individual that your account is in violation of the Twitter Rules (https://twitter.com/rules), specifically our rules regarding posting information or images that the individual claims as private. In response to this complaint your account has been temporarily suspended. 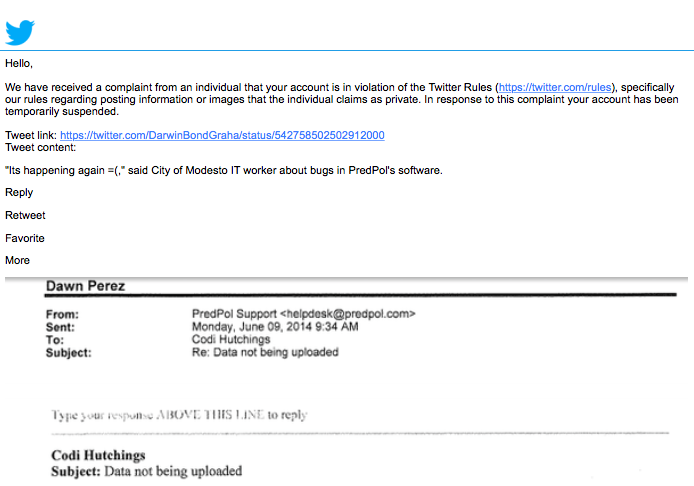 BondGraham explained to Pando why he posted the email exchange: "It was just a standard record request. I read through it like I always do. I took a couple of screenshots of pages I thought were interesting and that have public policy implications, and posted them on Twitter.”

BondGraham also claims he wasn't contacted by Twitter before they suspended his account. "I agree there should be someone who can arbitrate a disagreement and if someone is posting private damaging information, you should be able to appeal it. [But] they didn’t contact me at all until I got this email an hour ago saying, 'Your account has been suspended.'"

He also suggests it is hypocritical for Twitter to censor journalists for Tweeting public information: “Twitter is suing the government to try to allow itself to put out information about government requests for records on people. Twitter’s got all these First Amendment lawsuits fighting for its own speech,” he said. "I’m just angry. I wasn’t even trying to do anything about PredPol. Now I can’t tweet out the other stories I’ve been working on and interact with people. ”

Update: PredPol has responded that "We didn't ask to censor a journalist - nor would we ever. An employee, using their personal account, requested it without our knowledge."