"Where's the Panda guy?" Dispatches from the Pao vs Kleiner courtroom, Pt 3

Wedged into an alcove at a bend in the hallway, between the elevator banks and the women’s restroom, the gang of photographers ready their equipment for the emergence of Ellen Pao. It’s lunchtime on Thursday, and the tripod thicket is especially dense, thanks to a rumor that today Pao will take the stand. That was not to be.

The courtroom doors open, the crowd spills out and makes its way across the marble corridor, passing before the gaping lenses. It’s quiet – mixed in the clumps of walkers are members of the jury so any talk of the trial is verboten.

One cameraman, hunched and ready, calls out, “This her?” There’s no response. No, it’s a female juror who just happens to be Asian. Again the same man pipes up, “Is this it?” Again, no, it’s another Asian woman. Before the elevator doors close on me, he repeats his query once, twice. "Is this the shot?"

Plaintiff’s Attorney Therese Lawless: I’m just looking at the section “Al Gore dinners” in your [handwritten, then dictacted and transcribed] notes, did Ms. [Trae] Vasallo say the dinners at Al Gore’s tended to be all male?

Lawless: Permission to read from the document, Your Honor.

Judge Harold Kahn: Well, that is what this says.

Hirschfeld: Your Honor I understand what it says, I’m trying to provide some context.

Kahn: Can you just read what it says there?

Hirschfeld: The sentence says ‘So maybe there wasn’t room there for another person in the room but these meetings tend to be all-male.’ “Where’s the panda guy?” asks Kleiner Perkin’s lead attorney Lynne Hermle during a break in proceedings  Thursday. I raise my hand. Close enough.

Some people with Kleiner Perkins are keeping close tabs on the coverage the case is receiving.

Lawless: Ms. [Risa] Stack told you there had been a change of culture at Kleiner Perkins, that it used to be less hierarchical?

Hirschfeld: Yes. She said they were trying to figure out what they were going to be. That it used to be much smaller, much flatter, and partners did things by consensus and there was less hierarchy … but now the firm was getting bigger and becoming more bureaucratic.

Lawless: Did she tell you it was ‘individualistic, eccentric and egocentric’, were those her words, in your notes?

Hirschfeld: Yes, I do remember this now. She talked about the fact that the firm, as the others were telling me, that it seemed to be moving from a brand called Kleiner Perkins to a brand of individuals, that it was becoming a cult of personality rather than a partnership. There are reporters and bloggers of all shapes and sizes in the court (Old Media use PC's) and I’ve done my best to avoid reading their coverage, lest it influence me. Influence me to do what, I’m not quite sure, but it seems like the professional thing to do. I am, however, interested in the effect that coverage -- all those thousands and thousands of words -- has had in the wider world.

So, on Thursday afternoon, I headed to the Game Developers Conference (GDC), also underway in San Francisco, and hassled some of the dozens queued up for an Oculus Rift demo. Had any of the gamers heard of the Ellen Pao versus Kleiner Perkins trial? Almost to a one, they had not.

Things got slightly, but not much, better when I prompted them. Something along the lines of “the current CEO of Reddit is suing Kleiner Perkins Caulfield Byers for gender discrimination.” After that, roughly one in four thought they might have heard something, but were vague on details. A handful had heard about it on NPR, or seen a headline in a blog aggregator. A couple were able to recall something about a private jet and the Playboy Mansion. One said he had friends at Reddit who supported Ellen Pao and was pretty well versed in the case.

Later that evening, the issues of discrimination and harassment in the gaming community took center stage at GDC’s “1ReasonToBe” forum. On that stage, eight women took turns telling the story of their career within the videogames industry to a crowded hall –maybe 65% male – and each woman received a standing ovation, including for the “empty seat” presentation where tweets and comments from women who were not able or willing to be there were displayed on-screen.

Constance Steinkuehler -- who, among other positions, served as a Senior Policy Advisor to the Obama White House on matters relating to video games -- cited a 2013 study which found that 22% of workers in the videogame industry identified as female (just a hair above the 20% female ratio at Kleiner Perkins), and that 36% of videogame players were women over the age of 18.

“In tech, and especially the gaming industry, once you go far enough up the foodchain you become the only woman in the room,” Steinkuehler said over the course of a killer 15 minute speech.

"If you want to get angry Tweeting, this is the time to Lean In," she joked, prompting laughter and whistles and clapping.

“This year has been a shitstorm – I think that’s the technical term, and I can say things like that because I don’t work for the White House anymore. When so called “alpha males” sit around pooh-poohing about diversified gaming, I kind of feel a sense of accomplishment.” Or, in a message to those alphas, in words they understand: “I’m in your base, killing your dudes.”

Lawless: Ms. [Lila] Ibrahim told you it was hard for women to get a word in edgewise because the men had big voices and were boisterous?

Hirschfeld: Yes, well she said it didn’t necessarily have to do with gender, she said it could have been personality driven.

Lawless: In your notes didn’t you write that she said it was tough to get a word in edgewise with men with big voices who were boisterous?

Hirschfeld: She said that. And she said people didn’t understand if there was a true partneship track. Do you move up, or do you move out. Is there even a career ladder?

Lawless: And she told you, once again, that there was a silo-like atmosphere? She did. That was consistent with everybody. On my way home from GDC, I wandered into the Phoenix Hotel, in the Tenderloin. The hotel bar was playing host to a “tech writers meetup,” a thing I previously had no idea existed. While I’m not permitted to name names, I can say that the Pao trial was a hot topic. Also, I’d be letting Pando readers down if I didn’t quote the following exchange:

Reporter from New York:” Does anyone really care [about the Pao trial] outside of San Francisco?”

Reporter from San Francisco: “Honestly, probably not. [something I didn't hear] It’s mostly tech industry navel-gazing.” For the past two days, the court has heard the testimony of Stephen Hirschfeld, the private investigator Kleiner hired to investigate Pao’s gender discrimination claims and the first person I’ve ever seen wear safety goggles in court. 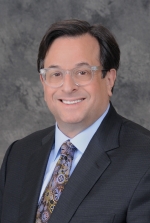 Hirschfeld has occupied the stand for roughly 9.8 billable hours and will continue on Monday, followed by Pao. The gist of his contribution is that, after interviewing Kleiner partners in 2012 to investigate Pao's claim, he determined that no gender discrimination had taken place, an assessment behind which he continues to stand. What he does attest to finding in those interviews is a firm in flux, with junior partners distraught and locked in often resentful competition for the attentions of their superiors and the rewards flowing from them. They would use any tool at hand to win – except, Hirschfeld insisted, their gender.

Lawless: And she told you that at some point she had been asked if she knew any of them?

Hirschfeld: Yes, something like that, there had been a discussion in front of her and at some point in the course of that they had asked ‘do you like her?’ ‘Do you have a favorite?’

Lawless: And you asked Ms. Pao if they could have been referring to the TV show Entourage?

Lawless: Did you ask if it was Jenna Jameson?

Lawless: Did you ask her about Sasha Grey?

Hirschfeld: Yes, in fact that is the woman from Entourage.

Lawless: And at that point do you recall [Pao’s attorney] Mr. Dolan got upset and asked you to move on?

Hirschfeld: Yes, and I did. The trial continues.