Agencies vs. Publishers vs. Tech: Who Owns the Future of Content Marketing?

From The Guest Posts Desk

The ancient Hopi tribespeople had a proverb: "Those who tell the stories rule the world."

Modern technologists have a similarly-sweeping observation, noted by investor Marc Andreessen: "Software is eating the world." In other words, old industries will eventually be revolutionized by software.

Given the annual billions now pouring into content marketing — where businesses publish content instead of buying advertisements — it's clear that the market agrees with both statements.

The question on marketing leaders' minds is no longer: Will content marketing revolutionize the ad and publishing industry?

Instead, it's: Who will rule, and who will get eaten? 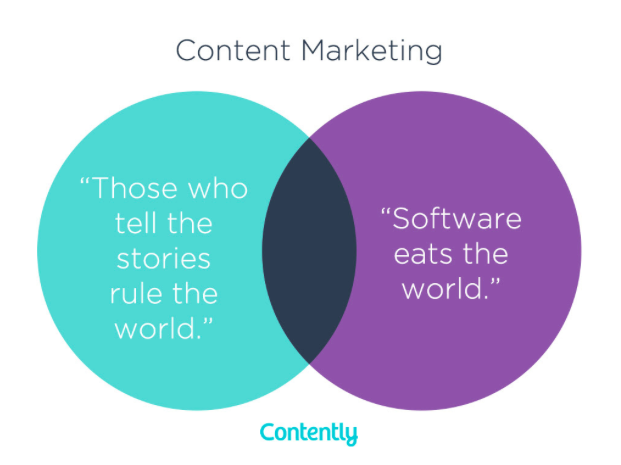 Everyone in the "old world" hopes for the former. So far, the incumbents — media companies and agencies (primarily PR and creative) — have played well with technology companies who might either aid or eventually disrupt them.

In fact, as brands have invested more and more money in content marketing over the past few years, we've seen these three major contingents attempt to seize an advantage: agencies going beyond billboards and commercials and offering their clients digital content marketing services; media companies launching "content studios" to create custom content for their advertisers; and software companies providing brands with the tools to do content marketing themselves.

Having co-created a content software company myself, I have a particular interest in answering these questions. But as a tech journalist, I know that these types of things often play out messier than Silicon Valley will predict. So I recently asked some of the smartest people in these industries for their perspective:

The case for agencies

BIG IDEAS: "Where the agencies have an advantage is in creativity," says content strategy consultant and former New York Times editor Neil Chase, who helped build American Express's groundbreaking OpenForum.com (Disclosure: a Contently client). "The best ones ... are the most likely to come up with great, crazy ideas. Because they're not publishing a magazine or newspaper or website, their thought process doesn't start with, 'What could we do in our current publication?'"

"Creative agencies," he says, "are dealing with the smallest paradigm shift moving into content marketing, whereas others are having to change their entire business model and skill set."

SALES: "Whoever owns the most relationships with the most advertisers has the biggest advantage," says Joe McCambley, Co-Founder of The Wonderfactory. "You can have a great content team, fantastic publishing expertise, you can be a PR rockstar, but if you don't have relationships with advertisers, you'll end up working on table scraps for small brands."

MULTI-CHANNEL THINKING: "The greatest advantage will go to those who adopt a distribution-centric mindset," says Steve Rubel, Chief Content Strategist for Edelman PR. "This, I believe, requires an earned media mindset and therefore the PR agencies stand to gain the most because they are channel and, increasingly, discipline agnostic."

But, warns John Hall, CEO of Influence & Co., "Right now Brands are paying big dollars for big ideas and strategy, but they aren't actually accomplishing much due to a lack of focus on execution. A lot of PR and marketing agencies focus on strategy at the expense of execution. Just focusing on strategy is like stopping at the starting line of a marathon."

The case for publishers

AUDIENCE: "The publishers have a distinct advantage that nobody else can quite match: Audience," Chase says. Media companies already have millions of viewers and readers in front of which they can place brand content, he adds. "When an agency creates content, it has to build or buy an audience ... It often takes additional investment, and they're usually starting from zero. "

PROCESS: Lindsay Nelson, Global Head of Brand Strategy at Vox Media says, "Certain publishers have the strongest advantage because they have the capacity to control the end-to-end process from content creation to publishing through audience targeting, distribution and reporting."

TALENT: Sebastian Tomich, SVP of Advertising and Innovation at the New York Times' T Brand Studio says, "Publishers have the greatest advantage in the future given that they have consumer-facing brands, own distribution outlets, and can attract the best talent."

In my own experience managing journalistic talent, this holds true: Great writers and editors generally prefer to work for big-name media companies than big-name agencies—though agencies have lured more than one editor friend of mine for a nice double salary.

RESULTS: Says Lucia Moses of Digiday, "The best examples seem to come from the publishers that are fully committed and are putting a lot of (human) resources behind it. Like the NYT, Quartz. But I've also seen a few brands that have figured it out (as well as any of them have) and are doing interesting articles and infographics that compete with traditional editorial—I'm thinking Intel, GE—that have hired bona fide journalists."

The case for software

MANAGE: For technology companies, the debate is almost moot: Irrespective of organization type, software is required to manage and measure effective content creation and marketing. "All these guys are fucked without back end technology to manage these complex relationships," says my colleague Joe Lazauskas, Contently Director of Editorial and Editor-in-Chief of The Content Strategist. Adds Influence & Co's Hall, "Firms that are able to combine service and technology are positioned to have a big advantage."

However, as content software matures, both agencies and publishers potentially face Andreessen's "eating the world" phenomenon from the tech companies doing business direct-to-brand. "I think technology companies like ours could get into this space and do really well," says Michael Brenner, former VP of Content Strategy at SAP and current Head of Strategy at Newscred.

CONTROL: "The overwhelming majority of marketers prefer not to outsource content," says digital marketing analyst Rebecca Lieb, who's done extensive research on the agency vs. publisher topic for Altimeter Group. Thus it seems likely that marketers will increasingly opt to control more aspects of their content marketing themselves as software allows them.

SCALE: "Some brands also have an advantage in the audience department," Chase says. "Maybe they have millions of people coming to their websites or apps for transactions. Maybe they have existing ways to communicate regularly with customers. Maybe their social channels are on fire." In these cases, a brand using strong technology might not need an outside partner to reach a lot of people.

Great publishing, since the beginning of mass media, has always revolved around three fundamentals: creating content, engaging audiences, and optimizing for better content and engagement next time. The faster a brand publisher can go through this process, the faster it will grow its audience. 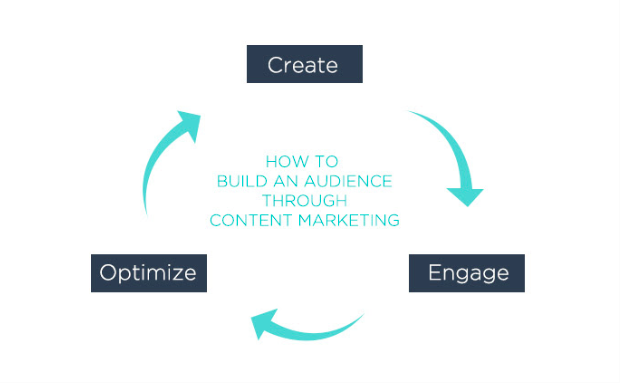 Given the current frenzy for content, I don't believe that either publishers or agencies will disappear from the landscape anytime soon. Brands need great ideas, and they need people who know content to run content—and content technology—for them. Ships need captains, so successful content marketers will need to hire someone to turn the steering wheel, whether that someone is in-house or at an agency or publisher.

Each group has enough advantages to win plenty of business in the near term. "No one kind of marketing company has enough built-in advantages to separate itself meaningfully from the others," says Michael Dyer, of the Daily Beast. 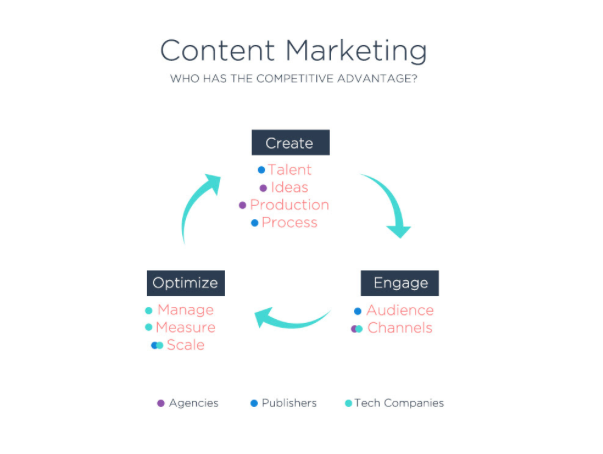 However, it's clear to me that each segment must use technology to double down on its strengths. "There will be winners from each category," says Dyer, "and they will be determined by the ability of individual companies to recognize that total business transformation is necessary to do content marketing at a world-class level."The fastest-growing media companies in history have typically had a technology advantage. Today's digital powerhouses—Vox, BuzzFeed, BusinessInsider, etc.—make use of fantastic software to create, engage, and optimize faster than media companies of past eras. In fact, Vox building Chorus, its famed content management software that has lured big advertisers and renowned journalists to its brand, is a huge blurring of the lines between publisher and software company. That sort of thing will likely happen more and more.

But just like media companies, whether the future of brand content belongs to agencies, publishers, brands themselves, or someone else will hinge on the ability to leverage a technology advantage.

The Hopi were right: History shows that, all things being equal, those who tell the better stories build relationships and win more people to their causes. But with great technology, those who tell the stories might just rule the world and eat it too.

Editor's note: This is a guest post by Shane Snow, Co-Founder of Contently and author of Smartcuts. The post went through Pando's usual editorial process before publication.